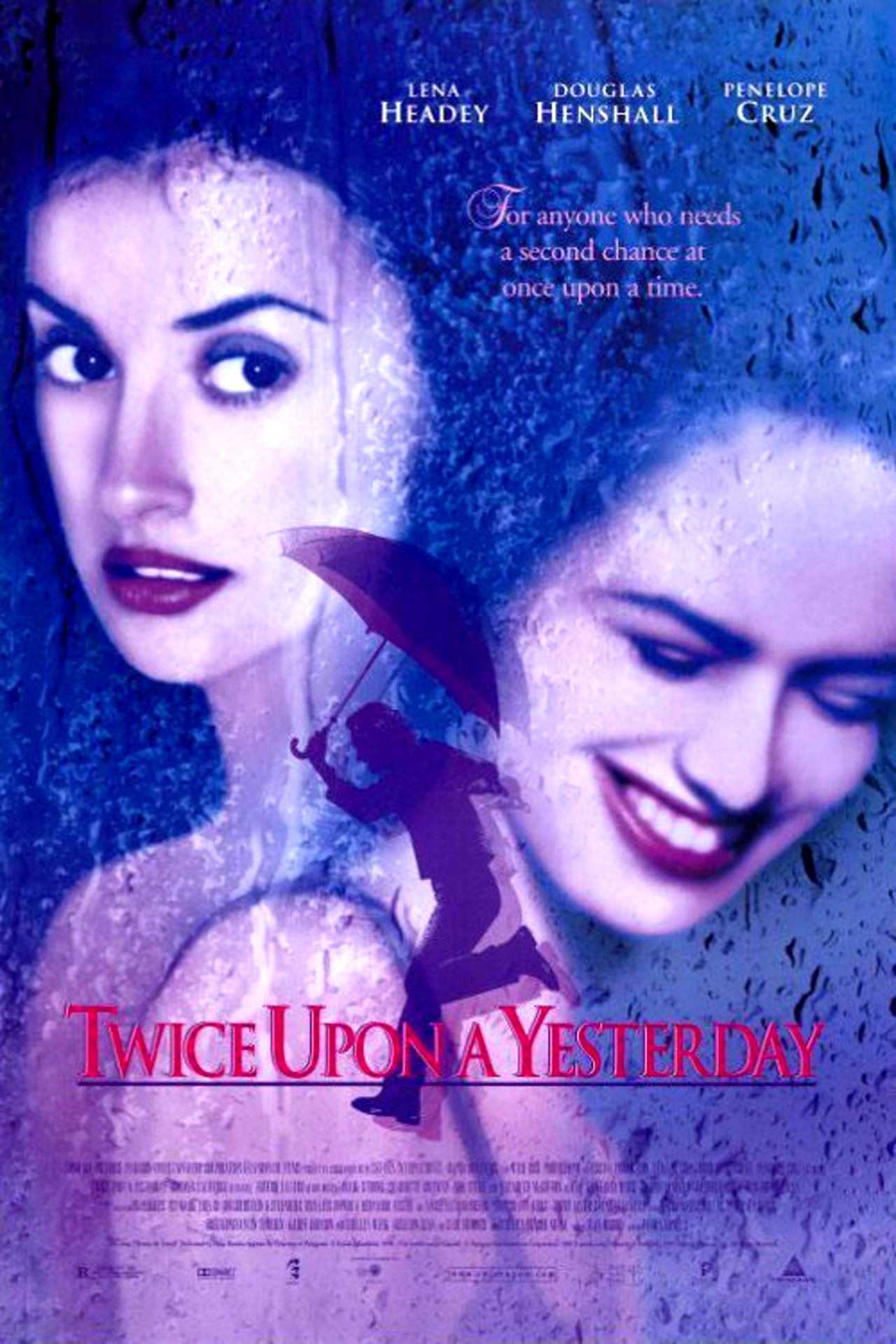 aka If Only; The Man With Rain in His Shoes

Struggling actor Victor Bukowski is heartbroken over his former girlfriend Sylvia Weld’s coming marriage to Dave Summers and deeply regrets how he confessed to Sylvia that he had an affair with a fellow actress that he thought he was in love with at the time. After getting drunk in a bar, Victor is given a battered umbrella by the bartender and is then picked up by two garbage men. He wakes up to find himself eight months in the past on the day that he confessed to Sylvia. He throws himself into trying to make things work with her. She then meets Dave and finds herself drawn to having an affair with him and breaks off with Victor. Victor goes on to become a successful sitcom star and then falls in love with Luisa, a Spanish barmaid. As Victor and Luisa become engaged, Sylvia realises that she does not love Dave and begins to regret her decision to leave Victor. After getting drunk, she is given a battered umbrella by a barman and is picked up by two garbagemen.

Part of the joy of the film is the cleverness of the plotting that allows each side of the coin that affects one party in the relationship in one version of events to be mirrored by the other party in the other version – thus male lead Douglas Henshall goes from having a fling that caused girlfriend Lena Headey to break up with him and seeing her become happily involved with Mark Strong to returning in time and throwing himself into the relationship to make amends, only for Lena Headey to end up having a surreptitious affair with Mark Strong that causes the relationship to break up, which she then regrets as Douglas Henshall becomes happily involved with and engaged to another girl, whereupon she is then greeted by the same Cervantes-quoting Spanish garbage collectors offering her a chance to return in time – a slingshot ending that gives the ambiguous hope that things may work out better this time. The pleasure of the film is in watching the well-plotted unfolding of this mirror scenario, something it conducts with considerable finesse.

The film also features a cast of relative newcomers who went onto make bigger names for themselves. Male lead Douglas Henshall, previously cast in light comedy tv parts usually as an upper-class twerp, radiates an enormous degree of natural energy. Lena Headey, at the time a plaintive and honest actress in films like Waterland (1992), The Jungle Book (1994) and Mrs Dalloway (1997) but who eluded the major stardom until tv’s Game of Thrones (2011-9) over a decade later, is very good. So too is the quietly beautiful Penelope Cruz (just before she broke through into the American mainstream, hung out with Tom Cruise and became a major name) as Douglas Henshall’s secondary love interest – one would have liked to see what she would be capable of had she say been given the lead part.

Even the minor parts are well played – with Mark Strong (another unknown actor who was on the way up) you can see both the sincerity he projects, yet also the way it fades into insincerity. The character of Carol, the girl that Douglas Henshall has his fling with, is a throwaway bimbo part – yet actress Heather Weeks makes the most of it, there being one excellent scene where, just following Henshall’s rejection of her, she has to torture him in the play and her own anger starts to blur in with the lines she is reciting.

The Spanish Maria Ripoll directs with a great deal of dexterity – she is one of the few directors who can allow subtlety and nuance of expression to tell the story in a scene far more than the dialogue does.

Maria Ripoll has made a number of other films after making her debut her. She subsequently made a further fantasy film with Utopia (2003), an interestingly complex film about a man who can see the future.