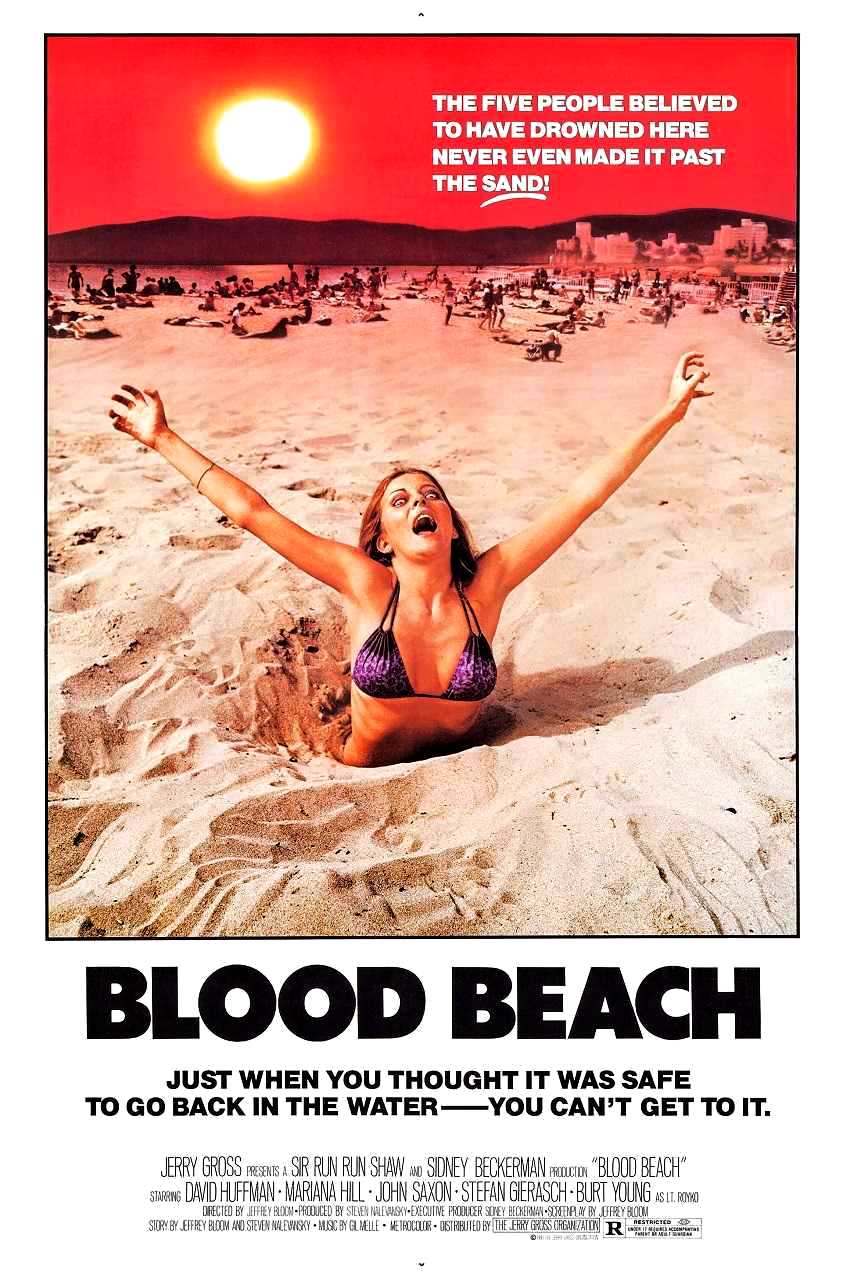 A Santa Monica beach community is terrorised by something that is devouring people on the beach, attacking from beneath the sands and spitting back their bared bones. The police are forced to close the beaches down. A coastguard and his former girlfriend conduct their own investigation, eventually finding a giant Venus flytrap monster beneath the piers.

On the whole a Not Much Of Anything film. Nevertheless, Blood Beach comes with an undeniable sense of humour that comes across rather likeably. The poster for example wittily lampooned the famous publicity by-line for Jaws 2 (1978) – “Just when you thought it safe to go back in the water, you can’t get across the beach.”

There are some amusingly eccentric characterisations – Burt Young as a vulgar detective who is constantly saying how much better things were back in Chicago; the wife who insists on describing every detail of her missing husband’s clothing. There is also B-movie veteran John Saxon, clearly having the best time he has had in years, delivering some highly amusing lines trying to explain the menace of the monster to the city council or listing the nutty reports of the monster’s sighting.

Ultimately, it is not enough to get Blood Beach through its glaring lacks – like a failure to explain anything at all about the monster and its uneven, undisciplined pace – but at least Jeffrey Bloom and Steven Malevansky’s dialogue proves a good companion on an otherwise tedious journey.

Jeffrey Bloom was onto several other genre items including the script for the horror anthology Nightmares (1983), writing-directing the alien visitor tv movie romance Starcrossed (1985) and having his greatest success in writing-directing the torrid Gothic melodrama Flowers in the Attic (1987).