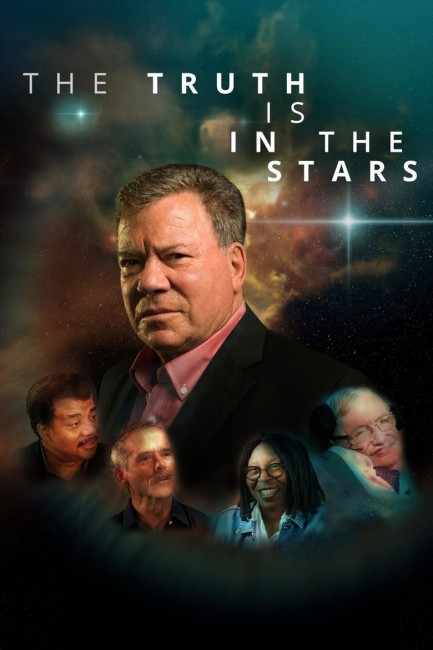 The William Shatner documentary is a unique beast. Over the last decade and a bit, Shatner (usually backed by various Canadian cable channels) has appeared in a number of these beginning with How William Shatner Changed the World (2005), although his beginnings in documentary go all the way back to the Erich von Daniken documentary Mysteries of the Gods (1977). Shatner has even directed some of these with The Captains (2011), Get a Life! (2012) and Chaos on the Bridge (2014). These are unique for the Shatner-centrism – as an interviewer, Shatner frequently talks over his subjects; as here, he doesn’t always have a good grasp of the subject matter; and, as in How William Shatner Changed the World, he can be demeaning to his subjects. Not to say, his documentaries are uninteresting – Chaos on the Bridge is a particularly good analysis of the problems that Star Trek: The Next Generation (1987-94) had in its embryonic years and Get a Life! a moving piece on Star Trek fandom.

The confusing thing about The Truth is in the Stars is that it is a documentary that seems to be made without a thesis. I watched the entire way through but I am still in the dark about what it was that Shatner and co were trying to make a documentary about. Usually a documentary will be about somebody telling a story of an event, undergoing a journey, setting out to investigate an issue, or prove or disprove an idea. However, it is not clear what the idea driving The Truth is in the Stars was.

A sense of the randomness of the exercise is evident in the opening scenes, which go from Shatner tending his horses on his Kentucky ranch and comparing this to the journey to the stars to his visiting The Starfleet Academy Experience then meeting Ben Stiller and finding he is a Star Trek collector who owns several original memorabilia items and then the two of them discussing Einsteinian Relativity.

For a time, The Truth is in the Stars seems to have a similar thesis to How William Shatner Changed the World, which asked how much Star Trek (1966-9) has influenced real world innovation. This seems to ask (at times) how the future of Star Trek will come to pass. This is actually an interesting idea as there is such a gulf between the fictional Star Trek and the realities of space and humanity’s likely journey to the stars that an exploration of this could have made for interesting material.

At other times, Shatner interviews various celebrities who talk about the influence of Star Trek on their lives. It becomes apparent that much of the documentary is centred around Shatner being able to get some interview time with Stephen Hawking. Thus in the interviews with the other celebrities, Shatner is reduced to asking them what questions they would ask of Hawking. The actual interview with Hawking forms the concluding scenes and it is almost as though the rest of the show was a series of random science and Star Trek-related interviews that had been thrown in to pad out the running time.

It is also quite clear that Shatner has little to no grasp of the subjects he is talking about to the scientists – he even confesses at one point that he is an ignoramus. During the interview with Ben Stiller, you get the impression he has just discovered the notion of relativity for the first time and brings it up “Hey, did you know that time stops at the speed of light?” – in actuality, time doesn’t stop at lightspeed, the person travelling at lightspeed appears to slow down from the viewpoint of a relative observer but they themselves would experience time normally – and the two sit talking about it in their hilariously uninformed way. Shatner interviews celebrity scientist Neil deGrasse Tyson and raises the issue of entanglement – a term used in quantum physics to refer to the way that similar particles operate in tandem at a distance – but this somehow turns into a conversation about how humanity is made of the same stuff as the iron meteorite on display at the Hayden Planetarium.

When it comes to the celebrity interviews – Stiller, Jason Alexander, Whoopi Goldberg, Seth MacFarlane – it is hard to understand why they have been included. In regard to having any relevant input as to the film’s nominal thesis that ‘the truth is in the stars’, Goldberg offers the insight that the future will always need artists and that is about it. MacFarlane has clearly been interviewed before his blatantly Star Trek-influenced tv series The Orville (2017– ) premiered, which I am sure would have made the conversation much more interesting than it is.

The documentary is more interesting when it comes to its scientists – Tyson, Neil Turok, environmentalist David Suzuki, physicist Michio Kaku, astronaut Chris Hadfield, who all, by simple dint of speaking with the voice of expertise, give some conviction to their stories. For all his habit of overriding his interview subjects elsewhere, Shatner appears to have learned his lesson and just lets them talk. More than anything what comes through is Shatner’s awareness of encroaching age – he turned 86 a few months before The Truth is in the Stars premiered – and this permeates many of his interviews in Shatner’s wry, self-deprecating way.

The big set-piece that The Truth is in the Stars is centred around is Shatner’s meeting with Stephen Hawking. Shatner travels to Cambridge, sits contemplating life in the grounds and cathedral, goes punting on The Cam. The interview never produces the big insights into life, the universe and everything that Shatner and the film seem to think it will in the lead up. The two men exchange pleasantries where Hawking, despite his immobility, displays a wry sense of humour. He invites Shatner to stay for dinner – something that clearly the camera crew were not. Afterwards, Shatner comes away clearly awed and even compares the experience to being in the company of a holy man.