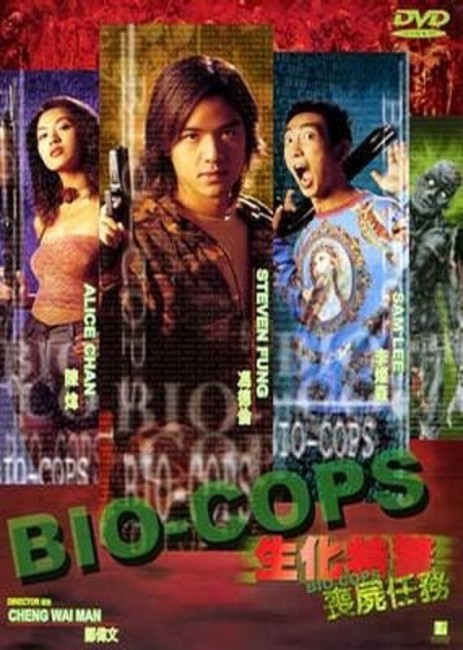 The scientist Harry returns to Hong Kong from Texas where he has been working on the Painless Warriors Project where he has been attempting to create zombies for military usage. However, Harry has been bitten by a zombie test subject and is in the process of becoming one himself. Arrested, he is placed in a jail cell where he succeeds in biting and transforming a group of petty triad hoods into zombies. Soon a group of assorted police officers and hoods are forced to besiege themselves in the station against a zombie onslaught.

Bio-Cops is a Hong Kong zombie film. Although rather than having any allegiance to the zombie films of George A. Romero, it falls more into the vein of a Hong Kong screwball comedy. The horror element is slight and there is little in the way of effects or splatter. Instead, what we have is the frothy silliness of characters hysterically running about that Hong Kong filmmakers call comedy (the so-called mo lei tau genre).

As such, Bio-Cops is occasionally unpretentiously enjoyable. The film comes at a fast pace, filled with sharp, witty reversals and often amusing scenes – the police chief offering up the protest mob outside the door just as the zombies start to chew on his leg; the crime boss ordering his men to stand in front of him as the zombies close in only to find them having fled through the bent bars into the other cell. Slight but silly fun.