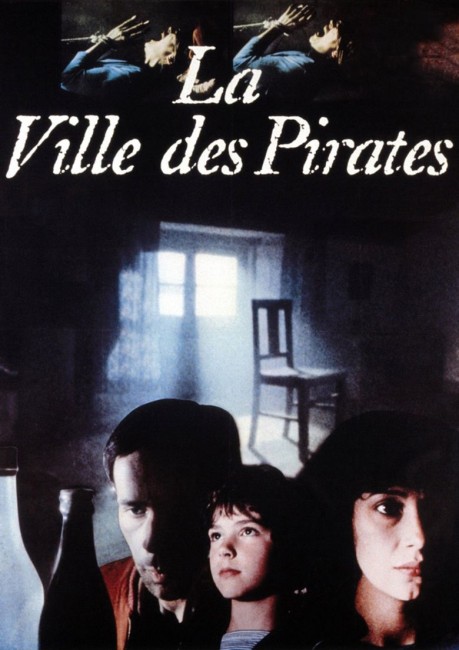 Isidore and her adopted mother and father, who are both magicians, settle in a house in the seaside village of San Sebastien. There a ten year-old boy Malo appears and kills both of the parents. Isidore travels with Malo to the Isle of Pirates. There she is captured and imprisoned by the strange Tobi. As the two of them fall in love, she comes to see that Tobi has multiple personalities.

One thought the ghost of the French Nouvelle Vague (New Wave) died in the 1960s but regrettably, it lived on well after in Raul Ruiz, a Chilean filmmaker based in France who inexplicably gained a good deal of critical acclaim from the festival/awards crowds during the 1990s and up until his death in 2011.

City of Pirates is a tedious ramble through disconnected images and bizarre inconsequentialities and inversions. However, two hours of random stream-of-consciousness non-sequiturs without any clear point as to why is a chair-squirming yawn that drives one up the wall. Occasionally, Ruiz’s images are striking – paper boats being floated in a dead man’s blood or the opening moments where Duarte De Almeida makes a ball to his bidding. Anne Alvaro’s languid central performance is far better than this vapid rubbish deserves.