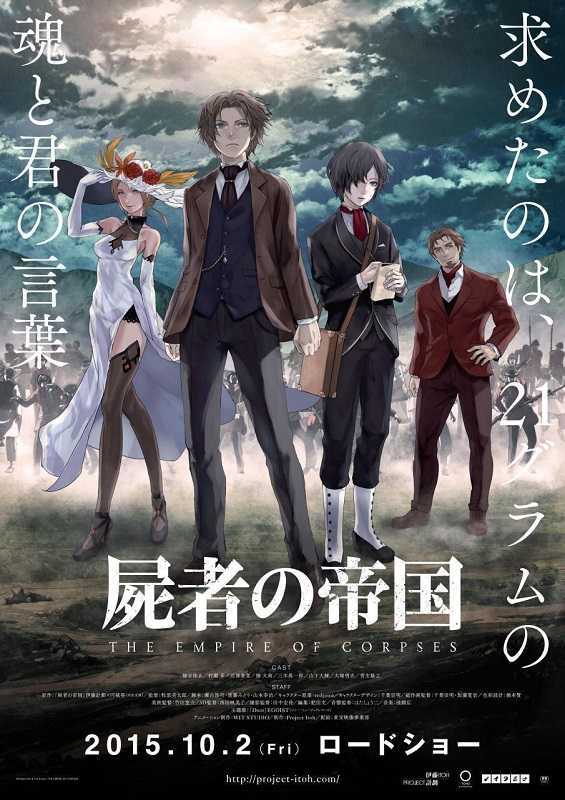 London, 1878. Following the experiments of Dr Frankenstein, countries around the world have started employing resurrected corpse technology in combination with Charles Babbage’s analytical engines, employing the revived dead as soldiers and menial labour. Dr John Watson has revived his friend Friday and is seeking the holy grail of the Frankenstein experiments – being able to reanimate a corpse with its soul intact. However, Watson is arrested for conducting illegal corpse technology experiments. He is then asked to aid the British Empire by M, head of the secret service. They are in search of The Memorandum, the notes of Victor Frankenstein that are believed to hold the secrets of resurrecting corpses along with their souls. In a journey that takes Watson from Afghanistan to Japan and the United States, Watson heads in search of The One, Frankenstein’s creation, the only corpse revived with a soul and able to speak. As he finds, The One has been using the Memorandum to create an empire of corpses.

The Empire of Corpses is an anime based on a book by the Japanese science-fiction writer known as Project Itoh. This was the pseudonym of Satoshi Ito who died in 2009 at the age of 34. At the time, Itoh had only released two novels but left behind two others that were posthumously published, as well three collections of short stories and two of movie reviews collected from his website. His work received a number of awards, including the prestigious Philip K. Dick Award upon being published in English. Itoh has also proven popular in terms of film adaptations. This was the first of them and was based his posthumously published final novel The Empire of Corpses (2012). This was followed by two other films Harmony (2015) and Genocidal Organ (2017), both also anime. The Empire of Corpses was the second film of Ryotaho Makihara who had previously made the android film Haru (2013).

The surprise in watching The Empire of Corpses is that it a tale in the vein of the grand crossovers between fictional characters reminiscent of the works of Philip Jose Farmer, Kim Newman and in particular Alan Moore, whose The League of Extraordinary Gentlemen graphic novels seem to have influenced Project Itoh. The plot winds in all manner of cameos from characters from fiction and history including John Watson, alias Sherlock Holmes’ companion Dr Watson; Alexei Fyodorovich Karamazov from Fyodor Dostoevsky’s The Brothers Karamazov (1880); a secret service head named M, which would seem to tie to the James Bond series; the android Hadaly, which comes from the French SF novel The Future Eve (1886) by Auguste Villiers de l’Isle Adam; the use of Charles Babbage’s real-life plans for an analytical engine (an early model of a computer), and real-life figures like Captain Frederick Burnaby, Thomas Edison and US President Ulysses S. Grant. There is also a cute mid-credits coda that takes place five years later and reveals that Watson would later team up with Sherlock Holmes and that the android Hadaly is now going by the name of Irene Adler, who is frequently written in as the one woman who turned Holmes’s head.

On a nominal level. The Empire of Corpses could be a zombie film but it builds something fascinating and original out of the premise – an entire alternate Steampunk version of the 19th Century where the resurrection experiments of Dr Frankenstein have led to a science based around resurrected corpses that is employed by every nation of the world, resulting in new types of warfare and a slave labour race. This is combined with an epic continent-spanning chase for Frankenstein’s notes that will allow a dead person to be reunited with its soul.

All of this is handled by Ryotaho Makihara with some imagination. The complexity of the story and ideas and references at play hold a good deal of fascination. I particularly liked the potent scene in the middle where Friday is being driven frenzied by the sonic wave and in the midst of fighting against it tries to gesture to Watson by raising a pen against his nose, their agreed symbol of letting the other know that his soul is back.