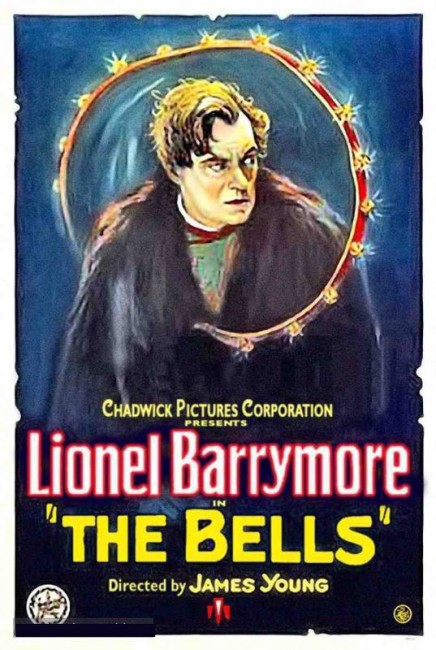 A village in Alastia at the bottom of Mount Snowtop in the year 1826. The kindly innkeeper Mathias is greatly in debt to Jerome Frantz but is planning to be voted burgomaster. In the hope of buying the townspeople’s votes, he is freely allowing them drinks and tabs on credit. As Christmas comes, Mathias sinks deeper into worries about money. Baruch Koweski, a travelling Jew from Poland, arrives at the inn. When Mathias sees that Koweski is wearing a belt of gold pieces, he follows his sleigh and kills Baruch with an axe. Mathias passes the gold pieces off as an inheritance from his uncle and is left a wealthy man even after he uses them to alleviate his debts. However, as Mathias is voted burgomaster, Baruch’s brother Jethro arrives, determined to find the murderer. He announces that he will employ The Mesmerist, a hypnotist who has the uncanny ability to find the truth. Amidst this, Mathias is haunted by his guilty conscience, seeing visions of the dead man and hearing bells everywhere he turns.

The Bells is a classic silent film. It was an adaptation of Le Juif Polonais (The Polish Jew) (1867), a play by the French writing duo of Alexandre Chatrian and Emile Erckmann. This was translated into English as The Bells (1871) and proved to be one of the major successes of stage actor Henry Irving, as the film’s credits proudly note. There was also an opera adaptation in 1900. The play was also filmed as the silent The Bells (1918), an English language sound version in 1931 and a French-language version also in 1931.

The title The Bells has led to some confusion with the Edgar Allan Poe poem The Bells (1849) – the video cover of the film here announces that it is based on Poe, even though Poe’s name is not mentioned on the credits or anywhere else. That said, the poem and the film’s repetitious use of the bells as a motif is not unlike the premise of The Tell-Tale Heart (1843) where a murderer is haunted by the sound of his victim’s beating heart.

The Bells is largely a conscience story. There were a number of other works during the silent era such as The Avenging Conscience or “Thou Shalt Not Kill” (1914), The Sorrows of Satan (1926), even Alfred Hitchcock’s Blackmail (1929), which all played out on the theme of a murderer being haunted by guilt. They took their lead from Edgar Allan Poe’s stories like The Tell-Tale Heart and The Black Cat (1843), which concern murderers being haunted by their acts. This type of storytelling tends to sound a little winsome and twee when seen today – such as elements here like the black-hearted villain who has such evil intentions as … marrying the kindly innkeeper’s daughter.

The Bells is shot with a richly detailed sense of mise-en-scene. The actors seem to be getting into their character roles, with the central part played by Lionel Barrymore (Drew’s great uncle) in his first of many screen appearances. Boris Karloff’s sinister hypnotist has been clearly modelled on the title character in the Expressionist classic The Cabinet of Dr Caligari (1919) – this is Karloff in a bit part several years before he became a horror icon as the monster in Frankenstein (1931).

James Young has a lot of fun once the film reaches horror movie territory – with Lionel Barrymore being haunted by apparitions of sleigh bells, his hands becoming stained after handling the money, the ghost of the dead Jew appearing before him, dreams where he is dragged up before a court and a noose appears above him.

The film reaches a truly incredible ending where the ghost of the dead Jew appears before Lionel Barrymore, outlined against the glow from a cross whereupon Barrymore suddenly announces that he has repented from his actions. The End. It is astonishing to even contemplate such a time when an ending like this could be pushed off on an audience.