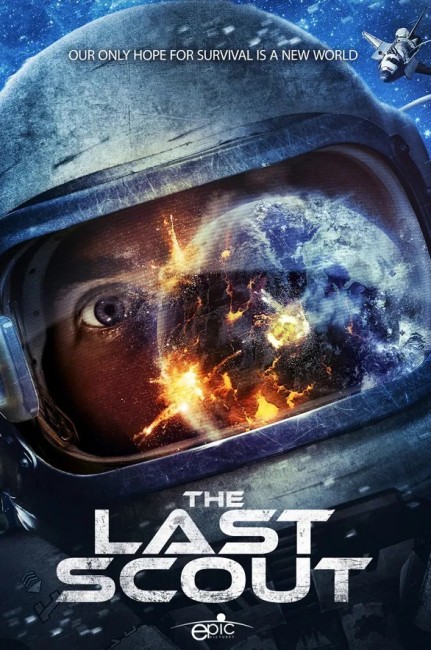 In 2068, the Earth was destroyed by nuclear war. The survivors set out in spaceships to find another habitable planet on which to relocate. Seven years later and the crew of the Pegasus have gotten nowhere in their search. The engineer Gerry breaks it to the captain Jon that following an accident they no longer have enough fuel to make the return journey. The Pegasus comes across a Chinese ship where all of the crew are dead of unclear causes. They bring a young boy survivor Jay back on board despite warnings from some of the crew. It then appears that Jay might be killing members of the Pegasus crew.

The Last Scout was the second directorial film for Simon Phillips. Phillips has been working as an actor since the early 2000s but has also produced a number of films including The Last Seven (2010), Airborne (2012) and Strippers vs Werewolves (2012), among others, as well as writing the screenplays for several films and creating the tv series’ Age of the Living Dead (2018- ), No Easy Days (2018- ) and Dystopia (2019- ). Phillips previously made his directorial debut with the non-genre action film Riot (2017). Besides directing and producing The Last Scout, Phillips appears on screen as the bearded crewmember who goes crazy towards the end.

I have seen a good number of low-budget space films before. See Prometheus Trap (2012), Dark Space (2013), Scavengers (2013), Earthrise (2014) and Starship: Rising (2014) to name a sampling. These succeed or fail depending on whether or not they can maintain passable effects and/or sets that suggest we are believably on board a spaceship. The failing of one or other of these can be injurious to a film – the notorious Space Mutiny (1988) is sunken by a failure of both.

All of that said, The Last Scout does a surprisingly decent job of depicting life on board a ship. The sets are not extravagant but believable and Simon Phillips portrays the crew at work with a reasonable verisimilitude. The special effects in the exterior shots are modest but quite good – we even get the depiction of an astronaut on an EVA mission in the opening scenes.

The only real problem with the film is its overall sense of drama. There’s the mission and a tragic ending. In between however, there are various strands of drama – tensions on board the ship over the lack of fuel, the investigation of the abandoned Chinese ship, the bringing of the Chinese boy back on board, someone murdering crew members – but they all seem B plots. None of them majorly drive the plot. You keep feeling that aspects like the abandoned ship could have been made out into far more of a mystery than it is (we never even find what killed that ship’s crew) or that the mystery about who is killing people could have been drawn out for much more in the way of tension.