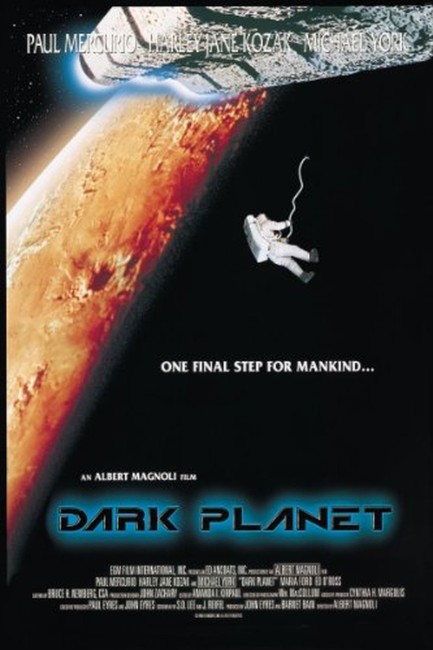 In the year 2638, the Earth is divided into two warring factions, the genetically advanced Alphas and the mutant and ordinary human Rebels. As they come to the end of the sixth World War, a bipartisan mission between the two sides is mounted aboard the spaceship Scylla. It is planned that the Scylla will travel through a wormhole to investigate the Dark Planet there, which gives indication of being the first other planet discovered to be capable of supporting human life. To get there the crew have to trust the cocksure war profiteer Hawke, the only person to have navigated the wormhole and survived. However, the mission is endangered by distrust between the two factions and the overly authoritarian Commander Winter.

Dark Planet is a routine released-to-video space opera of little distinction. Certainly, the story is interesting and with another director or even a better budget, it might have been a decent science-fiction film. Alas, Albert Magnoli – whose greatest and only moment in the sun was Prince’s first cinematic vehicle Purple Rain (1984) – is a poor director. The film is cheaply lit and photographed and the effects substandard.

The cast are a group of former never-quite-rans – Strictly Ballroom (1992) star Paul Mercurio and Harley Jane Kozak from various minor tv series. The show is dominated by a furiously elocuting Michael York as the mission commander.

Dark Planet is also produced by John Eyres, director of Project: Shadowchaser (1992) and other B sf/action films.