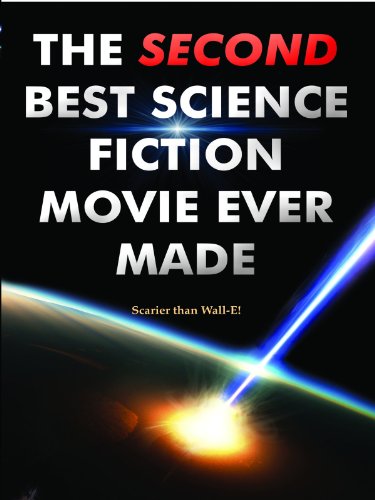 aka Return to Provenance

Several years ago, aliens abducted the eight-person crew of the space shuttle Deliverer. The crew soon came to enjoy the paradise on the aliens’ homeworld and had no desire to return home. However, after removing their helmets, airborne infections caused the crew to mutate and develop unusual abilities. These mutations also caused some of the crewmembers to become power hungry. To prevent their world being torn apart in a war between the two factions, the aliens have now decided to send the eight astronauts back o Earth for several hours to fight it out amongst themselves. Landing, the two groups of astronauts, each with different powers or physical mutations, set out to make the rendezvous point at a suburban school whilst eliminating the competition.

Running this site, I get sent a good many films made by novice filmmakers, usually hoping that they have created something that can be regarded as a calling card to the industry to allow them go onto better things. I try to be as generous to these as possible, to hold back a little on the scathing cynicism you might reserve for studio releases, at the same time as not compromising my natural reactions. Making a good film is not necessarily anything to do with having the full resources of a studio behind you (although it can certainly help). Sometimes you have to look at films in terms of their potential, especially when B or further down the alphabet budgets are involved. Often there is a germ of something clever and the promise of style trapped inside low-budget production values; certainly, there have been a number of minor gems that have turned up in the mail. On the other hand, while trying to be as generous as I can to The Second Best Science Fiction Film Ever Made, I have to say it isn’t a particularly good film.

For a no-budget amateur film to call itself The Second Best Science Fiction Film Ever Made, suggests either a sense of self-importance only slightly less than the size of the planet Jupiter or else a sense of irony about its own shortcomings. Anticipating the latter, I watched The Second Best Science Fiction Film Ever Made expecting either a quirkily amusing genre parody or else a film that planted tongue in cheek and mocked its own no-budget shortcomings. All of that said, I reached the end of the film and still remain baffled as to the significance of the title.

The major problem with The Second Best Science Fiction Film Ever Made is that it is never at all clear what is going on. The plot suggests a madcap version of X-Men (2000) – two rival teams with super-powered abilities and mutations at war with one another – with a few dashes of The Quatermass Xperiment/The Creeping Unknown (1955) – astronauts return to Earth mutated by contact with aliens – and everything played out as though it were an episode of The Amazing Race (2001– ). The film appears to have been shot in smalltown/suburban USA using primarily outdoor locations (there are no credits for production designers, art directors or any kind of set builders).

The whole of the film consists of the two teams running around apparently at war with one another. They have super-powers, although it is hard to tell if these are meant comically or not – one of the members appears to be unable to stop running; a duo do gymnastic routines wherever they appear; the female captain has a funny digitally altered voice and for no apparent reason turns into a blind man who eventually takes off his shades to reveal green glowing eyes; another crew member turns into a young girl, although periodically her head swells up until it looks like a giant latex version of Edvard Munch’s The Scream (1893); another crew member hunts the others with a bow and arrow, alternating his mission of elimination with flirtatious gay come-ons.

There is a brief explanation of all this being due to the astronauts visiting an alien planet and being mutated by the pathogens in the air, although this only takes up about 30 seconds at the start and fails to clarify much. Take this away and what is happening in the film would go from merely to totally incomprehensible.

In all of this, it is difficult to discern what the filmmakers were trying to do or say. It is not even particularly possible to tell if the tone is meant to be tongue-in-cheek or serious – or, if the former, what it is the filmmakers were trying to send up. There are a number of advantages to working outside the studio system and making low-budget films like this – of being able to make your own film and hold true to your creative vision; the corollary of this is that by working through the studio process, script material is filtered through agents and readers before it even gets there and almost always producers end up discarding ideas that are incomprehensible, baffling or downright unintelligible. The Second Best Science Fiction Film Ever Made is a film that could have been improved immeasurably by giving the script to an objective outside reader before shooting.

The performances given are passable, some even reasonable – LaMont Chambers’ unflappable cheer, Stephanie Lim as the little girl – although some of the minor supporting roles let the show down – notably the totally flat reactions given by an old man watering his garden. The occasional visual effects look cheap. When it comes to the various fights and action scenes, director David Epstein has done little to study other action movies and learn how to stage fight sequences in any kind of dramatic way. A jaunty score run over everything, even sometimes the dialogue the actors are meant to be saying, an effect that quickly becomes irritable.