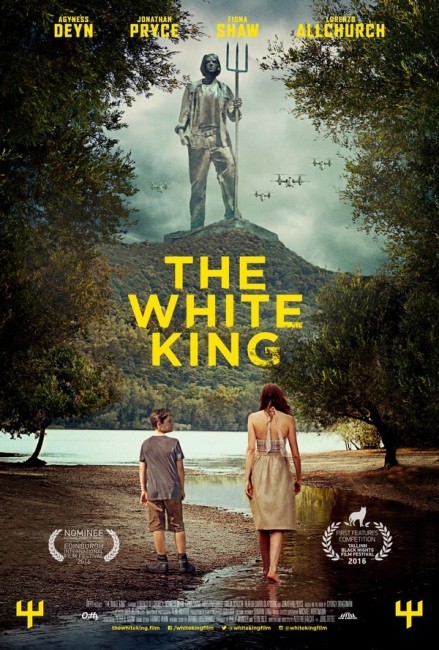 It is the near future. Husband and wife Peter and Hannah Fitz and their young son Djarta live in a totalitarian society that has been established on the ruins of the old. The security forces come to take Peter away because he has been critical of the regime, although he tells Djarta that he is just going to aid them with his expertise. Afterwards, Hannah struggles to maintain the household on her own at the same time as dealing with prejudice from the rest of the community because her husband has been labelled a traitor. Meanwhile, Djarta deals with bullies and the cruelty of the school system. Hannah becomes driven to extremes in her need to find out what has happened to Peter and plead for his release.

The White King (2002) was an acclaimed quasi-autobiographical novel from Gyorgy Dragoman, a writer who grew up in Romania during the period of Soviet rule and later moved to Hungary. Dragoman’s book describes life under Soviet control in an unnamed country and circles around a series of tales told from the point-of-view of an eleven-year-old boy whose father has been indefinitely interned by the state.

The film version of The White King comes from the husband and wife team of Belgian-born Jorg Tittel and British-born Alex Helfrecht. They make their feature-length debut here after previously working together on several shorts. The production was filmed entirely on location in Hungary and using some reasonably well-known British names in the cast.

Helfrecht and Tittel translate Gyorgy Dragoman’s unnamed Communist state to a dictatorship in the near future. The animated opening credits imply that the world has been built on the demolition of the old. The place where Lorenzo Allchurch lives with his family looks like a rundown Soviet-era community but the trip to visit the military base shows futuristic tech in the design of the cars and a chess-playing android/automata. That said, nothing more is said about the future beyond these details.

This makes The White King nominally into a dystopian work. On the other hand, it plays out in different ways to most dystopian films such as Fahrenheit 451 (1966), THX 1138 (1971) and Logan’s Run (1976) through modern examples like Equilibrium (2002) and Equals (2015), which usually feature plots about protagonists and/or forbidden lovers and their defiance of a cruel system that opposes their individuality. Where these other films focus on the cruelties of the system and (usually) one law enforcement officer’s disillusionment with it, Tittel and Helfrecht gives us glimpses of the world as seen through an at times uncomprehending boy and the effects the regime’s actions have on his mother. Most of these other films end with the protagonists making an escape or even conspiring to bring the system down. This by contrast ends with a defiant gesture of escape that, given how hi-tech the police state is, you cannot help but think is a futile one that would doom the entire family.

Necessarily, the film feels a lesser version than the trenchant prose Gyorgy Dragoman wrote on the page. Helfrecht and Tittel convey well the cruelties of the guards and functionaries of the regime – especially a sequence where young Lorenzo Allchurch is made to stand in the midst of a school parade holding a sign saying ‘Thief’ as a punishment, or some of the scenes with the bullies.

On the other hand, the venture inside the military base that seems to imply lesbian rape by Greta Scacchi is an awkward scene that only comes across as poorly handled. Other set-pieces – the venture into the forbidden territory and to the statue – seem to hold the promise of more than they deliver.