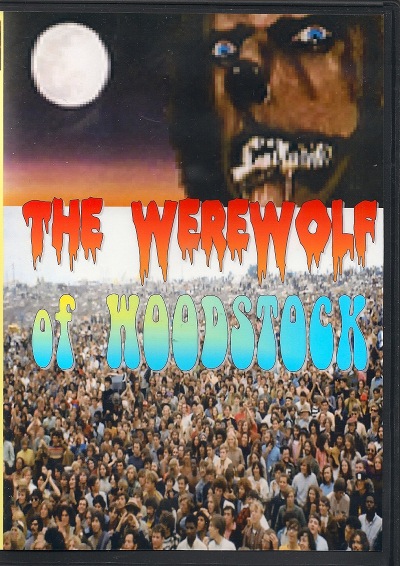 Bert Anderson, a farmer living near the grounds where the Woodstock music festival was held, goes and attacks the concert stage in disgruntlement one night. Just as he does, he is struck by a lightning bolt, which is further amplified by the stage wiring. He survives but is left bedridden. At the same time, a band arrives in Woodstock to record demo tracks in the belief that saying it was recorded at Woodstock will get them attention with record labels. At night, Bert transforms into a werewolf and goes out, attacking people in the area, including abducting Beckie, one of the band crew. As the local police attempt to blame the attacks on the band, Moody Silver and Kendy Byron, two detectives who have come to study the hippies, believe that the werewolf was created by the electrical shock that Bert received.

The 1970s was the era when the horror genre was just starting to plant its tongue in cheek and developed out the idea of the gonzo title. The way had been pioneered a few years earlier by I Was a Teenage Werewolf (1957) and Werewolf in a Girl’s Dormitory (1963). During this period, we had other such tongue-in-cheek werewolf collusions as Werewolves on Wheels (1971), The Boy Who Cried Werewolf (1973) and The Werewolf of Washington (1973). The amusing title mash-up here of course consists of the idea of placing a werewolf at Woodstock, the most famous of all music festivals that took place in 1969 and later spawned a documentary film Woodstock (1970).

The Werewolf of Woodstock originally aired as an episode of The Wide World of Mystery (1973-6), an ABC anthology series of feature-length episodes. The series was usually set around a murder mystery, although episodes would sometimes also feature horror and science-fiction stories. (Subsequent to its tv airing, The Werewolf of Woodstock went out as a standalone video release). The intriguing name on the credits is that of Dick Clark, most famous as the host of the long-running tv show American Bandstand (1952-89). Surprisingly, Clark has a number of credits as the producer of low-budget horror films during this era that include The Dark (1979), The Demon Murder Case (1983), Night Shadows/Mutant (1984) and The Power (1984).

The Werewolf of Woodstock is not very good. For a time, it gets along with a certain amusement derived from its title concept. There is the appealing scene where a description is given of the werewolf as long-haired and hairy and the police automatically assume the attacker is a hippie. This gets snide responses from the hippies “There we go [again] – trial by hair-length.” The film feature some prize moments like where the police decide to lure the werewolf by getting the band to play loud music – only for the werewolf to make a getaway by driving off in a dune buggy.

On the other hand, some of the hippie dialogue does seem awfully forced – clearly written by someone attempting to approximate how they thought hippies talked. Even more disappointingly, the film isn’t even shot at Yasgur’s Farm in New York State but in California. The werewolf makeup looks more like a tame greyhound than a ferocious wolf.

These films are always fascinating to watch for up and coming names that were not well known at the time. The lead detective is played Michael Parks who became a Quentin Tarantino regular a couple of decades later as flinty lawmen in films like From Dusk Till Dawn (1996), Kill Bill and Death Proof (2007), as well as gave memorable performances in Kevin Smith’s Red State (2011) and Tusk (2014). There’s a young Andrew Stevens who turns up as a hot-headed member of the band. There is also Belinda Balaski, later a Joe Dante regular, including appearing in his classic werewolf movie parody The Howling (1980), who plays the groupie who is abducted by the werewolf.