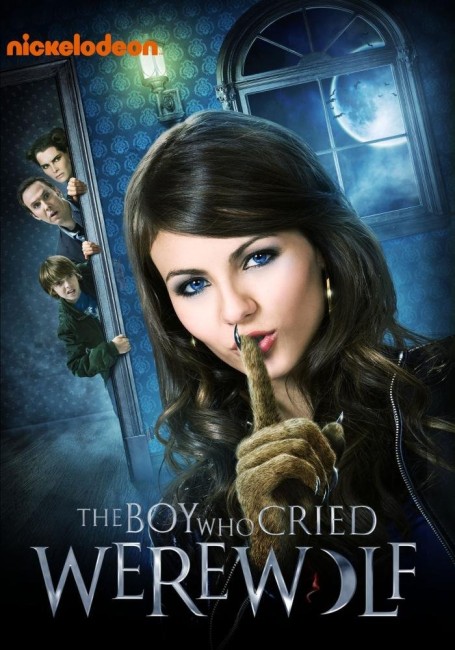 Thirteen-year old Hunter Sands lives with his older teenage sister Jordan and father David where they are all coping following the death of the children’s mother. Hunter gets in constant trouble at school with his horror-related pranks. They then receive news that they have inherited a castle in Wolfsberg, Romania from their late uncle Dragomir Vukovic. They travel to Wolfsberg to see the castle and are greeted by the sinister retainer Madame Varcolac. In exploring the castle’s hidden rooms, they find a laboratory where Jordan accidentally cuts herself on a vial of blood. Afterwards, Hunter sees that Jordan is starting to transform into a werewolf. His only hope is to find a cure before the end of the full moon – if not the change will become irrevocable. At the same time, they are caught up in the centuries-long war between the werewolves and the vampires of the region who are determined to gain possession of the castle.

The Boy Who Cried Werewolf (1973) was a largely forgettable werewolf film where the only distinguishing feature about it was the cute title pun that had been spun out into the film’s premise – a boy sees his father turn into a werewolf but nobody will believe him. At first glance, this film would to all intents and purposes appear to be a remake. However, that is not the case. Beyond the title, there is no resemblance between either film. In fact, the original is not credited and it may well be that the filmmakers were not even aware that it existed. This film has simply used the title pun to spin off an exceedingly light children’s tv movie for the Nickelodeon Channel.

The Boy Who Cried Werewolf 2010 exists in the same cute conceptual niche as other children’s monster movies such as Mom’s Got a Date with a Vampire (2000) and The Phantom of the Megaplex (2000). The title pun is strained and little in the film that ever plays out on the ‘boy who cried wolf/werewolf’ concept – at most, Chase Ellison is written in as getting in trouble at school for his horror pranks but this is soon forgotten. Where the first film was about a boy trying to get people to believe his father was a werewolf, this has a boy trying to deal with his sister turning into a werewolf. Here her being a werewolf is seen as not such a bad thing eventually and the third act of the film introduces a bunch of vampires as the real bad guys of the show with the young hero and his sister defending their legacy as werewolves.

Mostly, the film plays to children’s tv movie formula. As such, it is merely adequate – nothing great, while on the other hand nothing that insults the intelligence as many of these films are wont to do. As some works on the topic have – see Wilderness (1996), Ginger Snaps (2000) and Blood and Chocolate (2007) – the film equates female lycanthropy with sexual self-confidence – Victoria Justice makes an instant change from a nerd girl in glasses to looking hot and dressed to kill. In one of the more amusing scenes, we see her shaving her legs and coming up with clumps of hair that instantly grow back.

The werewolf effects, despite coming from top-drawer Hollywood company KNB EFX Group, are very so-so. The most fun being had throughout is by Brooke Shields who totally vamps it up with harsh and guttural East European accent as the maid.

Director Eric Bross has mostly worked in television and has made two ventures into the horror genre with Vampire Bats (2005) and Vacancy 2: The First Cut (2009).