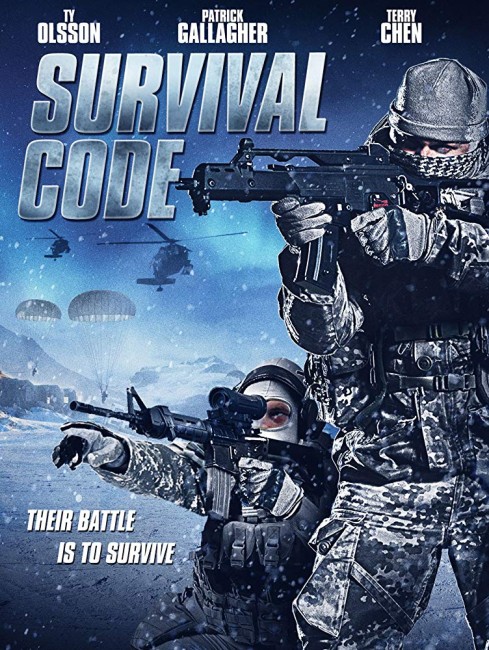 The year 2045. With Global Warming and the melting of much of its snow, The Arctic has become a newly uncovered land that many countries seek to claim. Vic Carbonneau, a former MMA fighter from Montreal, maintains Borealis, the Canadian sector, at the same time as running a bar that has become the centre of the settlement. When the body of dead archaeologist turns up, Vic tries to get to the bottom of the mystery but comes up against the Russians who maintain a nearby base and are notoriously troublesome. At the centre of the mystery appears to be a series of ancient Viking nails stolen from a Norwegian museum. At the same time, Alison Freemont, a scientist studying polar bears, accuses the Russians of having killed a protected bear for its pelt in contravention of international treaties. As problems increase in Borealis, the League of Nations send in an envoy to assess the situation and Vic is fearful they will attempt to annex the settlement

Borealis is a Canadian tv movie. It would appear to have been created as the pilot for a tv series that never went ahead. The two creative forces behind it are Andrew Rai Berzins and Andrew Wreggitt who had both worked together on Canadian shows like North of 60 (1992-8) and Tom Stone (2002-3). Berzins had also written genre works such as the vampire film Blood & Donuts (1995) and Beowulf & Grendel (2005). Elsewhere, David J. Frazee, who previously worked as a cinematographer, has been a regular director in Canadian-sot US tv shows.

I have my doubts if Borealis would have worked as a series. When much of the drama here is set around the international incident caused by the fight for a set of nails from a Viking ship, it seems just a little too low key to work. The location is a Canadian base set in the thawed-out tundra of The Arctic – a bar managed by Ty Olsson where it also doubles as an international border zone and he its administrator (the change denoted by him simply putting on an official coat).

There are several plots floating around concerning the murder of the archaeologist over the Viking nails, the double-dealings of the Russians and the encroachment of the League of Nations (which was actually the original name for the UN when it was set up in the aftermath of WWI) as their representative Christina Horne (who is also a Russian) moves in with the threat of annexing the outpost. Details about the future are drawn in scanty detail – some future tech, most notably an anti-gravity chamber that would appear to be some type of sexual simulation.

The plot keeps busy shuffling its elements and characters around. It kept my interest until the end, even though the science-fictional content beyond the setting seemed minimal. Whether an interesting series could have been sustained out of this, it is hard to say. If anything, it feels like it could have been the science-fictional version of Deadwood (2004-6), although the plotting here tends to standard formula rather than the complex and nuanced depths of the human condition that that show scoured.

Ty Olsson, despite being built like a refrigerator, has a certain charismatic stolidity as the hero. After his being introduced as a former MMA fighter, much of the plot is predictably wound towards the climactic situation where he has to enter the ring for a deadly cage match. The US dvd release and trailer tried to pump it up the action element and slapped it with a meaninglessly generic action movie title Survival Code.