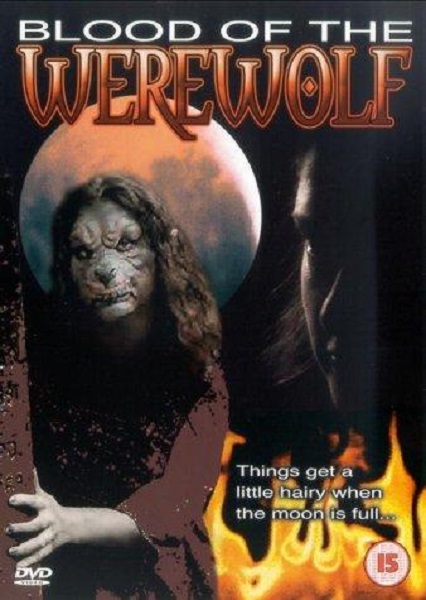 Blood Reunion:- Horror writer Edward Sparrow returns to his hometown. He looks up Jane Bradford, a girl he used to be interested in. However, he is kept from seeing Jane by her religiously crazy grandmother. At the same time, someone or something starts killing townspeople and Edward comes under suspicion. Old Blood:- Roberta is one of a centuries-old race of shape-changers. Her mundane girlfriend Charlene pesters Roberta to make her one of them. Manbeast:- A man runs through the woods, pursued by two hunters who regard him as a dangerous animal.)

Blood of the Werewolf is one of the horror anthologies from Brimstone Productions. Brimstone, run by director Kevin J. Lindenmuth, have produced a number of anthology films wherein Lindenmuth unites various short films on a common theme by independent filmmakers. These include Twisted Tales (1994), the Alien Agenda series beginning with The Alien Agenda: Out of the Darkness (1996), Creaturealm: Demons Wake (1998) and Monstersdotcom (2003).

As with any anthology film, the individual pieces in this werewolf anthology are variable. The first piece Blood Reunion is somewhat amateurish, especially when it comes to some of the less-than-effective makeup effects, but at least generates a modest degree of atmosphere and is competently acted. Alas the piece travels in predictable ways – the werewolf killer is exactly the person one expects it to be in the first place and the episode holds no surprises in its unfolding. The director Bruce G. Hallenbeck had reviously made Vampyre (1990) and Black Easter (1994), and subsequently went on to write a string of softcore genre films.

Much more interesting is the second episode, Kevin J. Lindenmuth’s Old Blood. A common theme running through Lindenmuth’s work – Addicted to Murder (1995) and the superb Worm segment in Out of the Darkness – is of an ordinary person caught in a relationship with someone non-human. Old Blood is a variation on Lindenmuth’s perversely alien relationships, with a lesbian wolf-woman’s mortal lover pestering her to be allowed to cross over and become one of the breed. This is a werewolf story that almost entirely takes place within the psychological aspects of the relationship without need for the physical depiction of any wolf or transformations. The exchange ceremony we do see leaves us not too clear what happened. However, the episode is a strong and original character-driven story.

The third episode, Manbeast is made by most of the same people involved with Blood Reunion. It too is a werewolf story that almost entirely takes place without need for physical transformations. The chase piece hovers in an interesting place of ambiguity where we are never sure whether the man being hunted through the woods by his never-seen pursuers is a man being hunted by werewolves or a werewolf being hunted by humans. The ending the piece reaches offers an unusual twist that is quite different altogether. The entire film is scored with heavy metal from various Italian artists, which is of variable effect depending on one’s tastes, although does at least add an effective driving pace to this episode.