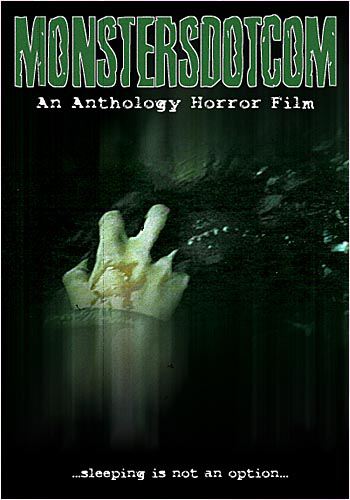 Shadows in the Garden

Spam:- Steve has Bob tied up in his own home at gunpoint. He believes that Bob is a monster that prowls the internet, emerging from the site monstersdotcom to consume victims, including having devoured Steve’s daughter Kelly. Bob thinks that Steve is crazy. While they wait, Steve follows some of the links from the website. Last Stop Station:- Jim, a tabloid journalist, comes upon a gas station in the middle of nowhere where the Grim Reaper refuels his car. He calls his colleague and friend Steve, believing they might be onto the story of their lives. Shadows in the Garden:- The town of Cthulhu Gardens is preyed upon by a killer that only emerges under the full moon. At Sarnath Botanics, the leafy mutated remains of the slain cop Lieutenant Sebastion Green rise from the grave and return to the home of Green’s widow. Quench:- A woman tells her latest lover about the men in her past and the sinister circumstances that befell them.

Kevin J. Lindenmuth himself directs the first segment Spam, which is more of a wraparound than an actual episode. This piece captivates from the opening, which segues in from the credits with a strikingly literate piece of narration about where the monsters in the closet have gone, before arriving at a set-up that immediately grabs the attention – a man tied up in his house at gunpoint by another man who would seem to be an insanely crazed redneck insisting that he is a monster that lurks on the internet and that he has devoured his daughter. The episode hovers in a fascinatingly ambiguous place between whether the armed man is crazy or whether the imprisoned man is a monster. It is one of the most striking and original frameworks that one has ever seen used in an anthology film. The dialogue is wonderful and the two men, Les Sekeley and Roger Beckett, give extremely professional performances. The only downside is some cheap looking digital effects supposed to represent the monstersdotcom.com website and a predictable ending.

The second and third episodes come from Spokane, WA-based filmmakers and good friends Andy Kumpon and Wayne Spitzer. (The two play respectively the tabloid photographer hero and his best friend in the Last Stop Station segment. The two first worked together on Dead of Night, a regionally produced horror tv series for cable that lasted for thirteen episodes between 1994 and 1996, which involved a small town mysterious plagued by tears in reality. The series apparently gained a cult following in its brief run).

Last Stop Station is shot in black-and-white where Andy Kumpon produces a genuinely evocative atmosphere on a minuscule budget. The piece is slightly slow in the pacing but Kumpon produces a sense of an unearthly weirdness in leaving one wondering just what on Earth is going on. The concept of a gas station run by the Grim Reaper is an amusing concept that feels like it might have fallen out of a Gary Larson or Gahan Wilson cartoon and is something that Kumpon pulls off while straddling a perfect line between eerie atmosphere and tongue-in-cheek weirdness.

Wayne Spitzer’s Shadows in the Garden is another evocative piece that comes with an ambitious professionalism that belies the next-to-no budget it was made on. The piece emerges akin to a moodily internalised version of Swamp Thing (1982), albeit one where Spitzer seems far more in touch with the brooding soul-searching feel of the original comic strip than Wes Craven’s film was. The episode follows the monster’s trail through the town in the rain, filled with lingering images of it looking in windows, touching a dog and stylish shots of the full moon scudding across the sky reflected off a pair of shades, while the monster itself (a professional-looking effect) is seen only in brief glimpses. The episode arrives at a twist ending that plays against expectation. On the minus side, the episode is somewhat underdeveloped in terms of story – one wished there might have been more explained about the nature of the monster.

The final segment Quench comes from Chris Mack, who had earlier made the Brimstone-distributed feature-length film Vampire Vermont (2000). Quench is the slightest of the pieces. It is a character driven drama that leads to an effective punchline. In the end though, it is a slight piece that fails to amount to much. The woman Sara Roucloux gives a decent performance but the main problem with the character drama is that the sound recording quality of the episode is poor and it difficult to hear what is being said.