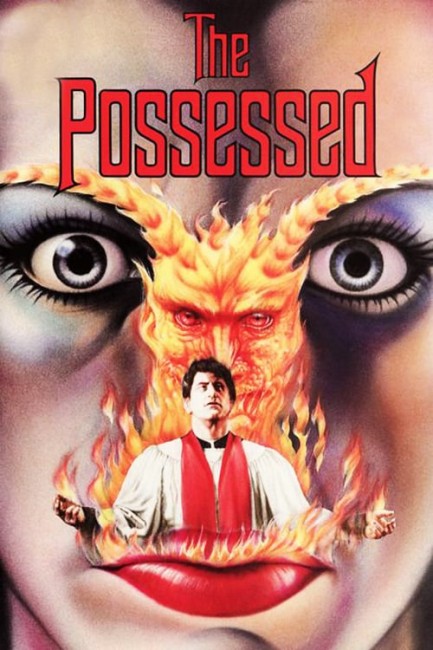 Kevin Leahy is a worldly Catholic priest. Driving drunk, he crashes and while dying has a vision of Heaven where is told to go back and fight evil. At the Helen Page girls’ boarding school in Salem, Oregon, Ellen Sumner, sister of headmistress Louise Gelson and one of the teachers, is puzzled over a series of mysterious fires. These include a page in her typewriter spontaneously combusting; a fire in her daughter Weezie’s room; and another pupil Lane bursting into flame during a speech. Ellen is told to seek out Leahy and he turns up at the school soon after. As other fires break out, Leahy conducts an investigation and becomes certain that they are being caused by something evil.

One of the biggest box-office hits of the 1970s was The Exorcist (1973). Its’ spawned a horde of imitators, all replicating its gross-out effects and priests chanting rituals to banish demons. Most of these were cheap efforts from Italy. There were however a couple of peculiar occasions where people tried to do a possession film for tv – here and in The Strange Possession of Mrs Oliver (1977) – but the results ends up absurdly watered down.

The Possessed is a real oddity, although not really enough of an oddity to make it watchable past the terminal dullness that infects the show. I suspect the people behind the film made it as a pilot and were hoping it would be picked up for a full series. Thus James Farentino’s priest is give a bizarre origin story in the opening moments – he is a worldly priest, has a car crash after drinking and gets taken up to Heaven while he lies dying and is given orders to go back and fight evil. He is built up as a mysterious character – he just turns up at the school despite not having been called and then equally mysteriously vanishes again after falling in the swimming pool at the end. You could easily see him as the ongoing character of a mysterious quasi-supernatural exorcist.

That said, The Possessed features some of the dreariest plotting and direction one can imagine. The problem that The Strange Possession of Mrs Oliver and this faced in trying to create an exorcism film for tv was were not able to replicate The Exorcist’s barrage of vomitings, crucifix masturbations and obscenities on public tv. Mrs Oliver merely gave us Karen Black abandoning her life as a housewife and putting on a red dress. The Possessed gives us … a bunch of supernatural fires. It is kind of hard to describe the comedown in going from The Exorcist’s parade of full-on shock effects to seeing a bunch of girls at a boarding school dealing with fires.

Moreover, the actual possession of the title only occurs in the last ten minutes. Here we find the possessee is headmistress Joan Hackett who goes wild-eyed and frothing beside the school’s swimming pool and vomits a torrent of black things (the print quality of the video was too poor to see what they were). All of this exists in a vacuum as we have no idea what the agency behind the fires was and why Joan Hackett ended up possessed.

The one notable thing about the film is its amazing cast of before-they-were-famous faces. First and foremost of these is Harrison Ford who made this just before hitting superstardom in Star Wars (1977), which was in fact released only three weeks after The Possessed aired. Here he plays the biology teacher who is having an affair with student Ann Dusenberry before he gets set on fire. One of his oddest scenes is where he taunts the girls of his class, offering them money to come up and touch a glass cage with a spider in it.

Elsewhere we have Diana Scarwid, who gained a certain fame not long after as Joan Crawford’s daughter in Mommie Dearest (1981) and went on to other roles in Strange Invaders (1983) and Psycho III (1986), as one of the girls who gets set on fire during a class speech. Among the girls at the school, we also have Ann Dusenberry, mostly remembered for Jaws 2 (1978) and other occasional roles, and P.J. Soles, one of the girls in Halloween (1978) who subsequently maintained a minor Scream Queen career.