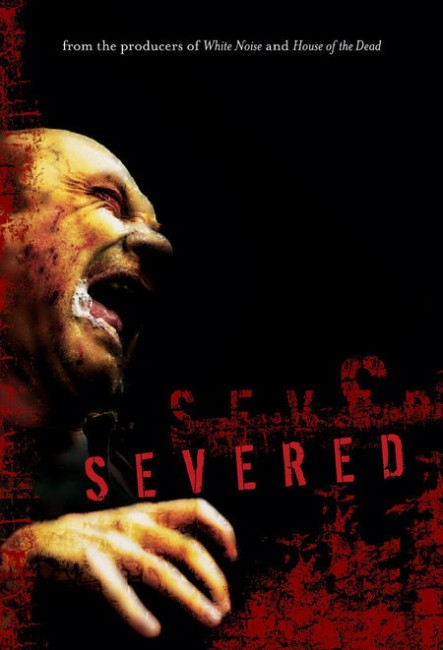 aka Severed: Forest of the Dead

At a logging camp on an island, the lumberjacks are in conflict with environmental protesters who are determined to stop the logging operation. Tyler, the son of the company’s owner John, is sent to the island to discover what has happened after all contact with the camp goes silent. Arriving at the camp, he is abruptly attacked by people in a frenzied state. He is rescued by a party of assorted loggers and protestors who have been forced to settle their differences and are sheltering in a makeshift hut in the woods. They explain how an experimental serum used on the trees has turned anybody who touches it into zombies. With their numbers being decimated by zombies, the group try to find a means of getting through the forest to safety.

The zombie genre underwent a big revival in the mid-2000s with hits like Resident Evil (2002), 28 Days Later (2002), Dawn of the Dead (2004) and Shaun of the Dead (2004) but this became tired by the end of the decade when it became apparent that the large number of films produced had run through all plot moves that the genre seemed to have. After this the genre seemed to rediscover itself with the gonzo mashup and wacky title collusion – titles ranging from Zombie Strippers! (2008) through Pride and Prejudice and Zombies (2016) – before that too started to become creatively tired.

Severed was made not long after the remake of Dawn of the Dead at a point when filmmakers had just started to revitalize the zombie film again in a big way. Not too unexpectedly, Carl Bessai has done little beyond resurrecting the basics of the genre – this was before the point that the revivals had started to become tediously similar. âSevered even lifts part of the plot from the latter half of 28 Days Later where the survivors take refuge in an all-male encampment led by a charismatic leader where the woman of the group feels threatened being the only one woman there.

Severed doesn’t do too much to toy with the basics, Carl Bessai just concentrates on making a solid and effective zombie film. He delivers the goods – a fair degree of blood and lots of blurry camerawork that keeps the pace going fast and furiously, In fact, just what the zombie film should be – I would go so far as to say he delivers a better and far more engaging run through of the essentials than Zack Snyder did in Dawn of the Dead. The only thing that remains slightly vague in the end is what exactly the GX-1134 experiment was and how it caused people to turn into zombies.