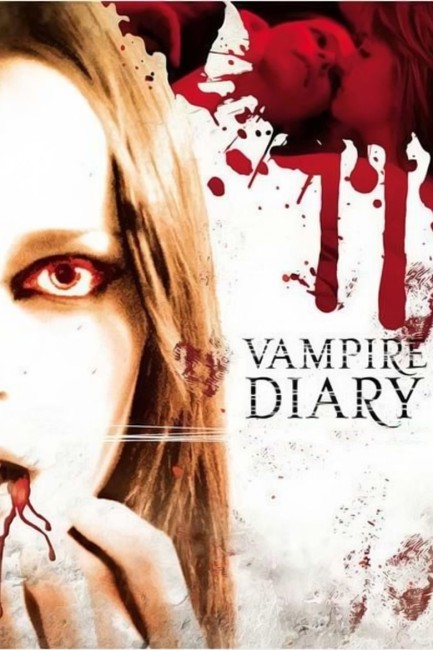 Holly is making a documentary about the Weekend Vampires, people who dress up and play at being vampires on the London Goth club scene. After holding a party for several of the people back at her flat, she meets Vicki who also uses a video camera to film people. She allows Vicki to stay and the two eventually become lovers. After Eddie, the dj from the club, goes missing, Vicki reveals that she killed him and that she is a real vampire. As she leans of Vicki’s abused past and how as a vampire she can only eke out a life on the fringe of society, Holly becomes drawn to helping her. Vicki also reveals that she is pregnant after being raped by another vampire. The difficulty they face is in procuring the blood Vicki needs to survive – and that means killing people. As Holly tries to think of alternatives to this, their spree of killings and robbing of blood banks has them listed as wanted fugitives.

Not to be confused with the massively popular tv series The Vampire Diaries (2009-17), Vampire Diary is a low-budget independently-made British vampire film. It came out amid what almost seemed like a renaissance of the lesbian vampire film in the UK, beginning here and followed by other efforts like Temptation (2009) and the comedic Lesbian Vampire Killers (2009). All of these seemed to draw on the lesbian vampire film that was in its heyday in the 1970s, forefronted by Hammer’s Karnstein trilogy The Vampire Lovers (1970), Lust for a Vampire (1971) and Twins of Evil (1971), as well as other films of the period such as Vampyros Lesbos (1970), Daughters of Darkness (1971), The Velvet Vampire (1971), The Blood Spattered Bride (1972), The Daughter of Dracula (1972) and Lemora: A Child’s Tale of the Supernatural (1973). While Lesbian Vampire Killers was a comedy rooted in crude British lad humour, both Vampire Diary and Temptation set out to revamp the lesbian vampire film within the context of modern gay culture. Indeed, where I lived at the time, Vampire Diary played at a LGBT film festival – even though it is a lesbian film made by two men, which sort of delegitimises the intent one cannot help but feel.

Vampire Diary doesn’t have too many people who have said good thing about it, although I would beg to differ. It took me a long time to warm up to it. Much of it seemed amateurish. I felt bored during the introductory scenes taking us through Goth subculture where all of the moves seemed poses that are tired cliches that have well and truly been done before.

On the other hand, stay with Vampire Diary and it slowly starts to grow on you. Anna Walton has an undeniably mysterious and captivating presence as the vampire. The scene where she starts to talk about her childhood is one where we suddenly ignore the amateurish photography and editing and become captivated by the haunting tale she is telling.

The middle of the film does a good job of taking us through how a vampire would practically survive in contemporary society – from the two of them raiding hospital blood banks, attacking the dispossessed or the homeless Anna Walton luring men and then preying on them, and then scenes of these things not going according to plan. Their eventual fugitive lifestyle, the birth of the baby and the winding in of friends as victims/accomplices is all well conducted, far more promisingly than the amateurish-seeming film that we seem to have at the outset.

Vampire Diary is also a Found Footage film but one that has been made a couple of years before the genre went big with the release of Paranormal Activity (2007) in 2009 and indeed before anybody even coined the term. The Found Footage film discovered the vampire film a few years later with efforts such as Afflicted (2013), Black Water Vampire (2014) and the hilarious What We Do in the Shadows (2014).

It becomes somewhat annoying watching Vampire Diary after having seen so many other Found Footage films in that the two directors frequently cheat on the so-called reality of the format – jumping back to third person framing and shots broken up from multiple viewpoints or, for example, the scenes with the two girls in bed improbably have them holding the cameras and arranging them into different angles in the midst of sex. The two girls also do things that would surely count as the height of idiocy in any real world setting such as taking cameras with them as they murder or dispose of bodies, while Anna Walton even manages to carry a video camera with her while living homeless and killing people in the streets.