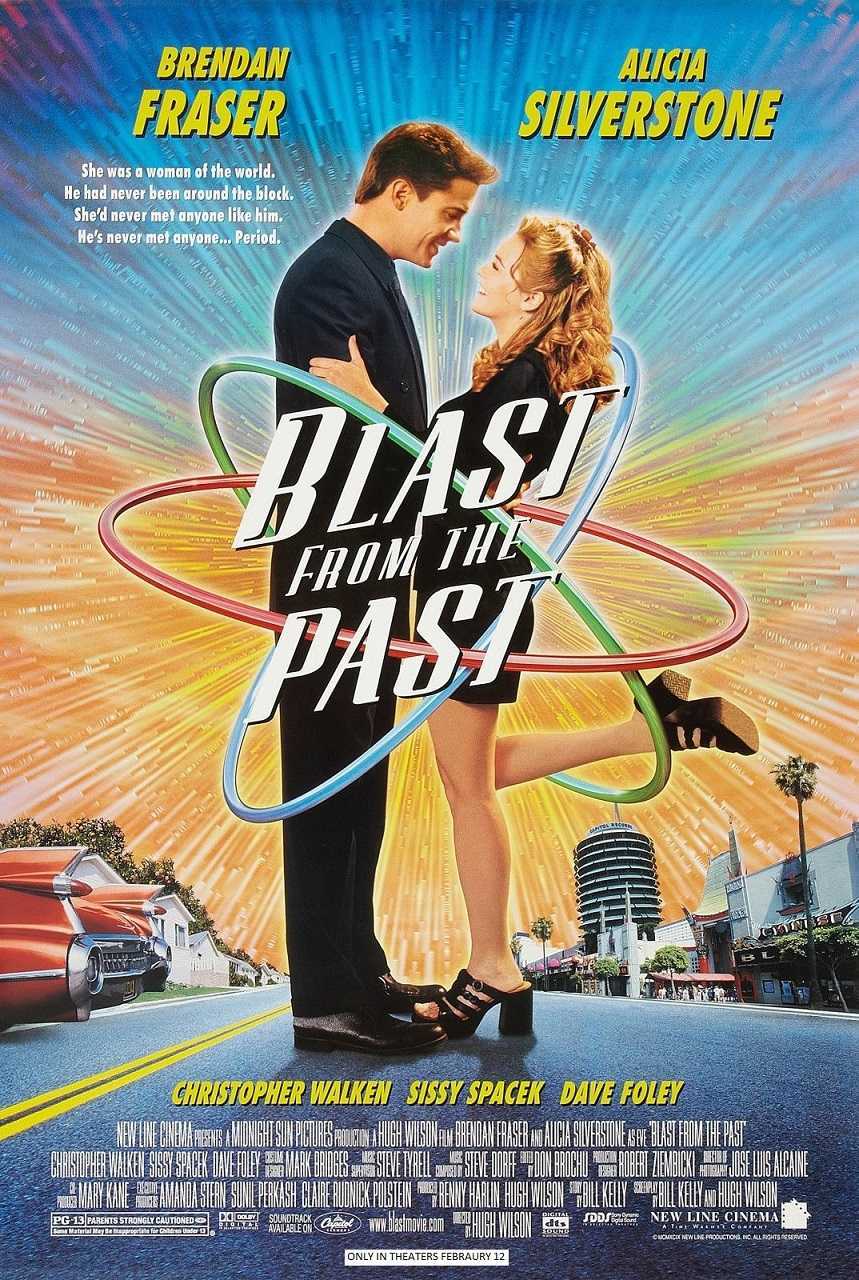 In 1962 as the Cuban Missile Crisis breaks out. Unorthodox scientist Calvin Webber and his pregnant wife Helen head down into the nuclear fallout shelter that he has constructed in their basement. One of the fighter planes headed for Cuba crashes onto their house, convincing them that nuclear war has broken out, so Calvin seals them in for the next thirty-five years until the radiation dies down. Their son, whom they name Adam, is born and grows into manhood in the shelter. When the thirty-five year seal opens, Calvin exits into the present-day world. Emerging on the rundown side of town, he takes it and its inhabitants as a post-holocaust world. Shocked at what they see, they decide to return to the shelter. Adam goes topside to obtain the supplies they need to return to the shelter as well obtain a wife, but finds himself at odds with modern society. He obtains the help of sports card store clerk Eve Rustikov. As Adam and Eve embark on the quest, neither realises that they are starting to fall for the other.

There is a good satirical idea at the heart of Blast from the Past – wherein a character from the 1960s emerges from a nuclear fallout shelter into the present-day to mistakenly perceive it as a post-holocaust world. It is a clever inversion of the cliches of the Mad Max 2 (1981) genre. There are several amusing scenes in the film where what is taken for granted as part of the contemporary world is interpreted as elements of the post-holocaust – one scene where Christopher Walken emerges from the shelter and takes a transsexual hooker as a gender-changing mutant, a vomiting drunk as a radiation victim and so on.

Alas, after that point, the concept falters and is largely forgotten and Blast from the Past instead turns into an Outsider comedy with Brendan Fraser cast as the innocent adrift in modern society whose comedic reactions and misinterpretations of modern culture make up the bulk of the film’s humour. There is a half-hearted feelgood message – not unakin to the previous year’s Pleasantville (1998) – about traditional values, represented by an almost hyper-realizedly straight version of 1960s nuclear family life, encountering modern disaffected youth with surprisingly congenial results wherein one side learns to loosen up and the other learns the desirability of traditional values.

Most of the rest of the laughs in Blast from the Past come from the film’s repeated playing on the old comedic standard of what one character says being misinterpreted by someone else – the central premise of people mistaking the present-day for a post-holocaust world; the appearances of people out of an elevator being misinterpreted by a bombed-out bar owner as divine manifestations; Alicia Silverstone thinking Brendan Fraser’s unfamiliarity with the world being because he is from Alaska; an adult bookstore owner thinking that Alicia Silverstone and Dave Foley’s search for the entrance to the cellar are requests for adult materials. This is never particularly challenging humour and the film constantly falls in a soft middle-ground between the ingenuous and the likeably formulaic.

The plot often asks one to accept things that stretch credibility – that a psychiatrist would try to incarcerate Brendan Fraser for merely telling a story about living in a fallout shelter. The central premise, for example, is dependent right up until the end on the central character being naive enough to never realise that the world he has emerged into is not a post-holocaust aftermath – the film might have been able to sustain this had it stayed in the skid row area of town but once it travels beyond into hotels and suburban malls it strains the slimness of its premise.

None in Blast from the Past demonstrates anything in the way of creativity or original handling but, despite everything, it ends up coming out likeably. The romance is conducted with thorough predictability – one knows from the word go, despite a subplot that fools nobody about finding a wife for Brendan Fraser and Alicia Silverstone’s slowness to wake up to her attraction to him, that any film with two characters named Adam and Eve will without any doubts end up with the two in one another’s arms. There are no surprises in the slow, lazy arc the romantic plot takes.

What makes the romance – and indeed the film – work despite its predictability is Brendan Fraser. Fraser is cast as yet another of the naive or dimwitted lunkheads with a heart of gold that he seems to specialise in – see Encino Man/California Man (1992), Airheads (1994), George of the Jungle (1997), Gods and Monsters (1998) and Dudley Do-Right (1999), also for director Hugh Wilson directly after this. By this point (and before he demonstrated that it was all he could do), Brendan Fraser has gotten the routine down so that he can do it in his sleep and as such conducts everything with an effortless charm that ends up riding with assurance over Blast from the Past‘s manifold other failings.

Director Hugh Wilson, was best known as the creator of tv’s WKRP in Cincinnati (1978-82). Wilson was also the director of films such as the hit Police Academy (1984), Guarding Tess (1994), his best film, The First Wives Club (1996) and one other genre film, the inane Dudley Do-Right, adapted from the cartoon series. Peculiarly, Blast from the Past was co-produced by Renny Harlin, the director of inanely empty-headed films like Die Hard 2 (1990), Cliffhanger (1993) and Exorcist: The Beginning (2004).