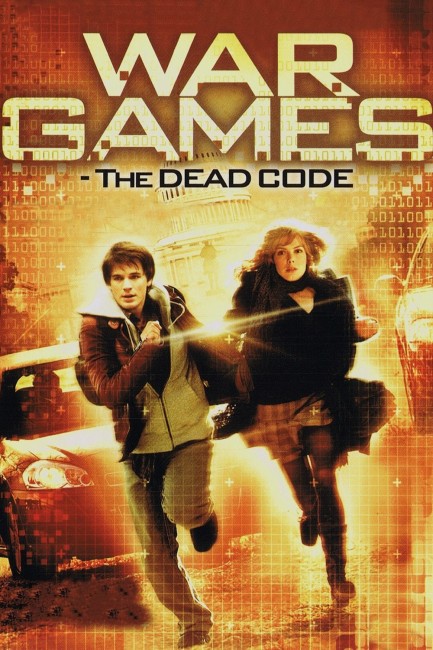 Philadelphia teenager Will Farmer’s best friend Dennis Nichols pushes him to sign up at an internet gaming site called Ripley. There they play a game that allows players to simulate attacking various cities using chemical and other weapons of mass destruction. Unknown to Will, Dennis swaps money from Will’s neighbour Sayid Massude’s account to play, while Will asks his mother, a chemical engineer, on the best chemicals to use to obtain the winning kill numbers. Unknown to them, the site is set up by R.I.P.L.E.Y., an artificial intelligence that has been created by the Department of Intelligence and Information to monitor terrorism. Will’s apparent chemical weapons knowledge, as well as money that comes from the Middle East, immediately flags him as a terror suspect. While on a trip to Montreal, tagging along to a chess tournament played by Annie D’Mateo, a classmate he is interested in, Will finds himself being tracked by government agents. He and Annie attempt to slip the net. They encounter Stephen Falken, the creator of WOPR, who faked his own death. At the same time, the Department of Intelligence and Information realises that R.I.P.L.E.Y. has gone out of control. However, when R.I.P.L.E.Y. starts cutting off power across cities and redirecting drones armed with nuclear missiles, they are no longer sure how to stop it.

WarGames (1983) was a film that was way ahead of its time. It was the first time that anybody had seen on screen what would later become known as the internet and the first impact into the public paradigm of what became referred to as hacking. WarGames was a reasonable hit and it is surprising that nobody has attempted to make a sequel up until now. Having done so, all that we get is this shabby direct-to-dvd item that has been conducted as no more than a throwaway effort by those involved.

There is also something crashingly redundant about a WarGames sequel being made in 2008. While the original WarGames was a film that pushed an envelope in terms of dealing with some then cutting edge ideas about hacking and the internet, WarGames: The Dead Code is no more than a tired by-the-numbers tech-thriller. The teen hacker has become a cliche figure in modern techno-thrillers, while the notion of an evil super-computer is hackneyed these days. There is the odd concession to the changes in society. As in the original, the hero gets a girlfriend (Amanda Walsh) but here she is now a techno-geek as well.

It is fascinating to compare how many aspects that seems to be taken for granted by WarGames: The Dead Code would have been completely foreign ideas when the original WarGames was made – the prevalence of the internet, even such things as internet cafes, online gaming worlds, online banking, social networking sites, viruses and mousetraps (although the film seems to think they are totally different to what most computer geeks use the term as). This is also a WarGames that has been rewritten against the 00s spectre of Homeland Security and the cctv surveillance society, which adds some interesting resonances to the original story.

For all it supposedly being a WarGames for the 00s, WarGames: The Dead Code relies on tired cliches. The original WarGames was premised around the idea of a computer that did not know the idea between a real and virtual war, whereas here all that we have is the cliche of a paranoid super-AI where everything has been taken from other films on the subject. The basic idea of a super-computer that is designed to control the US’s entire defence system comes from Colossus: The Forbin Project (1969) and has the exact same problems as a credible scenario that Colossus did – that the military, having created such a powerful yet apparently untested A.I. do not seem to have constructed an off switch or even the ability to unplug the power cables to the machine. Indeed, the plot about a super-A.I. set up to run government surveillance going amok is almost identical to the bigger-budgeted cinematically released Eagle Eye (2008) that came out two months later. Stuart Gilland even copies the scene from the evil super-computer classic 2001: A Space Odyssey (1968) with the A.I. eavesdropping on conspirators by lip-reading.

You build an instant dislike against WarGames: The Dead Code from its opening scene where director Stuart Gillard seems to trip over himself trying to offer up self-consciously flashy visuals – Humvees speeding through the desert and momentarily being stilled in motion as they conduct leaps, the camera following the trail of a bullet fired up into the air. You can almost see Stuart Gillard, a director who almost everywhere else has made tv movies and/or children’s films (see below), straining with the effort of trying to create a film that is hip and edgy – and failing by a mile. Elsewhere, the film readily namedrops contemporary gamer and computer sites – World of Warcraft, YouTube, Facebook, even a blatant product placement for the Stargate Worlds online game (which had not been launched at the time WarGames: The Dead Code came out). This reminds of the same strained efforts towards street cred that the similar Hackers (1995) attempted to make – there is nothing, as in either case, like a film made by clear non-computer geeks and men who are much older than their target audience trying to seem hip and cool and failing disastrously.

WarGames: The Dead Code also has a plot that verges on the incoherent. For one, there is the bizarre notion the film founds itself on about the US government setting up a gaming website that identifies potential terrorists by luring them in and getting them to play a game that requires insider knowledge of WMDs. I mean, I can just see Osama bin Laden and his cohorts out in their cave somewhere in the middle of Pakistan logging in to play a relaxing game of Counterstrike or some MMORPG in between a day’s plotting to bring down Western society and getting all excited about being able to win prize money by showing their knowledge of WMDs.

Other pieces fail to make sense. The climax involves Matt Lanter engaging R.I.P.L.E.Y. in a game of noughts and crosses, just like the original, but how this relates to getting it to turn back from its mission is unclear. Nor do we understand why R.I.P.L.E.Y. is turning off power and redirecting nuclear-armed drones in the first place. Elsewhere, Stephen Falken appears to follow Matt Lanter and Amanda Walsh, although we have no clear idea of how he finds them in the first place, or even why he has decided that they are significant to anything that is going on.

The climactic scenes also have Dr Falken bringing WOPR out of mothballs to go head-to-head against R.I.P.L.E.Y.. I don’t know that much about mainframe computers of the 1980s but I find it ever so credulous that a machine built 25 years earlier would have the processing power, let alone the ability to handle modern internet communications speeds or even deal with contemporary modern programming protocols (the original WOPR would, for instance, have been built before the existence of Windows, Linux or even any web browsers), not to mention being able to stand up against a modern super-computer.