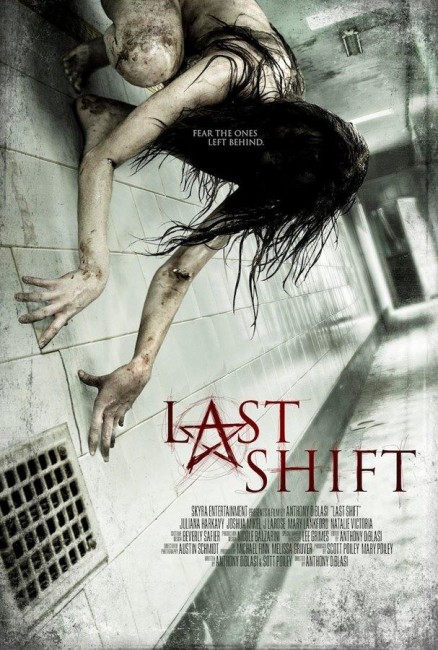 On her first night on the job, rookie police officer Jessica Loren is assigned a caretaker position, left on her own maintaining the old Sanford Police Station overnight. The station is about to be closed down and all services have moved to the new location. Immediately into her shift, Jessica starts to receive calls from seventeen year-old Monica Young who says that she is being held prisoner and that all the others around have been slaughtered. Jessica begins to experience an increasing number of spooky things around the station house – objects moving, lights going on and off, hallucinatory figures. She learns how members of the doomsday cult led by John Michael Paymon were taken prisoner in the station one year ago and killed themselves and several officers, including her father. She believes the rest of the cult may have now returned to finish the job.

Director/screenwriter Anthony DiBlasi emerged as an executive producer of several Clive Barker films, The Plague (2006), The Midnight Meat Train (2008) and Book of Blood (2009), before making his directing/screenwriting debut with the Barker-adaptation Dread (2009). Subsequently, DiBlasi went onto a more than reasonable directorial career with the clairvoyance film Cassadaga (2011), the thriller Missionary (2013), an episode of the horror anthology The Profane Exhibit (2013), the slasher film Most Likely to Die (2015), the thriller Her Last Will (2016) and Extremity (2018) set aorund an extreme haunt, as well as producing Exhume (2017) for his regular co-writer/co-producer Scott Poiley.

The empty police station and the titular last shift is well established theme. The progenitor of this theme would have to be John Carpenter’s Assault on Precinct 13 (1976) and before that Howard Hawks’s classic non-horror Western Rio Bravo (1959) with John Wayne. There are a surprising number of similarities between Last Shift and the previous horror film Inkubus (2011) concerning a police station on its last shift being invaded by a demon.

Last Shift is a rather effective exercise in mounting tension and spookiness. Soon into the show, Anthony DiBlasi is jangling one’s nerves with tiny things happening in the background – noises, shelves moving, lights going on and off, and a series of phone calls from a teenage girl that become increasingly more disturbed. We have become used to formulaic horror films that keep throwing in pointless jumps, red herrings or dream scenes that achieve nothing other than making an audience momentarily jump. DiBiasi has no time for any of these easy scares but concentrates on the generation of overall atmosphere and leaving his audience off-edge.

The film soon mounts to some incredibly tense scenes like where Juliana Harkavy is locked in a cell with a homeless man and there then appears to be someone else there with her who has grabbed her flashlight and gun. There is one incredibly spooky scene where Juliana Harkavy has a conversation with a police officer (Matt Dorman) who comes to help and proves friendly and obliging before he turns around and reveals that a bullet hole has blown out the back of his head.

The eventual explanation about strange cults and an anniversary of their mass killing is trivial (you cannot help but think if Juliana Harkavy is assigned to work in the same precinct her father was killed only twelve months before, she would be having more of an emotional reaction to the place than she does) but DiBlasi’s generation of atmosphere is uncommonly effective.