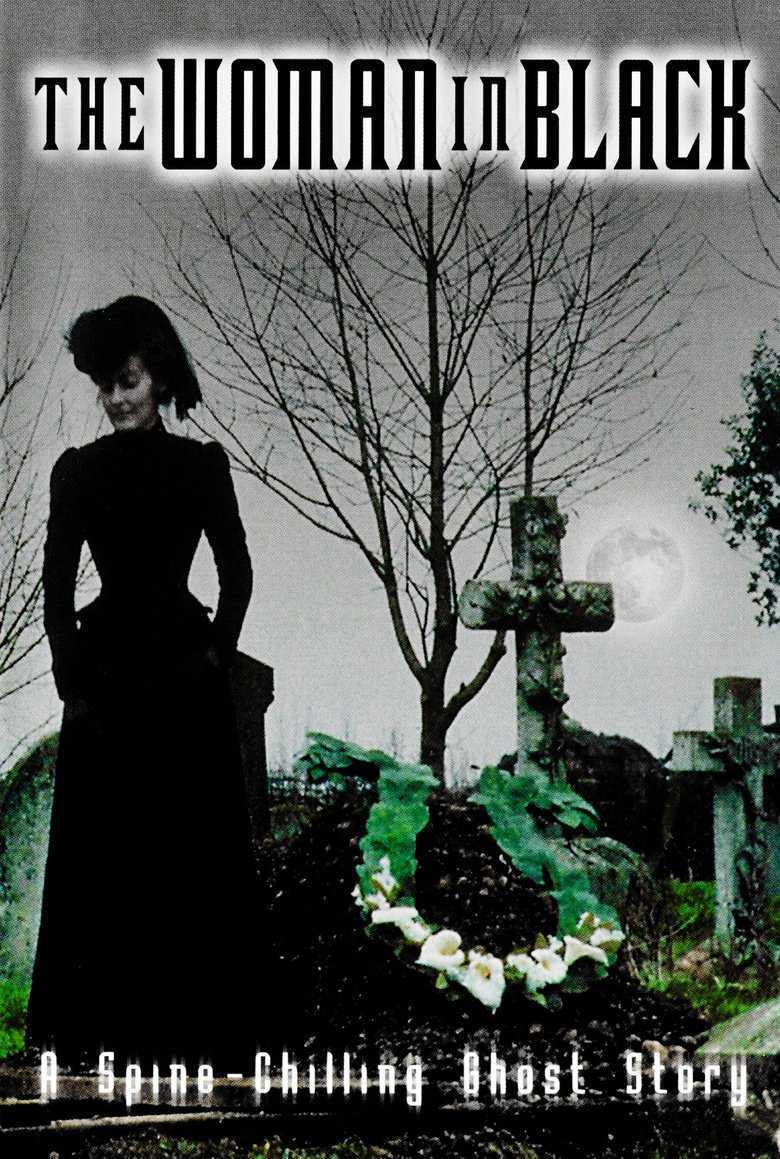 London, 1925. Lawyer Arthur Kidd is despatched by his employer Sweetman to the town of Cryhtin Gifford to wrap up the estate of the late Alice Drablow. Arriving, Arthur must travel to Eel Marsh House, which can only be reached by a causeway that is flooded over at certain times of the day. In dealing with Mrs Drablow’s affairs, Arthur keeps seeing a mystery woman in a black dress and veil. Moving into the house, he determines to uncover the backhistory of Mrs Drablow. There however the haunted things in the house begin to prey on his mind.

The book was first filmed as this tv movie with a script from Nigel Kneale, no less than the creator of Professor Quatermass (see below for Nigel Kneale’s other genre works), This would be one of the last works that Kneale would write before his death in 2006. The film was directed by Herbert Wise who worked in British television almost exclusively between the 1950s and early 2000s where his most famous work was probably the tv series I Claudius (1976). His one other genre work was the Hallmark tv mini-series The 10th Kingdom (2000) set in the land of fairytale.

‘The Woman in Black has been intended as a traditional, old-fashioned ghost story. It is set a few years after the Victorian era most of these ghost stories prefer and into the Edwardian era (but that is so it can work in the horrors of World War I). You have to commend Herbert Wise as he does a superb job of getting the feel of the period in the early establishing scenes set in the streets and lawyer’s offices, drawing as he does on the full resources of the British television design and costume department.

I suppose I was hoping in watching The Woman in Black and given that it had been the basis of a remake and before that had appeared in different mediums, I would be discovering a long lost classic of the haunted house genre. I have to say that I ended up being disappointed. It feels like a film that has all the elements primed and then lets them fall through its fingers.

In his latter works, especially the tv series Beasts (1976), an anthology series which provided a monster every episode but where we never actually saw any monsters, Nigel Kneale seemed to be moving towards psychological horrors in the Lewtonian sense – horrors that may well only exist inside the minds of the protagonists. You can see that some of the film here is going in that direction with Adrian Rawlins haunted by things he can hear that he is unable to see in the mist or that maybe he is imagining something turning the power off in the house,

On the other hand, Herbert Wise is remarkably unattuned to – in fact, I would have to say disinterested in – any of the classic ghost story elements. The film only turns out a couple of tepid scares with the appearances of the title figure (Pauline Moran). In its ventures inside said haunted house, this is a ghost story remarkably free of the spooky atmosphere one associates with a haunted house film.

The film seems set up to do the ghost story standard of delving into the house’s past – and we get a couple of scenes with Adrian Rawlins poring through papers and photos in search of answers about who the Woman in Black is – but then seems to forget all about this. The other thing is that despite being set in the haunted house, the film leaves there fairly quickly – burning the house down in fact – and then has a long epilogue that lasts for nearly half-an-hour with Adrian Rawlins dealing with the aftermath before reaching an ending, which has become a cliche these days, in suggesting the haunting is not over.

Nigel Kneale’s other film scripts were The Abominable Snowman (1957), Quatermass 2/The Enemy from Space (1957), the adaptation of H.G. Wells’s The First Men in the Moon (1964), Hammer’s The Witches/The Devil’s Own (1966), Quatermass and the Pit (1967) and uncredited work on Halloween III: Season of the Witch (1982). Kneale’s teleplays were:– The Quatermass Experiment (1953), 1984 (1954) from the George Orwell novel, Quatermass II (1955), Quatermass and the Pit (1958-9), The Road (1963), about a haunting that may in fact be an example of time travel, The Year of the Sex Olympics (1970) about a future where the populace is pacified by televised sexual competitions, Wine of India (1970) about a future society that enforces euthanasia, The Stone Tape (1972) about the investigation of ghostly phenomena, the anthology tv series Beasts (1976), Quatermass/The Quatermass Conclusion (1979), and the comedy series Kinvig (1981) about an SF fan who has an encounter with aliens.