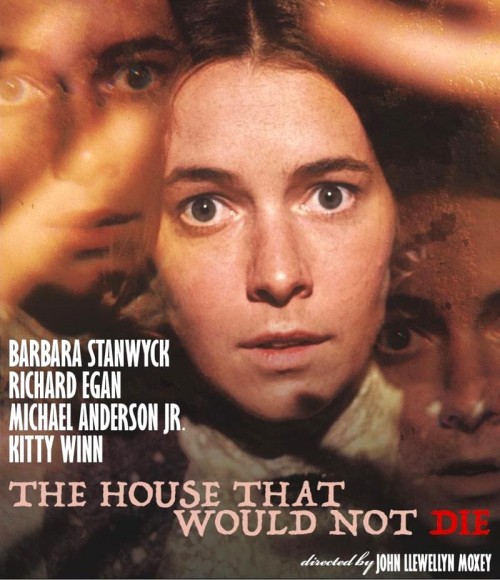 Ruth Bennett inherits a Pennsylvania farmhouse in her late aunt’s will and she and her niece Sara Dunning move there. Shortly after doing so, they realise that the house is haunted. With the help of neighbour Pat McDougal, they attempt to get to the bottom of this. In unearthing documents from the time of the American Revolution, they discover that the ghosts are those of the man who built the house, his daughter Amanda and her boyfriend who fought on the opposing side to Amanda’s father. The investigation leads them to discover the horrible event that the quarrel between the three culminated in, from which the ghosts now cry out for justice.

The plot plays out by the established cliches of the genre – seances held to communicate with the haunting entity, books/documents conveniently left open to pages that provide vital clues, atrocities of the past replaying themselves, the ghosts possessing the living to replay their dramas.

To its credit, the film does arrive at a moderately interesting climactic revelation. John Llewellyn Moxey directs with occasional effect – there are some odd moments during the seance and the investigation of the cellar that raise some atmosphere. Mostly the film has an easy predictability where all atmosphere comes at timed intervals and builds to contrived cliffhangers in time for the commercial break.

The House That Would Not Die brought out of retirement, Barbara Stanwyck, an actress from the 1940s who was four times nominated for an Academy Award for roles in films like Stella Dallas (1937) and Double Indemnity (1944). Stanwyck provides quietly mannered strength at the centre of the show. Also present is Kitty Winn, later the secretary in The Exorcist (1973) and Exorcist II: The Heretic (1977), who gives an effective performance that vies between a modern teenager and possession by her ancestor.

Director John Llewellyn Moxey had started directing in the early days of the English horror cycle with films like City of the Dead/Horror Hotel (1959) and went onto numerous other works on US television including The Last Child, A Taste of Evil and the pilot for Charlie’s Angels for Spelling, and elsewhere other tv movies like the classic The Night Stalker (1972), Gene Roddenberry’s Genesis II (1973), Where Have All the People Gone (1974), The Power Within (1979), No Place to Hide (1981), I, Desire (1982), The Cradle Will Fall (1983). Screenwriter Henry Farrell is best known as the author of the novel that became What Ever Happened to Baby Jane? (1962).