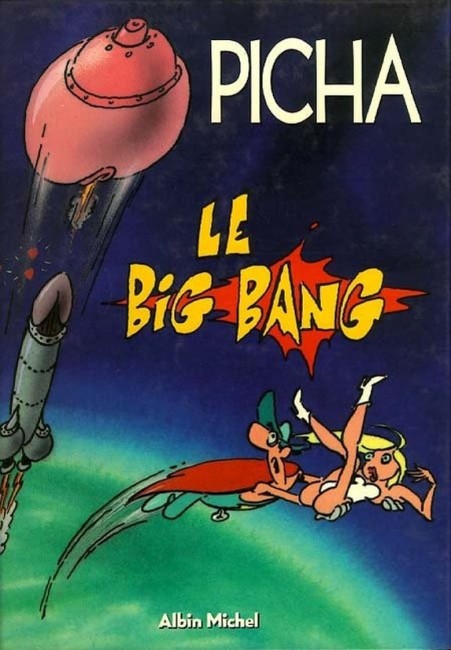 In 1995, a bumbling Mafia hitman employs a nuclear device to make sure a kill in Sicily is successful, only to end up triggering World War III. This destroys the whole world, leaving only two landmasses – the USSSR, which is the USA and Soviet Union after they have been fused together and is populated by male mutants; and Vaginia, which is inhabited by women. A few years later, the intergalactic council realises that the USSSR and Vaginia have developed to the point that they are threatening one another with nuclear war again. It is decided to despatch a superhero to defuse the situation. The only superhero available is Fred who has never had a successful mission and is currently working as an intergalactic janitor. Fred is sent to Earth and enters the crazed tension that exits between both sides where he endeavours to persuade them to back down from war. At the same time, Fred pursues the eminently desirable Liberty who will only have sex with him if they get married where he must persuade her that his own wife is not a problem to this.

The Big Bang is a French-Belgian animated film. It comes from Picha (in reality the Belgian-born Jean-Paul Walravens) who started out working as a cartoonist. In the 1970s, Picha began working as an animator, co-directing the Tarzan spoof Tarzoon, Shame of the Jungle (1975), which is probably his most well known film, and going onto The Missing Link (1980), The Big Bang and Snow White: The Sequel (2007). All of these jibe at familiar themes – Tarzan, the fairytale, prehistory – with a mixture of wackily surreal and quite adult humour. The Big Bang attained a cult following that consisted of about five people when it was released in 1987. It was given an X rating in the USA.

Picha fills the film with all manner of surreal gags. Some of these spoof the recent fad for science-fiction films following Star Wars (1977) – a Darth Vader-lookalike turns up on a work break griping about the problems of being evil these days; a Star Destroyer passes over camera and brakes over an asteroid only to dump oil on a hitchhiker. There are some cute jokes about 1980s East-West tensions – with the idea of a landmass that has resulted in a combination of the two as the USSSR, which has a political capital called Washingtongrad, where everybody hails the Comrade-in-Chief and security is managed from the Kremtagon. Elsewhere, God and Jesus both pop up to ask Fred not take their names in vain.

There are wackily surreal sights – rains of asses all over the world; a museum of famous asses; an army of guards all with Hitler heads that run around on poles attached to wheels. Picha has especially bizarre fun when it comes to the tour of the sewers, which come filled with people walking attached to coat hangers; carrying 30 foot long ghetto blasters; an amoeba panhandler; a diner in a restaurant who folds up into himself until there is nothing left but a pair of teeth on a plate; a barber that saws off the top of a customer’s head; a dentist that pulls out patients’ intestines; and an orchestra where players use their heads as violins, stomachs as drums, teeth as a harmonica and blow their nose as a trumpet.

Particularly bizarre is the war scene that climaxes the film – a Dunkirk-like landing with soldiers that arrive on surfboards, Valkyries that fire missiles from their bras, ballerinas that parachute in and slice men’s heads off with razor-tip skirts and stilettos as they pirouette, before a penis-shaped missile pursues a breast-shaped plane and everything goes up in the titular big bang. In the fadeout coda, even God is interrupted and found to be humping somebody on a cloud.

Picha often feels like he is trying to replicate something of the surreal cultiness of the early Ralph Bakshi films like Fritz the Cat (1972) and Heavy Traffic (1973). One could perhaps try imagining US animator Bill Plympton – I Married a Strange Person (1997), Idiots and Angels (2008) – with a more scatological emphasis.

Most of the film comes down at a rather crude level – the hero’s superpower comes from a light bulb planted on his crotch. Not to mention times that the film verges on what we would regard as the intolerant today – “I didn’t come three million light years to get fucked by a homo,” Fred complains at being inspected by security. The English-language version of the film is further hampered by broad dubbing, which turns the characters into annoyingly loud and shrill caricatures.