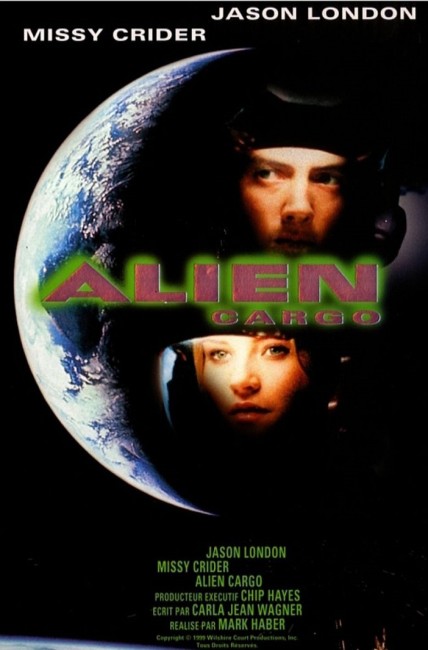 The SSS17 is on a routine cargo mission from Titan to Mars. Two lovers, Chris McNeil and Theta Kaplan, wake from hypersleep for their duty shift to find that they have been asleep for a year rather than several weeks. Moreover, they find that the two previous crewmen are missing and the ship is way off course. They then they themselves at one another’s throats, trying to kill each other. Trying to fight what is influencing their minds, they discover that a piece of space debris brought aboard by the other two crewmen contains a biological agent that makes the human brain homicidal.

This Australian production is a modestly effective little science-fiction film if for no other reason than that it makes an effort to break away from the usual run of aliens hunting humans in darkened ship corridors type of film as popularised by Alien (1979). indeed, this was one of several films to employ the basic premise from The Crazies (1973) of a group of people aboard a spaceship being affected by some form of mass insanity. Subsequent efforts included the likes of Pandorum (2009), Earthrise (2014), Infini (2015) and Teleios (2017), although the granddaddy of these madness-in-space films can probably be said said to be Solaris (1972).

It has a well-conceived science-fiction story with believable science (in fact, the only error that one picked up was not scientific but malapropistic (!) – where a tech team talk about ‘deconstructing’ a probe instead of dismantling it. Deconstruction is a critical term imported from literary theory that refers to interpreting a work of art free of its original social constraints). There is a well constructed mystery that keeps one interested.

The film has clearly been designed for low-budget filmmaking – such that it only requires a cast of two for the greater part of the running time and no alien effects. There are some unobtrusively effective model effects and sets that make it look better budgeted than it is. The downside to all this is that a story with two people being driven crazy by an alien bio-agent and hunting one another makes for a less exciting film than the usual Alien clones – one wishes a few alien nasties would pop up as the film ultimately fails to rack up a great deal of tension.

Directot Mark Haber has only made a handful of other works including the Found Footae horror film Chasing the Devil (2014) and the Crouch End episode of Nightmares & Dreamscapes: From the Stories of Stephen King (2006)