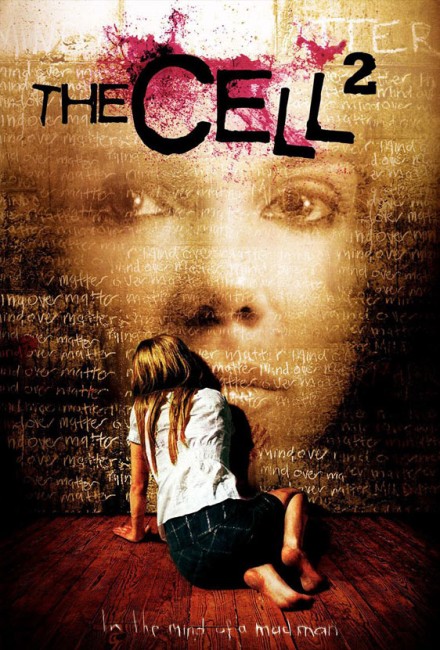 Maya is an FBI agent who has been recruited because of her clairvoyant abilities. She helps them track the whereabouts of the lair of the serial killer known as The Cusp. However, the killer is aware of her in his mind and flees before they arrive, leaving his dead victim behind. The Cusp has a preference for torturing his victims by killing and then bringing them back to life. Maya was a former victim who managed to make an escape. The trauma of surviving being killed and revived six times left her with her psychic abilities. The one thing she did not see during her ordeal was the killer’s face. Upset at not being able to prevent the death of the current victim, Maya quits the agency and sets up as a private psychic. One year later, she is pressed back into service by the FBI after The Cusp abducts another girl in Utah. This is Penelope, the niece of the local sheriff Harris. One FBI agent is resentful after clashing with Harris over jurisdiction issues and plants one of Harris’s hairs at the crime scene to frame him as The Cusp. Harris and Maya are forced to go on the run from their own side as they try to find Penelope before The Cusp kills her. Increasing evidence suggests that The Cusp is a law enforcement agent.

The Cell (2000) was the first film from Tarsem Singh. The idea of a therapist entering the dream terrain of a killer had been done before but what Tarsem brought to the film was his unique and extraordinary artist’s eye that transformed the mental landscape into a uniquely surreal environment.

On the other hand, The Cell 2 has all the presentiment of disaster about it – a no-name cast, a director who had only previously worked as a tv producer and directed episodes of 24 (2001-10), and a direct-to-video release. It gives the impression of a group of producers having obtained the rights to a nearly decade dead title and quickly jumped in to exploit any memory that people might have had of the original.

Still, one reasoned, even if someone were setting out to copy Tarsem’s visuals even on a B-budget, they couldn’t go too far wrong could they? Wrong! It becomes increasingly apparent that the director and scriptwriters of The Cell 2 may not have even seen the original film, so little do they attempt to copy either Tarsem’s visual style or follow on from the plot of the therapist entering into dream terrain. In the opening scenes, we are introduced to Tessie Santiago as replacement for the first film’s heroine Jennifer Lopez. With thorough and utter disappointment, she is no longer a therapist entering into dreams but simply a run of the mill psychic following psychometric clues to lead the FBI to the killer’s lair.

Even on its own terms, The Cell 2 has some interesting ideas that could have worked – the killer being aware of the heroine inside his head and taunting her, even being able to destroy her memories and blank out his own face. The killer is given the interesting m.o. of taking delight in killing his victims and then bringing them back to life and how the heroine is someone who underwent this six times, the trauma of which caused her to develop psychic powers.

However, Tim Iocafano’s utterly routine handling and Frank Whaley’s silly and over-the-top performance as the killer ruin all possibilities. It makes The Cell 2 go from a potentially interesting dream terrain film to a run of the mill variant on the psychic with a link to the head of a serial killer plot that we have seen in films such as Eyes of Laura Mars (1978), Double Exposure (1981), Fear (1990), Hideaway (1995), A Deadly Vision (1997), After Alice (1999) and In Dreams (1999). (For a more detailed overview see Films About Clairvoyance and Precognition).

The original The Cell was a B movie plot that had been transformed into an art film; by contrast, The Cell 2 is an utterly routine B movie that lacks even artistic pretensions. At most, Tim Iocafano’s ventures into the dreamscape consist of the heroine wandering through what looks like a cheap futuristic nightclub and picking up video screens that contain memories, which is pitiful in comparison to Tarsem’s extraordinarily arty visuals.

While the original was driven by Tarsem’s set-pieces, this is driven by stock thriller boilerplates – car chases, Chris Bruno hanging on the outside of a helicopter at the climax, the hero and heroine on the run from the authorities, a whodunnit about discovering the killer’s identity. (This latter is not particularly hard to work out on the reasoning of looking for the known name who is inhabiting what should otherwise be an insignificant supporting role down the cast list).

The film is also filled with random plot devices – like one FBI agent’s abrupt decision to frame Chris Bruno as the killer for no particular reason the film ever manages to offer up. Not to mention exceedingly tenuous pieces of detective work such as the duo tracking the killer by looking for someone who must have ordered a lot of surgical syringes.

Everything about The Cell 2 seems misguided. Jennifer Lopez was nothing great in the original, but here Tessie Santiago feels out of her depth, seemingly without even the slightest idea of anything to do other than turn up and look pretty, let alone give the role emotional resonance. Even worse, the film only runs for 75 minutes while the rest is padded out with some fifteen minutes of aerial shots flying through the Utah mountains and behind the scenes footage of the filming of the stunt scenes.