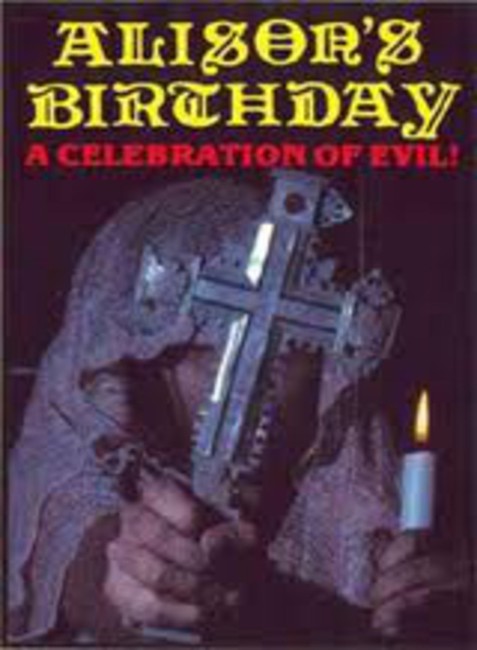 Alison Findlay is persuaded to come to Sydney to stay with her aunt and uncle for her nineteenth birthday. However, after she arrives, they conspire to keep her there, while forcibly shutting out her boyfriend Peter. Investigating, Peter finds that ever since she was born Alison has been destined to be part of an occult ceremony dedicated to the Celtic goddess Mirne, something that will culminate on Allison’s nineteenth birthday.

Alison’s Birthday was a low-budget Australian venture into the 1970s occult genre film. The film did not receive much of an audience when it came out and is not particularly well known today.

It treads the cliches of the occult genre in an unremarkable way. Much of the basic concept – the heroine caught in the midst of an occult conspiracy – has been taken from Rosemary’s Baby (1968), while the body predation plot is very similar to The Mephisto Waltz (1971). About the only major difference is the substitution of the usual devil worshippers for a cult of Druids – otherwise all the other elements of the plot are identical.

The film is routinely paced and acted. The plot is dull and feels padded. Moreover, the film is tame – more like a made-for-tv movie – and never generates any of the shocks or blasphemies that marked the 1970s occult cycle. With a better director, the script might have worked more subtly. A couple of minor surprises are generated towards the end – which is unfortunately too late to salvage the film. The score is sometimes effective.

Following Alison’s Birthday, Ian Coughlan appears to have retired as a director but has written the scripts for a number of other horror films including the Aboriginal horror Kadaicha (1988), Fable (1997), Exposure (2000), Cubbyhouse/Helion: The Devil’s Playground (2001) and No One Can Hear You (2001).