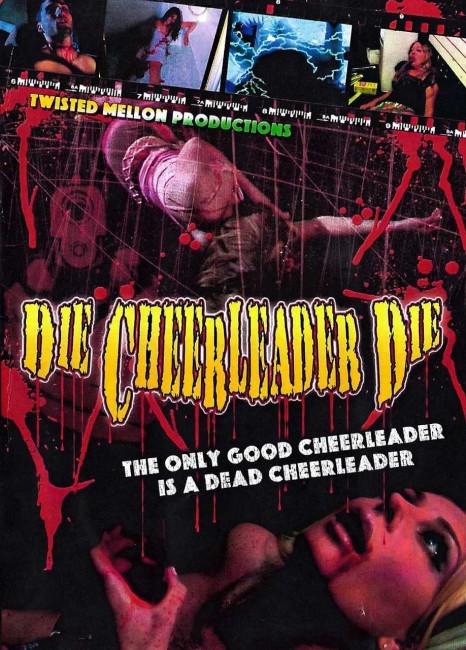 Someone has started killing the girls in the cheerleader squad, which is led by the bitchy Tiffany. The most immediate suspects are the PIGS, the self-declared Pretty Intelligent Girls, or ‘the Fat Girls’ to everybody else, who have started trying to tempt the bulimic Robin away from the cheerleaders to join their group.

Die Cheerleader Die was an independently made film from the Chicago area. Neither its director nor any of its cast have ever been heard from again.

The classic era of the slasher movie is filled with some notoriously cheap and bad productions. A modern variant, Die Cheerleader Die may possibly well take some kind of award for the cheapest made and worst of them all. It is very poorly photographed, seemingly as though by students who had never handled a video camera before. The entire film seems to have been shot only with natural lighting and it is clear that none of the actors have even been made up. Some of the acting would seem to be conducted by untrained amateurs that give the impression that they have had no prior experience.

The basic premise – of the bitchy and catty members of a high-school (or is it a university?) cheerleading squad – being bumped off has some potential. You could easily imagine the downright hilarious Scream Queens (2015-7) having a field day with the premise. And to its credit, Die Cheerleader Die tries to make an issue out of this in placing the bitchy cheerleaders on one side against the so-called Fat Girls and PIGS who are taking a stand for individuality on the other.

This would be all and good but for a couple of problems. The most evident of these is that the so-called Fat Girls do not in the slightest look anything more than just average size girls, which kind of lets the idea down. The other is that the dialogue they are given frequently tends to the speechifying rather than anything that feels like something normal people would say.