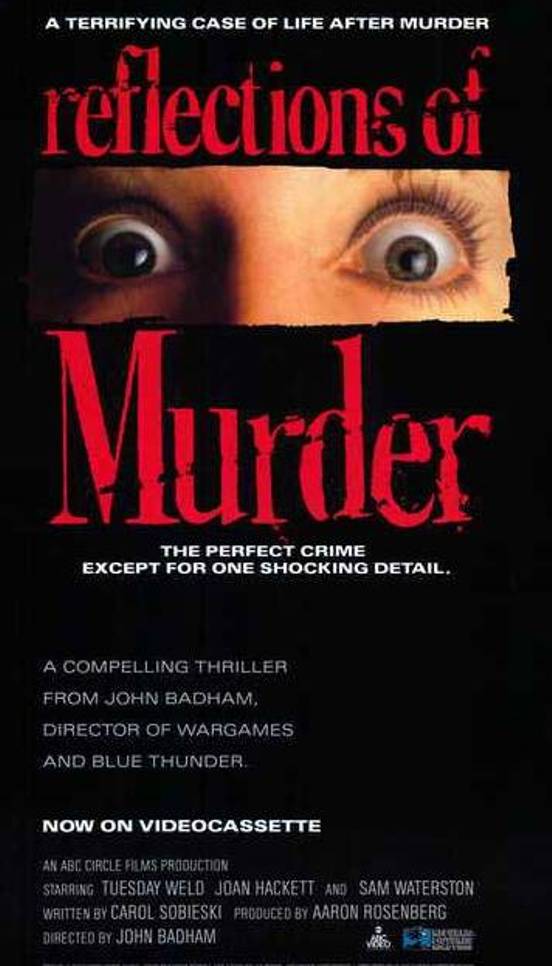 Claire Elliott runs the boys’ boarding school known as The Island School on an island off the coast of Washington State. Her husband Michael is a brute who humiliates, belittles and beats her, while openly conducting an affair with fellow teacher Vicky. Claire does not want to divorce as this will mean having to sell the school as his entitlement to half the matrimonial property. Vicky, who also resents the way that Michael treats her, persuades Claire to go to Seattle for the weekend where they have hatched a plan. Once there, Claire calls Michael and announces that she is agreeing to the divorce and asking him to come there immediately. He arrives but they have drugged the wine that Claire gives him. After he passes out, they place his body in the bath and drown him. They then take the body back to the island and dump it in the school swimming pool so that it will be found and it assumed that he has fallen in and drowned. The next day however the body fails to surface nor is it there when Claire orders the pool drained. As she becomes more anxious about what has gone wrong, there are indications that Michael is still alive.

The French thriller Les Diaboliques (1955), also known under several different English-language titles such as The Devils and The Fiends, but mostly just referred to as Les Diaboliques, was a classic psycho-thriller. Its’ stark psychological tension and in particular its left field twist ending involving an elaborately contrived scheme to kill someone off/steal an inheritance were endlessly copied by the psycho-thrillers that emerged in the 1960s in the wake of Psycho (1960).

Les Diaboliques was remade several times – as two tv movies first here and later as House of Secrets (1993) starring Melissa Gilbert and Kate Vernon as the two women and with Bruce Boxleitner as the husband and most recently as the terrible theatrically released Diabolique (1996) with Sharon Stone and Isabelle Adjani, which rewrote the twist ending for something more upbeat.

Reflections of Murder was the first of the remakes to be conducted. It came from the hand of John Badham, a British born director who had been raised in the US most of his life. Badham came to prominence as a tv director with several episodes of Rod Serling’s Night Gallery (1969-72) and then went onto a number of other tv movies. Badham made his theatrical debut with The Bingo Long Travelling All-Stars and Motor Knights (1976) about a Black baseball team in the era of racial segregation but it was the runaway success of Saturday Night Fever (1977) that made his name.

Minutes in, Reflections of Murder captivates with the sharpness of its dialogue and writing. A then unknown Sam Waterston delivers an amazingly cold and arrogant performance. He gives an incredible cruelty to the part of the husband far more so than any other actor to play the role – the way he argues with wife Joan Hackett over the sale of the school and then brazenly walks into mistress Tuesday Weld’s room and twists her arm. In the opening moments, he remonstrates Joan Hackett in front of a class after she disagrees with him: “This is the result of Women’s Lib. In Ethiopia, they keep them in corrals and sell them like cattle. Would you like to take a little trip to Ethiopia, my darling?” Even more charged are the scenes where he slaps sheets of music into Joan Hackett’s face in front of a pupil or humiliates her in front of the school dining hall for her refusal to eat and then demands an apology from her.

Carol Sobieski’s script remains very faithful to the French original. The early sections centre much more around the relationship of the characters than was the case in the first film where Sam Waterston’s performance gives the film enormous force and drive. Once the murder scheme begins however, the script becomes about the turning of suspense mechanics and is not quite as charged. (Or perhaps it just that the latter half suffers from the absence of Sam Waterston’s charged presence). The script follows all the familiar scenes from the original with the return journey being plagued by the overly helpful neighbour and the cop stopping them. John Badham certainly creates tension around the missing body in the swimming pool, Sam Waterston maybe having returned and so on.

However, these scenes worked with far more terse, frightening impact in the original. Notably, the original was in black-and-white and Reflections of Murder comes in the misty lens of the typical Showtime movie and is less effective as a result. Nevertheless, the film works well towards its end and makes its twist revelations work for it all over again. Many consider the image of the corpse rising out of the bath to be one of the most frightening tv images of the era.

The film adds a coda to the end that the original never had that has Tuesday Weld cleaning up around the school and then seeming to get the impression that Joan Hackett is still alive in exactly the same ways that Sam Waterston seemed to be haunting the school in the earlier sections.

Both Reflections of Murder and Les Diaboliques are based on a 1952 novel by the popular French thriller writing team of Pierre Boileau and Thomas Narcejac. Boileau and Narcejac also wrote the books that became the basis of Alfred Hitchcock’s Vertigo (1958) and the transplanted limbs horror film Body Parts (1991), as well as the screenplay for the classic French mad surgeon film Eyes Without a Face (1959).