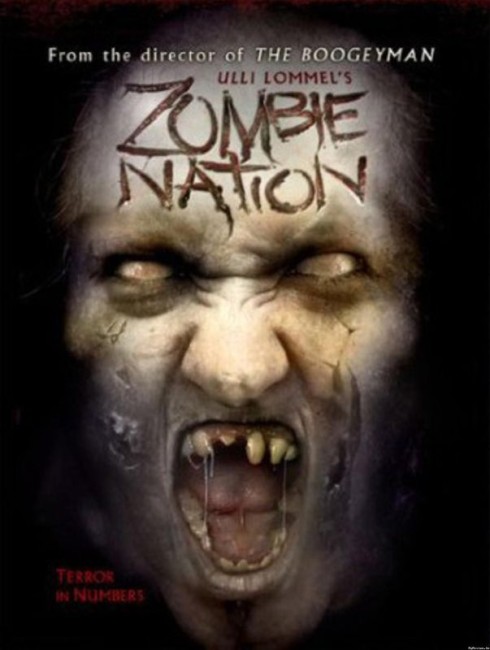 Vitalio, a patrol officer at the 707th Precinct of the LAPD, has been assigned to partner with Officer Joe Singer. However, Vitalio feels increasingly uncomfortable about the fact that Singer is pulling over women that are innocent of wrongdoing and taking them to a warehouse to torture and kill them after which he dumps their remains in bags. Vitalio eventually says something to his superior. However, the men in the precinct served in the military together and bond together to protect their own by sidelining Vitalio on desk duty and brutalising his pregnant girlfriend. Meanwhile, the latest of Singer’s victims has had a voodoo spell cast on her that causes her and all the other women to return from the dead seeking vengeance.

Ulli Lommel (1944-2017) was a regular name in low-budget cinema who, if he did not exactly have a well-regarded reputation, can at least be regarded as prolific, having directed sixty films during a career that began in the early 1970s. Lommel was born in West Germany and floated around Rainer Werner Fassbinder’s stock troupe as an actor before gaining attention with his third film The Tenderness of the Wolves (1973). Under the patronage of Andy Warhol, Lommel made his way to the US in the late 1970s and thereafter discovered a career as a cheap, hack B movie director. (See below for Ulli Lommel’s other films). If there was ever a time where Lommel was in his peak, it was probably around the period 1980-1983 where he made efforts such as The Boogey Man (1980) and sequel, Olivia/Double Jeopardy (1981), BrainWaves (1982) and The Devonsville Terror (1983) that gained a moderate profile. Lommel can be seen on screen here as the mysterious Dr Melnitz who is brought in in a wheelchair to meet Gunter Ziegler where his dialogue consists of saying “Is it safe?” over and over.

I became fascinated by Zombie Nation after it ended up in the IMDB’s Bottom 100 list where it has attracted claims such as ‘The Worst Zombie Film Ever Made’. I thought I had seen some of the worst zombie films ever made – Redneck Zombies (1989), Santa Claus vs the Zombies (2010), Xombies 3D (2011), Bigfoot vs Zombies (2016), Range 15 (2016) – and was intrigued to see how this would compare. Zombie Nation, which should not be confused with the zombie tv series Z Nation (2014– ) – was made only a few months after Zack Snyder’s Dawn of the Dead (2004) remake, the success of which sparked a huge revival of the zombie genre over the next few years.

I suspect part of the dislike of Zombie Nation is that it is not what people expect of a zombie film. In fact, what we have is more a film about police brutality – a psycho officer (Gunter Ziegler) who enjoys killing women after pulling them over on minor pretexts – and a cover-up by his colleagues after his partner (Brandon Dean) stands up against this. There are no zombies in the film until the 50 minute mark (the film only has an 80 minute runtime). And even when they do appear, the zombies are not the stumbling, flesh-devouring hordes of Romero et al but talk, act seductively, drive cars and in the end coda are seen as having signed up as an all-female police force. Rather than any apocalyptic outbreak of flesh-eating zombies, what we have is a film about the murdered women returned from the dead (because a voodoo spell has been placed on one victim) seeking revenge against their murderer (although they do attack a couple of other men along the way).

Ulli Lommel has made Zombie Nation on the cheap. Like many of Lommel’s films of the 1990s and 2000s, it has the feel of being scraped together on next-to-minimal resources and the edges patched together with masking tape. The police precinct consists of no more than several cubicle dividers and desks placed around a warehouse – there are even spotlights openly visible in some scenes. On the other hand, it is not completely unwatchable so doesn’t get thrown down in the arena of worst zombie films ever in this author’s book. There are more horrendous examples out there.