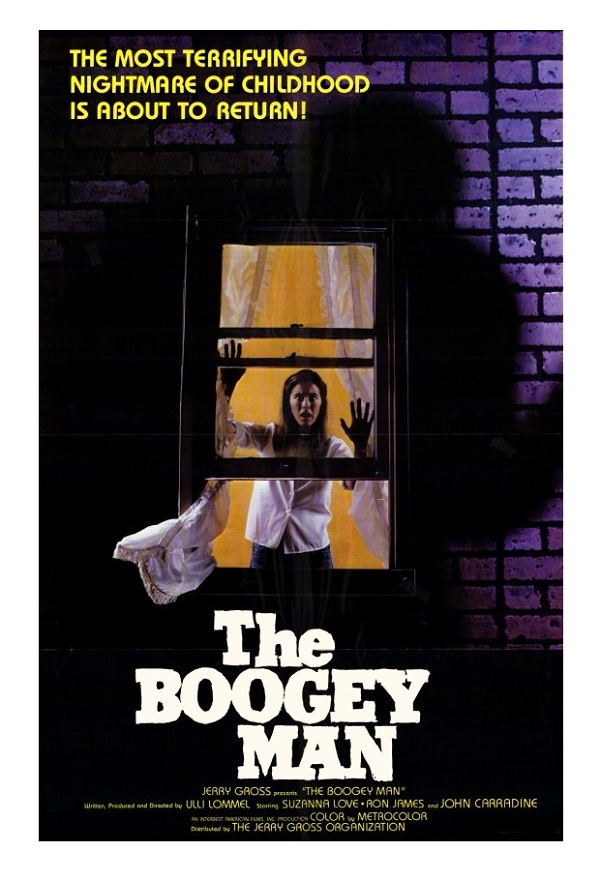 As children, brother and sister Willy and Lacey are locked out of the house and Willy tied to the bed while their mother entertains a stranger. Lacey frees Willy and he takes a knife and stabs the stranger. Twenty years later, Lacey is married to Jake and lives on a farm with their son Kevin. Also living with them is Willy who has never spoken since the incident. Lacey is still haunted by dreams about what happened. Her psychologist tries to deal with this and suggests that she and Jake return to Virginia to visit the old house. They meet the children of the family that now lives there. Lacey then sees the mirror that was in her mother’s room at the time of the murder. The image of the murdered stranger appears in the mirror and she smashes it. Jake picks up the pieces and takes them home. However, the mirror contains the trapped evil of the murdered lover. The broken pieces now reach out to cause a series of bizarre deaths for whomever they come in contact with.

Ulli Lommel (1944-2017) was a unique name in low-budget cinema. Lommel was born in West Germany and floated around Rainer Werner Fassbinder’s stock troupe as an actor before making his debut as a director with the artily acclaimed The Tenderness of the Wolves (1973). Under the patronage of Andy Warhol, Lommel made his way towards the US in the late 1970s and thereafter discovered a career as a cheap, hack B movie director. (See below for Ulli Lommel’s other films). If there was ever a time where Lommel was in his peak, it was probably around the period 1980-1983 where he made much more polished efforts such as Olivia/Double Jeopardy (1981), BrainWaves (1982) and The Devonsville Terror (1983). The Boogey Man was probably the most well known of Lommel’s films.

It is almost certain that The Boogey Man was inspired not long after the massive success of John Carpenter’s Halloween (1978). The very title The Boogey Man – no relation to Ghost House Pictures’ Boogeyman (2005) and sequels – could just as equally serve as an alternate title for Halloween. The opening sequence has been almost directly pillaged from Halloween – kids peeking in on adults having sex, near-identical melodic music playing on the soundtrack and finally the point-of-view shot as the kid comes up and stabs the couple as they make out.

The major difference between The Boogey Man and Halloween is that it is less a slasher film – although there is a series of slasher movie novelty deaths throughout – than it is a 1970s occult film. This is particularly evident at the ending when Ulli Lommel throws in cliched possession and exorcism scenes. The design of the house in the film has been borrowed from the cupolaed house in the then recent hit of The Amityville Horror (1979).

While most of Ulli Lommel’s other films are unadulterated hackwork, The Boogey Man is one of the more professional looking efforts in his oeuvre. Even so, The Boogey Man is oddly lethargic as a slasher film – following the opening scene, it takes nearly half the film to get to the first victim, for instance. Things happen slowly and Lommel’s direction is predictable – nothing surprising or unexpected happens during this first half.

Certainly, when it comes to the slasher scenes, Lommel directs these with an undeniable bizarreness. We get a standard slasher set-up with teenager Jane Pratt in the bathroom – having stripped down to her scanty underwear naturally – and cutting her hair as a point-of-view shot creeps up on her, while there is deep breathing on the soundtrack and she then becomes driven by the shard of mirror to plunge a knife into her neck. Meanwhile, the younger brother (David Swim) who is peeping in through the window is killed when the sash drops down on his neck.

The most bizarre despatch involves a group of teenagers on the lakeside who are affected by the reflection of light from the mirror across the lake – one guy is in a car where a screwdriver levitates from behind and impales him through the back of the head and out through his mouth, followed by one of the girls coming along whereupon the door of the car is supernaturally slammed shut to knock her forward into a kiss with the guy, impaling her on the other end of the screwdriver protruding out of his mouth.

Ulli Lommel’s directorial career during this period brought to prominence actress Suzanna Love who Lommel married in 1979. Suzanna Love was a member of the wealthy Dupont family and became Ulli Lommel’s greatest collaborator during this period, co-writing and starring in all of his films during their marriage. Moreover, she was responsible for diverting some of the family fortune to financing Lommel’s films, which undeniably contributed to their greater polish. (It is noted that Lommel’s directorial career declined into a series of cheap and universally terrible productions after their divorce in 1987). Suzanna Love has a quiet and studious modesty to her performance that indicates that she could have become a much bigger name than she did – alas, after her last film with Lommel, A Smile in the Dark (1991), she has vanished from cinema screens. Her brother Nicholas Love, who also appeared in several of Lommel’s films, plays her mute brother in the film here.

Ulli Lommel made a sequel with Boogeyman II (1983), which features Suzanna Love again in a series of killings set around a Hollywood party. The sequel is disliked due to the fact that nearly a third of its running time is padded with footage from this film.