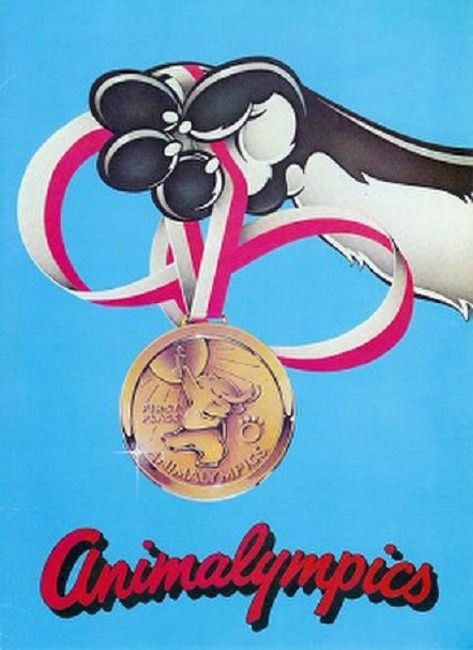 Animals come from all over the world to Pawprint Stadium on Animalympic Island to compete in the Animalympics.

This independently-made animated film was designed to commercialise on the 1980 Moscow Olympics – it was originally intended as two tv specials commissioned by NBC to accompany the Olympics but expanded out to a theatrical release. However, this proved to be a gamble that flopped spectacularly when the Olympics were boycotted by most nations over the Russian invasion of Afghanistan. The film never received a theatrical release in the US, although did play in other parts of the world.

With no plot to speak of, Animalympics is only a series of running skits and gags that lack any connection – the whole film could make do with a quarter of its running time with no measurable difference. It never seems to be much more than a feature-length collation of cartoon shorts. Action slows to a standstill during the insipid, instantly forgettable songs. Although the odd gag is amusing, like the biography of an alligator athlete – “He began life as a handbag – they said he’d never walk again.”

Director Steven Lisberger next branched out into live-action with the excellent cyberspace film Tron (1982) and then his career stalled with the flop post-holocaust film Slipstream (1989).