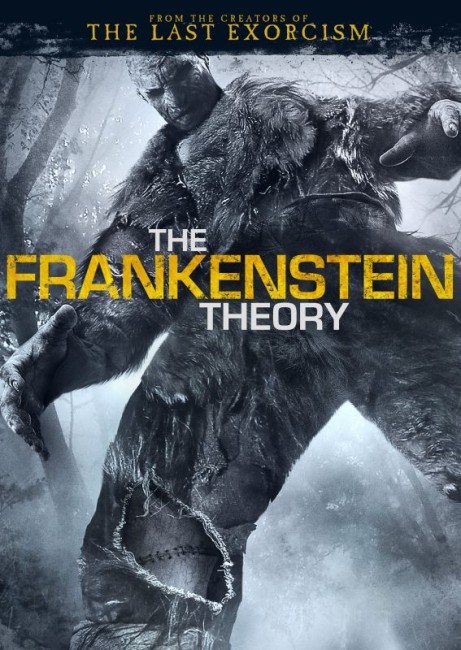 A film crew headed by director Vicky Stephens interview Jonathan Venkenheim, a professor who has been expelled from his university. He shows them documents that he claims tell the real story of ‘Frankenstein’ where the creature was constructed by his ancestor acting on the orders of The Illuminati. The film crew now accompany Venkenheim as he heads up into the remote wilds of the Canadian Arctic Circle where he believes the Frankenstein monster is still alive. Guide Karl McCallion is hired to take them to the remotest area. Venkenheim is certain that he is following the creature’s trail but McCallion believes that what they are following is merely a bear.

The Found Footage film grew out of hits like The Blair Witch Project (1999) and Paranormal Activity (2007). Having largely become associated with the horror genre, almost every horror theme within it has been explored in the last few years. We have seen Found Footage equivalents of the serial killer/snuff movie in The Great American Snuff Film (2003), Amateur Porn Star Killer (2007) and sequels and The Poughkeepsie Tapes (2007); the monster movie in Cloverfield (2008) and The Tunnel (2011); the zombie film in Diary of the Dead (2007) and [Rec] (2007); the ghost story in Paranormal Activity and sequels, Lake Mungo (2008), Gacy House (2010) and Grave Encounters (2011); the possession/exorcism film in The Last Exorcism (2010) and The Devil Inside (2012); the vampire film in Afflicted (2013) and Black Water Vampire (2014); the Satanic pregnancy film in Delivery (2013) and Devil’s Due (2014); the UFO conspiracy film in Area 51 (2015); even an entire anthology of Found Footage horror tales in V/H/S (2012). In 2013, it was the turn of the Found Footage Frankenstein film with The Frankenstein Theory here, along with the mind-boggling Dutch-made Frankenstein’s Army (2013).

Any Found Footage version of Mary Shelley’s Frankenstein (1818) is stuck with one central problem – that the usual setting of any version of Frankenstein takes place in the 19th Century, which predates the invention of the movie camera let alone the handheld video camera. Frankenstein’s Army got around this by updating the venue to World War II and featuring a descendant of Frankenstein. The Frankenstein Theory approaches from a different angle and focuses around the idea of the search for the Frankenstein monster in the present-day Arctic (where he was last seen according to the final scenes of the book).

The disappointment of The Frankenstein Theory is that there is little about it that resembles a Frankenstein film. The opening scenes tell us that what we know of the story wasn’t what we think happened at all – that Dr Frankenstein wasn’t even named Frankenstein and moreover (in a left-field element that you keep thinking should have been made more about this) that he was not a lone mad scientist but acting on the orders of The Illuminati.

Even accepting this as it is, the great disappointment of the rest of the film is that there is very little to do with either Frankenstein or his monster. There is nothing mentioned of the experiments and creatures made of stitched-together corpses other than Kris Lemche telling the story about his ancestor in the opening minutes. The film sets out on a quest for the monster but it never appears until the very last shot of the film.

The rest of the show is taken up with debates over whether what is out there is the monster or a bear. In fact, what we have feels more like a regular Found Footage Sasquatch film where the Frankenstein monster could have been replaced by Bigfoot or the Yeti with little difference to the story. There are undeniable similarities to the recent Bigfoot Found Footage film Willow Creek (2013).

Most of the film centres around the film crew wandering around the wilderness in search of the monster. There is a comic encounter with a meth head, while Timothy V. Murphy even turns up to do a campfire story session where he seems to be directly channelling Robert Shaw’s performance in Jaws (1975).

The frozen tundra does look imposingly remote and empty, while the fact that the film crew have carted their gear to an appropriately inaccessible location does impress itself on the film. Indeed, this landscape becomes an integral part of the story the film tells. The film was shot in Alaska, which stands in for the Canadian Arctic (and makes maybe about the first occasion ever where the US has stood in for Canada, rather than vice versa as is almost always the case).