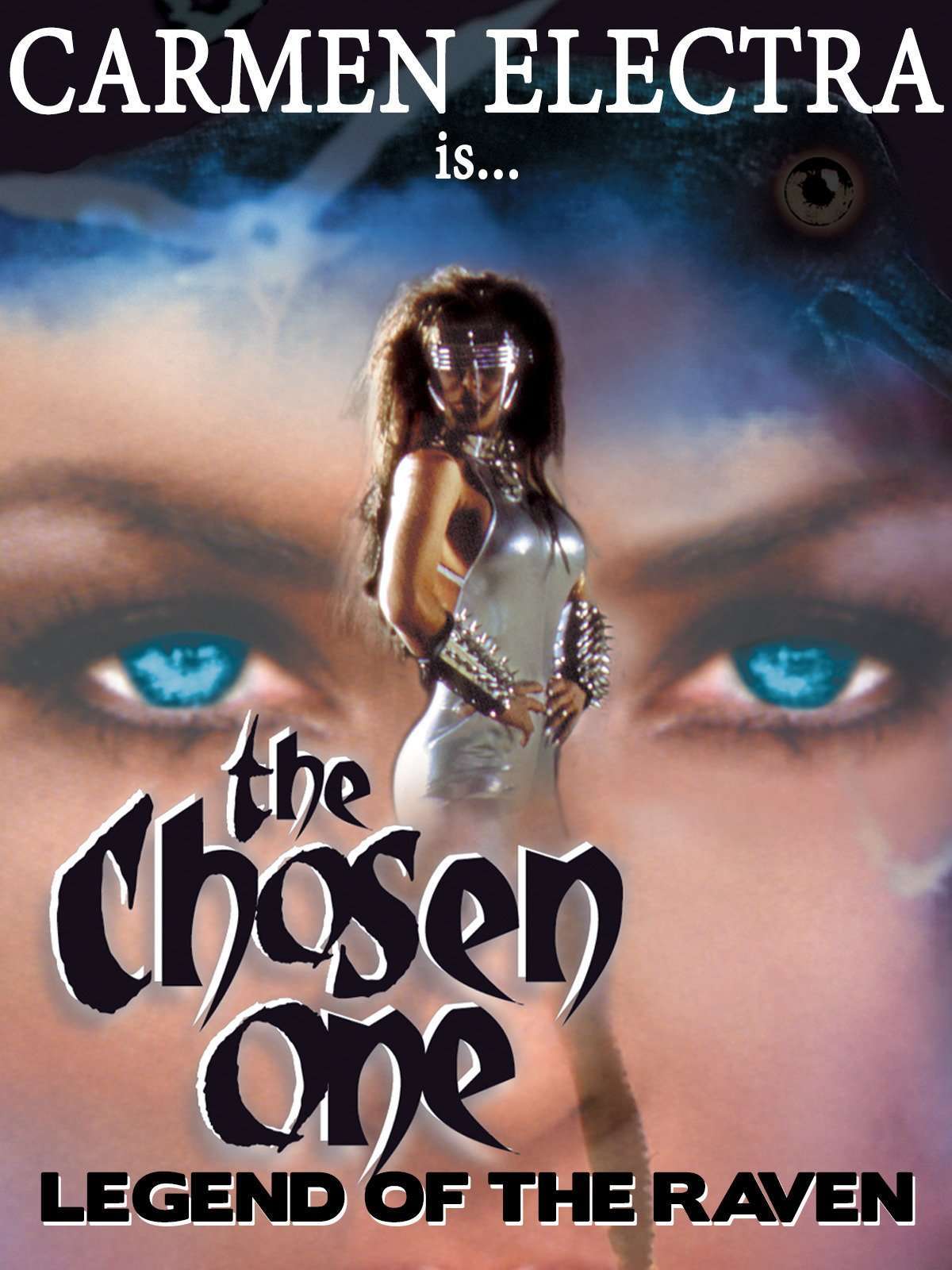 McKenna Bravenight returns to her small desert hometown after the murder of her sister Emma. She is told by her Native Indian father and Emma’s ghost that she is now the Chosen One and must bear the Sacred Crescent to fight evil. She refuses to accept the role but finds she is unable to take the Crescent off once it is placed around her neck. She takes up with her ex, local law enforcement officer Henry. This drives Henry’s embittered girlfriend Nora to crystal meth addiction and whoring herself to her supplier Cole. Cole shoots both McKenna and Nora but the power of the Crescent revives them from the dead. Giving herself over to the power of the raven, McKenna dons a form-fitting masked outfit and dedicates herself to the fight against evil. However, Nora has given herself over to the dark spirit of the wolf and starts to relish hunting and killing, all the while trying to obtain the Crescent and its powers from McKenna.

The Chosen One: Legend of the Raven is an amazing film. It is clearly one of those films that is going to be rediscovered as a trash movie artifact in years to come. What makes it so amusing is that it suffers from an identity crisis that seems to be trying to pack as many diverse genres into one as possible. For a time, it seems to be a psycho film, although the serial killer is then killed off. It is a superhero film, one that offers the intriguing possibility of something like a female version of The Crow (1994) using American Indian mythology. (Although, it is also a superhero film shot on the cheap where the promised apocalyptic battle between good and evil takes place entirely in a small desert town whose population registers in the low double digits. The town itself appears to have been shot on the cheap using someone’s ranch as a location).

It is also a white trash soap opera full of amazingly torrid smalltown bitcheries – when sheriff Dave Oliver cheats on her, bad girl Debra Xavier hits the crystal meth and sells herself to drug dealer Michael Stadvee who promptly beats Oliver up, urinates on him, then throws him in the back of his pickup truck where Xavier gleefully has sex with Stadvee, riding on top, while Oliver writhes in agony on the back of the truck.

The film becomes even more amazing during Carmen Electra’s transformation into a superheroine. As befits most superheroines of the 1990s – Joan Severance in Black Scorpion (1995), Pamela Anderson in Barb Wire (1996), Nicole Eggert in The Demolitionist (1996) – Electra comes decked in a skintight jumpsuit (in silver spandex rather than black leather) and metal studs and gloves, even a chromium football helmet for a mask. Equally, as per Anderson and Eggert, there are closeup scenes of the heroine first putting the suit on where the camera seems to fetishise the way the skintight suit hugs her curves.

The dialogue verges on near laughability – when Carmen Electra protests her fate as superheroine, her ghost sister replies “It’s better than being a spoilt, rotten, hot-tempered bitch.” Later Electra bursts into a saloon with the pronouncement “Hello, scumbag.”

The Chosen One is fascinating for its genre-bending of elements – think of a softcore-white trash desert town melodrama-American Indian superhero movie. Throw in names like Troma as distributor and former Baywatch (1989-2001) regular Carmen Electra and you have an instant psychotronic cult classic in the making. As befits a good psychotronic movie, it sits irresistibly just between being a bad movie and the trashily enjoyable.