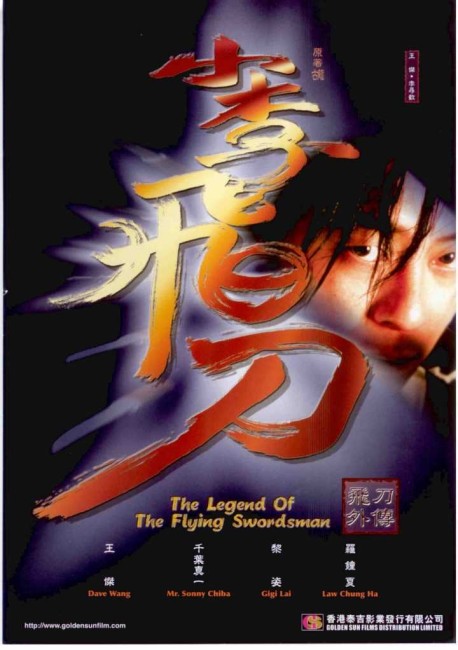 Fun Li marries Cher, a girl he has gotten pregnant. Much to her and his strict father’s consternation, he spends every night subsequently drinking himself into a stupor. Eventually, his father steps in to shake Fun Li out of it and Fun Li realises he has been doing this because he was upset with the way his father slapped him when he was younger. He now agrees to shoulder his responsibilities and takes over his father’s job as a security escort. While on one such journey, he and his team are attacked by flying women. Fun Li is the only one to survive but loses his memory. He is found and tended by the lovely Siu-Siu. He then regains his memory and returns home, only to find that his parents have been murdered and his wife taken by a Korean swordsman.

The Legend of the Flying Swordsman is an entry in the Hong Kong Wu Xia (fantastical martial arts/swordplay) genre. It comes from Bosco Lam, a seasoned director in Hong Kong cinema, mostly with works of erotica like Chinese Torture Chamber Story (1994) and 1001 Nights (1995).

The Legend of the Flying Swordsman however is a big disappointment. For one, it has almost nothing to do with flying swordsmen. Indeed, right up until the end, the film is entirely free of any swordplay whatsoever. Certainly, the single scene at the climax delivers the fantastical goods with all the mid-air combat, energy blasts, forcefields and martial arts expected of the genre. However, in terms of promise and delivery, the film is a thorough disappointment.

Moreover, the plot is a confusing mishmash. It almost entirely fails to follow any linear path and leaves vital information untold. In the middle of the film, for example, the hero appears to take up with another woman – it is not until sometime into this before we learn that he is suffering from amnesia. The film subsequently backtracks and retells events – but we are not sure whether it is meant to be an extended flashback or an alternate version of the same events a la Too Many Ways to Die (1997). We are never told who The Korean is and why he wants the hero’s wife. We never learn why the hero’s wife makes regular horse rides out into the middle of nowhere (where she initially encounters the Korean). A group of flying mystery women attack the hero’s caravan and kill everybody with dizzy fog but again who they are and what they are doing is never explained – in fact, nothing is ever seen of them again. Even the ending where the hero spurns his perfect love is a downer.