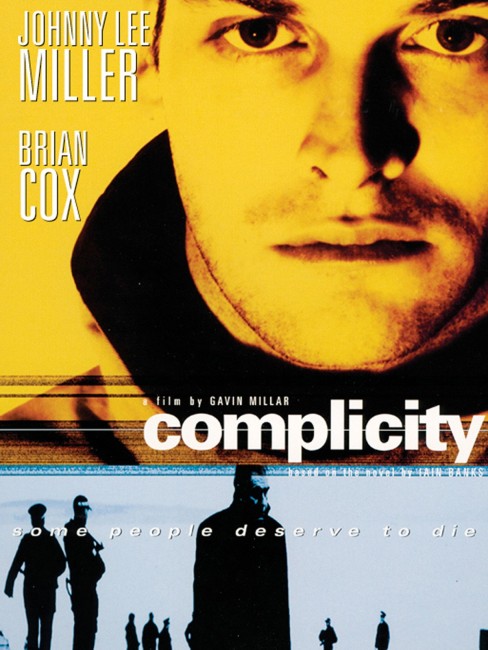 Cameron Colley is a young journalist working with The Caledonian newspaper. He has a tendency to get into trouble with his crusading articles. He receives tip-offs from a mystery man named Archer who hides behind a voice synthesizer. Archer gives him the names of a series of people who are connected to something called The Ares Project. However, as Cameron investigates, each of the names on the list starts turning up murdered. Each victim is also linked to the type of people that Cameron has angrily sounded off against in his articles. He is then arrested by the police as the chief suspect in a series of serial killings. The only hope he has of clearing himself is to piece together forgotten clues from something in his past.

Scottish novelist Iain Banks (1954-2013) was considered one of the major new English writers of the 1990s. Banks first emerged with The Wasp Factory (1984), a disturbing work of fractured psychology that gradually coalesces, like most of Banks’s works do, into a stunning conceptual breakthrough of identity for the protagonist. Banks went onto write other novels in a similar vein up until his death in 2013 – Walking on Glass (1985) and The Bridge (1986) (two works that intriguingly vie between space opera and sword-and-sorcery fantasies and mental illness), Espedair Street (1987), Canal Dreams (1989), The Crow Road (1992), Whit (1995), A Song of Stone (1997), The Business (1999), Dead Air (2002), The Steep Approach to Garbadale (2007), Transition (2009), Stonemouth (2012) and The Quarry (2013) – all centring around protagonists in bizarre mental states or strange situations. At the same time, Iain Banks also writes science-fiction, differentiating this from his other work by signing these books Iain M. Banks. Most of his sf novels – Consider Phlebas (1987), The Player of Games (1988), Use of Weapons (1990), Excession (1996), Look to Windward (2000), Matter (2008), Surface Detail (2010) and The Hydrogen Sonata (2012) – concern a vast future galactic civilisation that Banks calls The Culture.

Banks never quite found the fame that had Hollywood calling at his door. The only previous work of his to end up on screen was the BBC tv adaptation of The Crow Road (1996), Banks’ story about a Scottish family’s dark secrets. One suspects that the main problem may be that filmmakers may have some difficulty working with Iain Banks’s material – filming any of The Culture novels would prove a considerable challenge, while Banks’s mainstream work is so dependent on inner psychology that one suspects that it is highly uncinematic in nature. Although some years later we did see a BBC mini-series adaptation of Stonemouth (2015), while in the late 2010s, Amazon have announced a tv series based on The Culture novels.

Complicity (1993) is the first and only of Iain Banks’s books to have been adapted to the big screen to date. The film is directed by Gavin Millar, a fellow Scot who also made the fine Dennis Potter scripted Dreamchild (1985) about the aging Alice Liddell, and also directed the abovementioned adaptation of The Crow Road. Unfortunately, considering the readability that Iain Banks’s books have on the page, Complicity is a disappointment.

It starts out resembling a British political conspiracy thriller like Defence of the Realm (1983) or tv mini-series such as Edge of Darkness (1985), Natural Lies (1992), Fields of Gold (2002) and State of Play (2003). This turns out not to be the case and what starts out as a political conspiracy story takes a dogleg and turns into a serial killer thriller. Gavin Millar fails to generate much in the way of suspense in either the red herring political conspiracy plot or the numerous flashbacks to Jonny Lee Miller’s teenage years. There are some moderately kinky sex scenes involving ice cubes, bondage and rape fantasies, and a couple of moderately nasty killings, but Gavin Millar fails to get worked up about much at all. Complicity is unfortunately rather dull.

Iain Banks’s books tend to centre around bizarre psychological behaviour that suddenly coalesces into a surprise revelation as the protagonist pieces together a jigsaw of clues from their past. Complicity tends to work the best when we get to the scenes with Jonny Lee Miller in police interrogation trying to piece together half-forgotten elements from his past in order to work out why he is being framed for the killings. There is a passably well-written climactic confrontation between Miller and the killer with both debating about the morality of their actions but little else. The film’s failing is the case of a director failing to tap into the inner voice that an author captures so well.