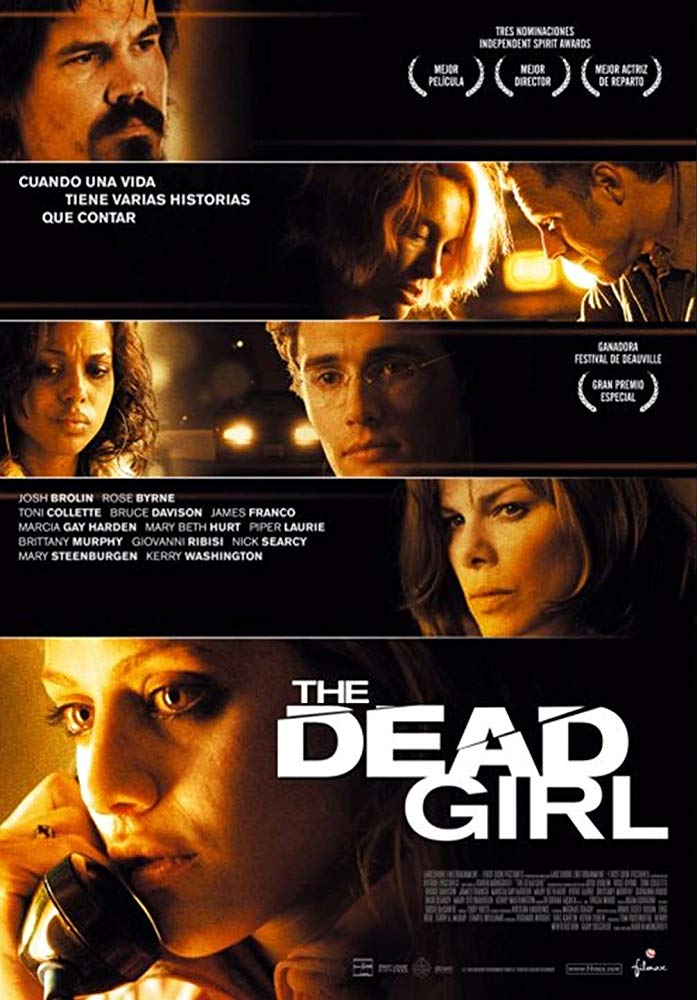 The Stranger:- Shy and withdrawn Arden lives at home, tending her aging mother. She then finds the murdered body of a girl in the brush on their property. This is the latest victim of a serial killer and brings media attention. Rudy, one of the workers at the local supermarket, asks her out and Arden defies her mother to go on the date. Rudy proves knowledgeable about serial killers and is fascinated with the case and so Arden asks him to tie her up so that they can have sex. The Sister:- Leah Folger works as a morgue attendant. When the body of the dead girl is brought in, Leah sees a marking on the hand that makes her think that it is her own sister Jenny who vanished several years before and her parents refuse to believe is dead. The Wife:- Ruth argues with her husband Carl over his wanting to go out for a bit, leaving her at home. However, when customers come to rent space at the storage facility that Carl manages, Ruth discovers evidence in one of the supposedly empty sheds that leads her to believe that Carl is the serial killer. The Mother:- Melora Kutcher travels from Washington State to meet with police after the dead girl is identified as her daughter Krista. Afterwards, Melora goes to the motel where Krista stayed and meets Krista’s girlfriend, the prostitute Rosetta. She then makes the shock discovery that Krista has left behind a daughter. The Dead Girl:- Krista sets out to travel to Norwalk, wanting to deliver a present to her daughter on her birthday. When her friend lets her down on the promise of a ride, she sets out on a motorbike. However, the bike breaks down and so she starts out hitching.

The Dead Girl is an interesting indie film with a number of overlapping genre sensibilities. It was the second film from writer-director Karen Moncrieff who had previously made Blue Car (2002), a worthy drama about a teenage girl struggling as a poet.

The promotional campaign for The Dead Girl tried to pitch it as an inspirational drama – “One life ends. Seven others begin”. This may well have been from a lack of knowing how to pitch the film than anything else, as the often bleak mood is far removed from any kind of women’s self-discovery drama. One has the slightly glib temptation to call The Dead Girl a Chick Flick serial killer film – rather than standard serial killer thrillers where the emphasis is on the investigation and delving into the killer’s behavioural patterns, The Dead Girl focuses on the women affected by the serial killer’s actions. Although you would e hard-pressed to pigeonhole The Dead Girl as anything that resembles a genre thriller. (The Dead Girl should definitely not be confused with Deadgirl (2008), which came out not long after concerning zombies and necrophilia).

Karen Moncrieff’s tempo is very different from a Hollywood film – the film is all slow, moody closeups, accompanied by bluesy slide guitar. The film is told as a mandala of overlapping stories a la the likes of Pulp Fiction (1994), Magnolia (1999), Crash (2005), Babel (2006) and the works of Robert Altman. Here Moncrieff tells the stories of five different women, ranging from the person who discovers the body to the mother of the victim, the pathologist who examines the body, the killer’s wife and the victim herself in the final segment.

As with any anthology, the episodes vary in quality. The first segment The Stranger opens the show with a perverse kick. We are introduced to shy withdraw Toni Collette and her embittered and shrewish mother Piper Laurie. From the moment that Giovanni Ribisi enters the scene and asks Toni Collette out, the episode takes on a decidedly ambiguous tone. As they head off on the date and he displays an uncommon fascination with the case and starts reciting facts about serial killers, we begin to get an uneasy feeling that leaves us uncertain whether he might be the killer. And then comes the moment when they are making out where she proves reluctant to kiss him and he jokes “Don’t have to tie you up, do I?” and she demurely invites “Maybe.” And then a couple of moments later we see him binding her hands with a leather belt and she shaking her head as it would be too easy to get out of, followed by he trying to fuck her while bound up in the car and she expressing disappointment that he hasn’t tried to rape her.

This opens the film with a charged perversity – an episode where you genuinely do not know where things are going from one moment to the next or indeed who is in control or the more unbalanced. The only disappointment – one that could be said of most of the episodes – is that Karen Moncrieff either fails to give the story enough time for the telling or, as with this episode, the resolution is weak and the story feels like it needs another act to tell it satisfyingly.

The second episode, The Sister, has promise in its story of Rose Byrne’s clinically depressed coroner’s assistant believing the dead girl is her own sister and trying to stand up against her family to tell them that they should accept that their missing daughter is not coming back. Despite building some good character tensions, Moncrieff fails to let the episode go anywhere and this is the weakest of the stories.

The third episode, The Wife, works marvellously. An unrecognisable Mary Beth Hurt gives a performance filled with considerable anger and fear as a neglected middle-aged wife. The episode is reminiscent of the British film The Hawk (1993), which featured Helen Mirren as a wife who suspects that her husband might be a serial killer but Moncrieff makes her segment work far better than The Hawk did in the whole of its running time. This is the nearest that The Dead Girl could be said to resemble a classic thriller.

The fourth episode, The Mother, works well as a story of two people from the opposite sides of the fence – Marcia Gay Harden’s white middle-class mother and Kerry Washington’s abused Black street hooker – as they come to unite and trust one another across the social divide. This is probably the most upbeat of the stories. The final episode, The Dead Girl, tells the story of the victim Brittany Murphy and winds elements from all of the foregoing segments together in its telling of the last few hours leading up to her murder. The film merely fades to black after she gets into Nick Searcy’s car, leaving what happens then a tragically unspoken silence. Moncrieff’s laying You Are My Sunshine over the end credits immediately after this comes with bleak effect.

One of the amazing things that Karen Moncrieff has managed is the assemblage of an impressive cast that ranges from industry veterans and awards winners – Piper Laurie, Mary Beth Hurt, Toni Collette, Marcia Gay Harden – to new faces on the rise – Kerry Washington, Rose Byrne, Brittany Murphy, as well as fine support on the male side from Giovanni Ribisi. It is hard to single out who among these gives the best performance. Probably the edge goes to Mary Beth Hurt playing a frightened middle-aged woman having to deal with harsh revelations. It is equally good to see Piper Laurie, one of the great and underrated actresses of the 1970s, back as Toni Collette’s aging and venomous mother and showing that she has lost none of the fieriness that marked her best performances.