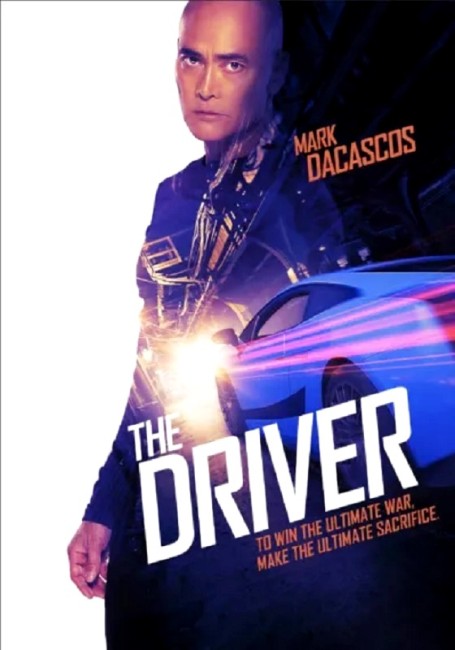 It is after the zombie apocalypse. A man drives a luxury car and acts as enforcer for a small community, The driver lives in the community’s walled compound with his wife Sharon and teenage daughter Bree The driver’s offsider Joe is upset because the driver won’t let him drive the car and betrays them to bandits. The bandits invade the compound in armed force, during the course of which it is overrun by zombies. The driver is forced to kill Sharon after she becomes infected. The driver then sets out in the car with Bree in search of the mythical community of Haven, which offers sanctuary. Fighting off zombies and bandits along the way, the driver tries to impart essential survival skills to Bree, not letting her know that he has been bitten and has only a short time before he succumbs.

Wych Kaosayananda, variously also billed as Wych Kaos or just Kaos, is a director from Thailand. Kaosayananda first appeared with the Thai action film Fah (1998). This led to his helming the English-language action film Ballistic: Ecks vs Sever (2002), which proved to be an expensive flop. It was some years before Kaosayananda returned to make to the director’s chair with the likes of Angels (2012), Zero Tolerance (2015) and other genre films with Tekken: A Man Called X/Tekken 2: Kazuya’s Revenge (2014) based on the video combat game, and the End of the World film Two of Us (2020).

The Driver is Wych Kaosayananda’s venture into the zombie film, a genre that has been prolific to the point of creative overspill since 2002 (for an overview of the genre see Zombie Films). Kaosayananda is an action director – no problem with that – but feels is out of his natural element in taking on the zombie film. In doing so, he tends to fall back on the familiar and ends up making a zombie film that is really an action film. The zombie scenes are not about zombies devouring human flesh but are shot as action scenes with people engaged in shootouts and fights. Not to mention that you switch off within five minutes after Kaosayananda introduces fast-moving zombies.

Much of The Driver – no relation to the fine Walter Hill getaway film The Driver (1978) – has been conceived around the availability of a luxury car (a BMW E90), which was apparently borrowed from a friend of Kaosayananda. Thus we get a film that is almost all driving scenes – although no car stunt scenes presumably because Kaosayananda didn’t want to risk damaging his friend’s car. What it resembles almost is a zombie film crossbred with The Transporter (2002).

Even then you keep asking why Mark Dacascos is driving a luxury car around the post-apocalyptic wastelands. Where does he get all his gas from? When he goes out on sorties in his car, what exactly is he doing? It is not as though he is doing what you think would be the natural thing in the situation and trying to gather supplies. All we see him do is take someone who has betrayed the community’s standards out in the car’s trunk and abandon them to the zombies – surely just throwing somebody outside the gates of the compound would achieve the same purpose without wasting precious fuel?

The only recognisable name on board is Mark Dacascos who emerged as an action star in the 1990s in films like Crying Freeman (1995), Brotherhood of the Wolf (2001) and Drive (1997) , no relation to this, among others. Dacascos also produces the film and has brought on board his wife Julia Condra and their thirteen-year-old daughter Noelani who plays the wife and daughter of his character in the film.

Much of the film becomes a story about Dascascos and Noelani and their journey to find the mythical place of Haven. The story, in which a man tries to find his child a home before he succumbs to the zombie bite, is surprisingly similar to the Australian zombie film Cargo (2017) in which an infected Martin Freeman tried to find a home for his infant daughter before he succumbed. The scenes with Dascascos trying to teach Noealani responsible gun use and how to drive a car are actually the best in the film – and indeed make The Driver the best of Wych Kaosayananda’s films to date. Noelani also shows herself to be a not too bad actress with a potential future ahead of her.