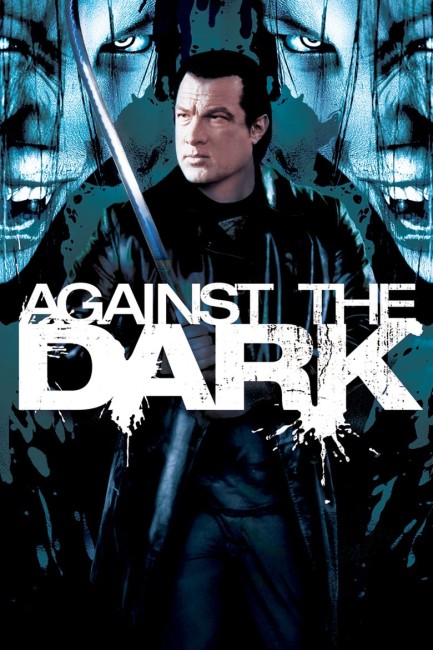 Civilisation has collapsed following a plague that turns people into ravening zombies, hungry for the blood of the living. A handful of survivors remain barricaded inside buildings. In the labyrinthine corridors of a hospital, a couple meet up with a group of four young survivors. They agree to cooperate to find their way out to safety and set out, trying to avoid the zombies lurking in the corridors. Vigilante groups known as Hunters rove the city eliminating the infected. One team of Hunters led by Tao enter the hospital. They meet up with the group and aid them in trying to get to safety. Meanwhile, the military receive orders to bomb the area to eliminate the zombies and the commanding officer determines to do so irrespective of the living remaining in the area.

Steven Seagal was one of the martial arts super-stars to emerge in the 1980s. Seagal starred in films such as Above the Law (1988), Hard to Kill (1990), Marked for Death (1990), Out for Justice (1991), Under Siege (1992), On Deadly Ground (1994), Fire Down Below (1997) and Exit Wounds (2001), as well as the occasional genre effort such as Under Siege 2: Dark Territory (1995), The Patriot (1998), Submerged (2005), Flight of Fury (2007) and The Perfect Weapon (2016). As with many of his contemporaries, Seagal’s action movie career started to fade in the late 1990s and 00s. Many others action stars were forced into bizarre attempts to straddle other genres in order to make ends meet – who can forget Chuck Norris turning up as a environmental ghost in Forest Warrior (1996) and as an angel in Bells of Innocence (2003). Steven Seagal has kept consistently working and has avoided too much in the way of these genre crosshatches, although it should be said that the majority of his releases have now started to go straight to dvd rather than theatres.

Against the Dark is one attempt on Steven Seagal’s part to reinvent himself in a different genre – namely the zombie film. The zombie film received a major resurrection in the 00s, following the success of films like 28 Days Later (2002), Dawn of the Dead (2004) and Shaun of the Dead (2004). Against the Dark is an attempt to make Steven Seagal into post-catastrophe zombie slayer. (Far more successful in this vein was Maggie (2015) when Arnold Schwarzenegger took on the zombie film). Although the film seems uncertain if it is being a zombie or a vampire film as the zombies seem a mix of either, being mindless and ravening yet driven by a need to devour human blood rather than eat flesh. In this respect, there are times that Against the Dark starts to homage Richard Matheson’s classic I Am Legend (1954) – in particular, lines like “What if we are the only ones left? It means we’re the monsters now,” which sum up the whole of I Am Legend‘s remarkable ending far better than any of the film versions – The Last Man on Earth (1964), The Omega Man (1971) and I Am Legend (2007) – have.

The surprise about Against the Dark is that, even though Steven Seagal produces the film, he is on screen for surprisingly little of it. In the first 40 minutes, he appears in only about five minutes of screen time. This works somewhat to the film’s advantage. I have often found Seagal’s action moves to be needlessly sadistic and focused around the brutal and nasty despatch of opponents; his absence serves to place the focus on the more human dramatic situation of the survivors and their trek through the hospital corridors. Certainly, Seagal and his action moves take over in the second half of the film, where they at least come with a passable efficiency.

That said, even as a zombie film, Against the Dark is at best routine. The film is moderately gory, although the splatter effects and zombie attacks are nothing spectacular and certainly nothing we have not seen before. Amid the survivors, the characters tensions are passable but few of them stand out with any distinction. The entire film was shot in Romania and all seems to take place in the same limited sections of hospital corridor.

The major complaint I had was the logic of how the Hunters despatch the zombies. The weapon of choice used by Steven Seagal and associates seems to be swords and other such bladed weapons. When you are despatching opponents whose bloody is highly infectious, it seems to make little sense to be using hand weapons that so readily splash blood and moreover to be wielding said weapons with no protective covering other than cool-looking black leather jackets and nothing covering the swordsman’s hands.

The other complaint about Against the Dark is the big false build-up about the military preparing to bomb the section of city where the hospital is in order to raze the zombies. The ticking countdown to the ruthless military bombing of the area is a cliche common to many films. Much of the latter section involves the survivors in a race to get out before the bombing occurs. Instead, the film arrives at a big anticlimax where the bombing never happens and the soldiers who were muttering mutiny congratulate each other and say “let’s go home now” in the final scene, seemingly having already forgotten they were prepared to kill each other only a few minutes before.