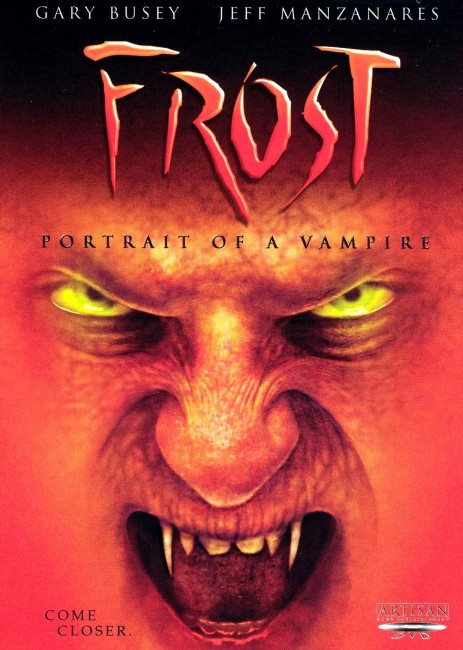 In 1989, Captain Jack Frost commands a unit of American soldiers fighting against the Russian occupation in Afghanistan. One of Frost’s troupe Nat McKenzie is bitten by a person that Afghan locals are demanding be killed as a monster. Now in the present day, Frost is called in to investigate by McKenzie’s wife. McKenzie has gone missing after he and the other members of the troupe were hired as mercenaries by a general in Mexico. Travelling to Mexico, Frost finds that the general has slaughtered McKenzie and the others. However, when Frost returns to San Diego, he discovers that McKenzie is very much alive. He must come to terms with the increasingly bizarre notion that McKenzie is a vampire and is now on a killing spree across the city.

Kevin VanHook runs a small L.A.-based visual effects company VanHook Studios, which later merged with Film Roman. VanHook Studios has produced effects for films such as Hart’s War (2002), Hellraiser: Hellseeker (2002) and Daredevil (2003). Kevin VanHook has also worked as a comic-book and storyboard artist. Frost: Portrait of a Vampire was his first film as a director, based on a work that he had originally started as a comic-book. It was a production that VanHook and many of the crew mounted independently and made on a shoestring budget over a five-year period.

Kevin VanHook appears to have inspired by the fad of vampire hunter films that came out circa 1998 – Blade (1998), Ultraviolet (1998) and Vampires (1998). He crafts his vampire hunter film in a similar action movie vein to Blade. He has a clear fascination with a certain type of men’s men view of toughness – his hero dresses in shades and flak jacket, and the film comes surrounded by military camps, muscly guys, biker bars and weather-beaten Vietnam vets. In the title role, Jeff Manzanares is beefily stolid and remains tight-lipped with his eyes hidden behind a pair of shades throughout the entire film. The problem here is that while Manazanares is fine at tough guy poses, he looks awkward and ill at ease when it comes to any of the more emotive scenes he is required to play.

Unfortunately, the film around him looks cheap and amateurish. Though Kevin VanHook is an industry professional and has even managed to employ a name actor like Gary Busey, Frost: Portrait of a Vampire looks more like a cheap, video-shot film made by novices. The action scenes are particularly unconvincing. Most noticeably, Kevin VanHook disappoints on the one area that is his specialty – the effects – with the scenes of the helicopters exploding looking extremely cheap.

Furthermore, Kevin VanHook’s screenplay is confusing. It takes nearly half the film – between the opening forensic investigation, which eventually proves to be unrelated to anything else in the film, the flashbacks to Afghanistan and the diversion away to the mercenary school – to work out what is going on. We are not sure for much of the film who Jeff Manzanares’s hero is meant to be – the title gives the misleading impression that Frost is the vampire – and why he and Gary Busey wear sunglasses. Or for that matter the connection between the cleanshaven McKenzie seen in the Afghan flashbacks and the dreadlocked crazy we see running about in the present. Eventually, Frost: Portrait of a Vampire proves to be a thoroughly routine vampire film that ends up having nothing at all to say.

Frost: Portrait of a Vampire was a modest success in video release. Kevin VanHook stayed with the horror genre for his subsequent directorial outings – The Fallen Ones (2005), Death Row (2006), Slayer (2006), Voodoo Moon (2006) and Alpha Wolf (2018), as well as Starz Inside: Fantastic Flesh (2008), a documentary about makeup effects artists. In between all of this, VanHook is also a comic-book writer and created the comic-book that later became the basis of the Vin Diesel action film Bloodshot (2020).