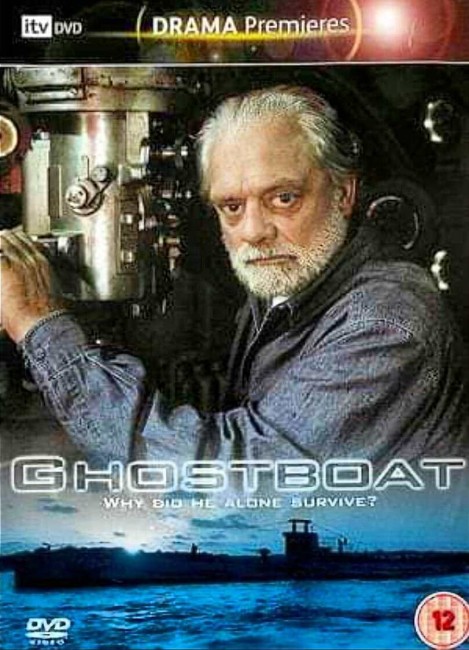 1981. An international incident nearly erupts when a British submarine surfaces in the Soviet-controlled Bering Sea. British Naval Intelligence determine that the submarine is The Scorpion, although this was reported as having sunk in 1943. Commander Travis of Naval Intelligence locates the sole survivor from 1943, Professor Jack Hardy, although Hardy claims to have amnesia about what happened. Travis decides to relaunch The Scorpion and follow the exact course of the original mission in an effort to determine what happened. He persuades Hardy to join the mission. After they launch, Hardy begins to notice strange things – the men increasingly seem to think they are in the World War II era rather than the present, the dummy missiles suddenly become live and then they attack another submarine. Hardy realises that the men have been taken over by the crew of The Scorpion and are starting to re-enact the original mission. Hardy sees that Travis has been taken over by The Scorpion’s captain Basquine and is being driven to launch an attack on a German shipyard – however in the present-day, this is a Soviet naval base and an unprovoked attack could potentially launch World War III.

Ghostboat is an interesting genre item that was made as a two-part mini-series for British television. It feels like a belated entry in the spate of haunted ship films that we had about four years earlier with Ghost Ship (2002) and in particular the haunted submarine drama Below (2002), which Ghostboat could almost be a sequel to. You could perhaps also add a few dashes from The Final Countdown (1980) wherein the crew of a modern US aircraft carrier find themselves propelled back in time to the eve of Pearl Harbor. Although if anything the greatest allegiance Ghostboat has is to The Twilight Zone episode The Thirty Fathom Grave (1963).

Director Stuart Orme immerses one in the details of the workings of a WWII era submarine with a sober credibility – you often have the sense that you are watching a realistically grounded Clive Cussler naval drama more than you ever do a ghost story. In fact, the elements of the supernatural are surprisingly minimal. At most, the hauntings amount to no more than a couple of scenes with mystery voices calling to David Jason or Ian Puleston-Davies but there being nobody in the room other than a curtain shifting slightly.

The story is not even as it would be in a haunted house story where we keep getting various pop-up scares at regular intervals. Indeed, the only supernatural element comes as we watch the 1980s setting slowly being taken over by the Wartime era and the crew being forced to re-enact the actions of their predecessors. Rather than labelling Ghostboat as a haunting/possession story, the more appropriate term would be to refer to it as a supernatural occlusion story. One is constantly reminded of tv’s Sapphire & Steel (1979-82) where the past was always slightly out of key and kept taking over the present and replaying itself in peculiar ways.

The story holds only one surprise – that the ghosts of the present are taking over the ship (something that is not too hard to work out) – and thereafter the mini-series progresses in a straight line towards its end. This is somewhat disappointing in that once the basic surprise is out of the bag, the script never develops or places any twists on it. We are only given half an explanation of events – is it a case of haunting or, as some other commentators have seen, a time warp at work? Nevertheless, Stuart Orme develops atmosphere and makes everything work effectively. The emphasis on the sober realism of the workings of a submarine grounds the story with considerable credibility. The cast is solid, although the venerated David Jason never seems to be particularly stretching himself.

Stuart Orme is a British television director who had previously made the fine dark children’s fantasy The Wolves of Willoughby Chase (1989) (1989) for cinematic release and then went onto the alien body snatchers film The Puppet Masters (1994). Almost all of Orme’s other work has been in British television. His other genre works have included:- the award-winning tv mini-series The Sculptress (1996) from the Minette Walters thriller; a tv mini-series adaptation of Arthur Conan Doyle’s The Lost World (2001); the mini-series The Last Train (1999) about a trainful of passengers who are cryogenically frozen; the children’s story adaptation Fungus the Bogeyman (2004); and the serial killer thriller Cold Blood (2005-6) and its sequel Cold Blood: The Last Hurrah (2007).