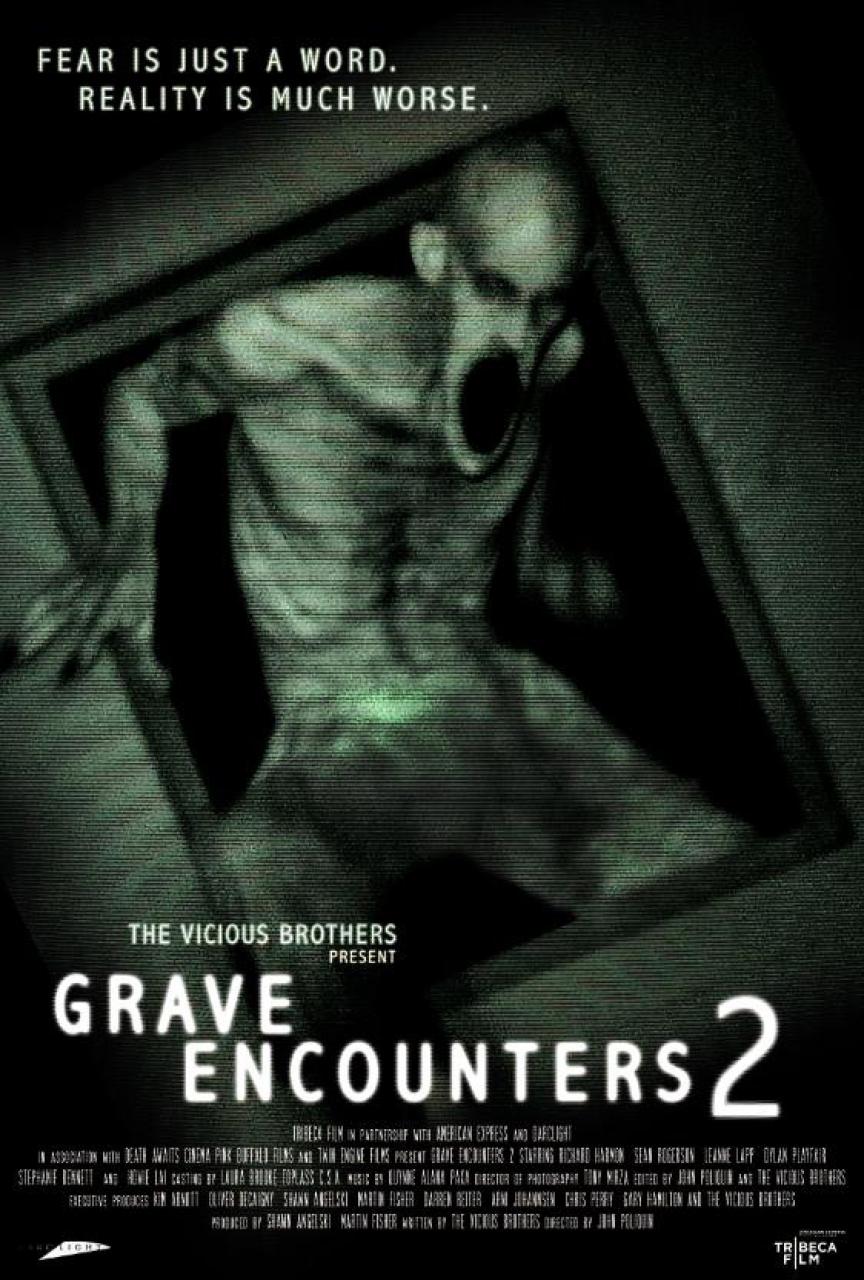 Alex Wright, a student filmmaker in Seattle, is determined to make a ground-breaking horror film. He becomes obsessed with the Found Footage film ‘Grave Encounters’. Spurred on by a mysterious correspondent on the internet, he starts tracking down the people involved and becomes convinced that ‘Grave Encounters’ was not a faked film but real. He and his film crew travel to Vancouver, Canada, the site of the asylum where ‘Grave Encounters’ took place. Sneaking into the grounds and building, they soon discover that the hospital is genuinely haunted as it traps them inside.

Grave Encounters (2011) was yet another in the modern fad for Found Footage Films concerning a film crew venturing into an old abandoned asylum and discovering it to be haunted. Personally, I found nothing remarkable about Grave Encounters and felt that it did little to stand out from the rest of the glut of films in the Found Footage subgenre. It was evidently a reasonable success at various fantastic film festivals and in dvd release – at least, enough to prompt this sequel. While retaining a screenplay credit, the so-called Vicious Brothers (Colin Minihan and Stuart Ortiz) have turned the director’s chair over to John Poliquin, a fellow Canadian who makes his directorial debut here.

Not expecting too much of Grave Encounters 2 other than more of the same, I ended up being considerably surprised. It rapidly becomes apparent that we are in the midst of a meta-fictional sequel that is supposedly set in ‘the real world’ and the first film is seen as a genuine work that was passed off as a work of fiction. The precedent for this was, of course, Book of Shadows: Blair Witch 2 (2000) and its similar treatment of The Blair Witch Project (1999) – not exactly a notable model of aspiration given that most regard that as a conceptual flop that killed off any further Blair Witch sequels.

Grave Encounters 2 rather amusingly opens on a variety of reviews of the first film from various v-loggers. We are then introduced to this film’s supposed director (Richard Harmon) who drunkenly announces that he is wanting to reinvent the horror genre and be this generation’s Wes Craven. We later see him directing his own slasher film and then slagging off the Found Footage genre for its unoriginality (a rather precious line the film is treading given that this is a sequel to another work in the very same genre). We get an amusing series of scenes as the filmmakers try to track down the relatives of the film’s cast members and Harmon interviews the original’s producer. There is even an appearance from the supposed ‘directors’ of the original – Colin Minihan and Stuart Ortiz playing themselves – who are amusingly dismissed as being no more than editors.

Of course, all of this playing of the original as a real film masked under the guise of fiction does tend to inflate what was a rather ordinary work in the first place. Now Grave Encounters suddenly becomes something being referred to as being infinitely scarier and more influential than one remembers it being. However, the very novelty of approach this version takes makes it a much more interesting film. In fact, I soon came to find Grave Encounters 2 to be a much better and cleverer film than the nondescript original.

The sequel slips into much more regular patterns once it arrives at the asylum. Even there, the film is constantly subverting the scares we expect – a ghostly mist on the infra-red camera turns out to be one of the camera crew farting; an ominous pounding at the door only turns out to be the security guard. There are repeats of a number of jumps from the first film – the rocking horse moving all on its own, the changing topography of the building, the window that opens of its own accord, ghosts with extended faces – but Grave Encounters 2 does the remarkable thing of repeating them while managing to make them much spookier. The best effect is where the group make an escape from the hospital and we follow them as they return to their hotel, where they gather their bags and go to depart – only for the hotel’s elevator to deliver them right back into the hospital’s basement.