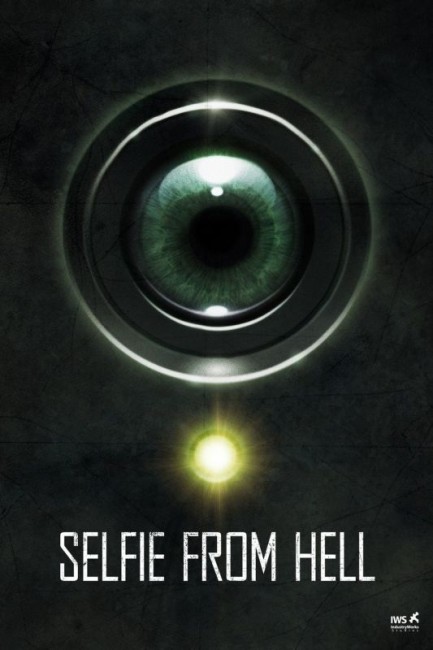 Hannah Lang has her cousin Julia, a video blogger, come to stay with her in Vancouver. Julia arrives in a fear-filled state and collapses soon after she arrives. With Julia bedridden and unresponsive, Hannah becomes concerned – even more so when she discovers a series of articles on Julia’s computer that insist she is dead. Hannah and her online friend Trevor Jones go in search of The Black Room, a site on the darkweb that Julia was investigating. Trevor gives Hannah stringent warnings about not giving away personal information but she relents and does so to F34R3473R after he offers to reveal the location of The Black Room. Soon after, Hannah starts to receive taunting phone calls from F34R3473R and sees shadowy figures inside her house, at the same time as F34R3473R is the only one she can rely upon to find help for Julia.

Selfie from Hell is a feature-length directorial debut for Erdal Ceylan, a Canadian-based director of Turkish origin, who had previously made a couple of short films. Ceylan expanded the film here from an earlier 90 second short film Selfie from Hell (2015), starring Meelah Adams who plays a similar role as the bedridden cousin. The short simply consists of Adams taking selfies and noticing a dark figure in the background, which then comes and devours her.

Erdal Ceylan is clearly riffing off recent internet and social media-based horror films such as The Den (2013), Open Windows (2014), Unfriended (2014), Friend Request (2016), Nerve (2016) and Host (2020). The very concept Selfie from Hell suggests a film built on a gimmick of the moment – the popularity of the ‘selfie’, a term for the self-taken shot that originated amid the explosion of the cellphone camera. Selfie was even named the Word of the Year by The Oxford English Dictionary in 2013. The term has become a widespread – there was even a short-lived comedy tv series Selfie (2014).

The film starts off along the lines of the original short film where the plot has now been expanded more along the lines of Ring (1998), concerning a cursed selfie. However, this quickly slides into being more of a variant on The Den where the initial supernatural/cursed selfie element is forgotten and the film becomes more about the heroine being harassed by sinister figures from the web. The idea of the mobile/selfie horror film is abandoned soon in and what we get mostly takes place with the use of laptops and concerns happenings on the darkweb.

The gimmickiness of the title premise gave me low ambitions for Selfie from Hell but Erdal Ceylan turns out a solid show with one or two undeniably creepy moments once he gets to the heart of the story. The film builds up with passable effect but then tapers off at an ending that fails to give us many clues about who the sinister people from The Black Room are or the nature of the cursed selfies. The main problem you sense is that Ceylan was offered funding based on the popularity of the original short and was forced to awkwardly expand a gimmicky idea that had never been thought out much beyond the initial 90 second short.

You also keep asking some basic questions of common sense that the characters in the film seem to lack – while the heroine’s boyfriend does recommend she downloads Tor for browsing the darkweb, why doesn’t he also recommend she avail herself of a VPN? Or for that matter the film seems to get hung up on the idea of the heroine giving away her email address – email addresses are not like giving out terrestrial postal addresses, why doesn’t she just use a burner account like everyone else when it comes to engaging in questionable activities?