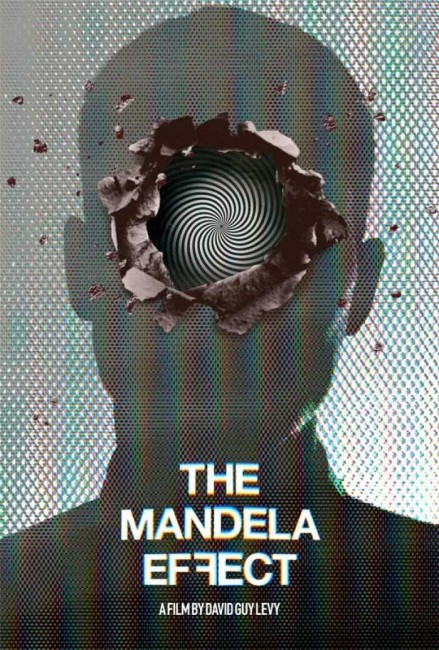 Computer programmer Brendan and his wife Claire are shattered when their young daughter Sam is swept away and drowned at the beach. In the aftermath, Brendan begins to observe strange things. First he notices that Sam’s book about the Berenstein Bears is now called the Berenstain Bears. He delves into internet conspiracies boards and video channels and discovers that there are many other instances where people’s memories of things have changed. This is called The Mandela Effect after people had certain memories that Nelson Mandela had died in jail in the 1980s and were startled to find that he was still alive and had become a public figure. Brendan becomes obsessed with these theories and the belief that they offer glimpses of a parallel or altered timeline. Claire becomes upset with his obsessiveness. Brendan contacts physicist Dr Roland Fuchs who advances a radical theory that we are all living in a vast computer simulation and that these examples of the Mandela Effect are in fact glitches in the programming.

The Mandela Effect was a theory put forward in 2009 by Fiona Broome. She had a memory that South African leader Nelson Mandela had died while in jail during the 1980s and was surprised to find he was still alive and was certain that her memory of events had been altered or that she was in an alternate timeline. She launched a website and later published a series of books on the topic. (It should also be noted that Broome lists herself as a ‘a paranormal consultant’ and runs ghost hunter courses online, which should give you an idea of the fringe area that all this is coming from).

The idea promptly took off and became the stuff of YouTube conspiracy theories and Reddit threads. People came forward with dozens of other examples of memories that appeared to have changed – that the comedian Sinbad appeared in a movie called Shazzam, the Berenstein/Berenstain Bears, Looney Toons/Tunes, the fact that Hannibal Lecter never says “Hello, Clarice” in The Silence of the Lambs (1991). The theory is that these are remnants from changes that have been made in the timeline. Psychologists put it down to False Memory Syndrome – simply that people remembered things wrongly.

This is a film about the Mandela Effect from David Guy Levy. It is Levy’s third film and he had previously made the horror film Would You Rather (2012), as well as produced The Wait (2013), The Driftless Area (2015) and London Fields (2018).

David Guy Levy makes less a dramatic film about the Mandela Effect than he does a dramatised equivalent of one of the YouTube videos explaining what it is. At various points, Charlie Hofheimer gets to mentions most of the major examples cited of the Mandela Effect – the Berenstein/Berenstain Bears, the Monopoly Man’s monocle, Curious George’s tail, that Darth Vader never says “I am your father, Luke” in The Empire Strikes Back (1980) and of course the belief that Mandela himself died. Much of the film consists of an increasingly crazed-seeming Charlie Hofheimer running around boiler plate quoting from various Mandela Effect theories to wife Aleksa Palladino or her brother (Robin Lord Taylor alias The Penguin from tv’s Gotham (2014-9) who still looks weird even in a regular acting role).

There is a very extensive list on the end credits acknowledging the numerous video clips that play throughout, many of which are taken from actual YouTube videos about the Mandela Effect. What does make the film dubious is the selective use of excerpts from respected scientists in the public eye such as Neil deGrasse Tyson and David Suzuki. Each of these are so briefly tossed in and without their original context that it would be very easy for someone to make the assumption that these are scientists who are coming out in favour of a wacky conspiracy theory. The only one who actually can be said to do so is a clip featuring Elon Musk talking about living in The Matrix.

Most adherents of the Mandela Effect seem unaware of how alternate history should actually work. If you take an event such as say the death of Nelson Mandela in the 1980s then everything that would be affected by that person does not happen. In other words, with Mandela’s death maybe there is not such a high-profile advocate for the end of apartheid and so white South Africa still remains in power. That could mean that two parents who met during the anti-apartheid protests worldwide do not meet and have the child they did and said child no longer goes on to do what they did. Or political decisions resulting from the rise of the ANC to power no longer get made and the face of world affairs starts to change. I am not enough of an expert in South African politics to speak of these changes in detail but it is like a butterfly effect. The assumption of most Mandela Effect adherents is the erroneous one that it would result in a world identical to the one we are in except for minor misspellings of some brand names whereas in reality every change would spread outwards and affect other things like a ripple on a pond.

That said, The Mandela Effect becomes much more substantial during its latter half when we go from Charlie Hofheimer running around firing off half-baked Mandela Effect theories and get into Simulation Theory – the idea that we are all living in The Matrix a la naturally enough The Matrix (1999). This is an idea that has been posited as a possible rationalisation for the Mandela Effect. David Levy Guy has fun building out on it with talk about ‘procedural generation’ – that many aspects of the world might not exist in three-dimensions and only be there to maintain the illusion while aspects of the Mandela Effect are like leftover glitches in the system from various edits and updates.

The latter third of the film stops being a series of dramatised lectures and builds out an interesting plot as we see Charlie Hofheimer trying to develop a computer loop within the simulation that will cause the system to overload and crash. This is where the film is at its most speculative but it is fun where we finally see the simulation start to fall apart and Charlie Hofheimer exiting into an empty campus, images of ladies disappearing through a bus floor, faces dissolving into digitised streaks, buildings becoming bare outlines and planets exploding in the sky above.

This was the first film to deal with the popular conspiracy theory that the world we are living in is a simulated reality and we have since seen other works on the topic with the likes of Bliss (2021) and the documentary A Glitch in The Matrix (2021).