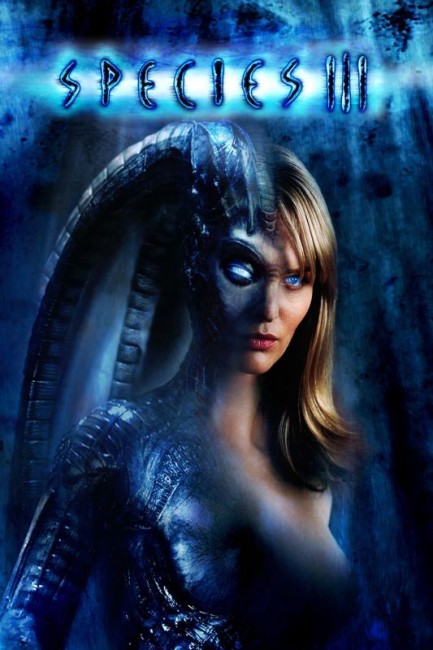 Biochemistry professor Bruce Abbott is driving back to military base in the ambulance containing Eve’s body. He deliberately drives off the road just as Eve’s dead body gives birth to a baby. He then flees with the child, taking it and raising it in the laboratory in his home, keeping its existence a secret. The child grows into a woman in a very short space of time, taking the name Sara. An alien half-breed visits Abbott’s office where it melts down. Abbott realises that the alien species is dying out. Taking his colleague Dean into his confidence, Abbott mounts a plan to use Sara’s DNA to perfect the rest of the species and allow them to survive. As Sara asserts her independence and Dean is attracted to her, she comes under attack by other half-breeds that are trying to mate with her in order to survive.

Species (1995) was a silly film that combined the basics of Alien (1979) with heated sexuality and a femme fatale modelled on Basic Instinct (1992). Species proved to be a reasonable hit and spawned an entirely ludicrous sequel Species II (1998). Species III was a further sequel that was released direct to video. Species III exists in multiple versions – a PG version for broadcast tv, as well as an R-rated one that was seen in US videostores and another version (seen here) that was released unrated in the US but seen generally by the rest of the world.

Species II was terrible but Species III improves on it (somewhat). It places some semi-interesting twists on the original idea (far more than Species II did) – of the alien child having been tamed and growing up, others of its kind seeking to mate with her and melting down because they cannot breed. Whereas Species II had some incredibly silly looking makeup effects, Species III has some good effects – the alien man who melts down and spills his tentacled guts open in Robert Knepper’s office; Sunny Mabrey transforming into a H.R. Giger creature and impaling Christopher Neame in the forehead; the man who grows a new arm after it is severed by a train; another man who is severed in half. At least, unlike Species II, the effects never draw attention to themselves by their absurdity. There is the odd amusing line: “You don’t want the tongue” (a warning). Brad Turner, a director from tv, is certainly a much better director than Species II‘s Peter Medak and creates some passably absorbing atmosphere.

In the end though, even though it introduces some fresh ideas to the franchise, Species III is nothing remarkable. The romance between Robin Dunne and Sunny Mabrey as the alien girl does not work. The original character of Sil, who was designed as a predator, has been decidedly wimped out by now – what we have here is not much more than a film that lives around the level of the silly soap operas with people in occasional lizard masks of tv’s V (1983-6).

Species III gets particularly silly when it gets to the part about aliens advertising themselves via sex ads on the internet and Robin Dunne’s roommate stealing his research data to send so that he can score with the alien bad girl. The whole good alien girl/bad alien girl battle in the last quarter of the film gets even more ridiculous, least of which is the tired cliche of the good alien girl being swayed by feelings.

The Species saga was continued with Species: The Awakening (2007).