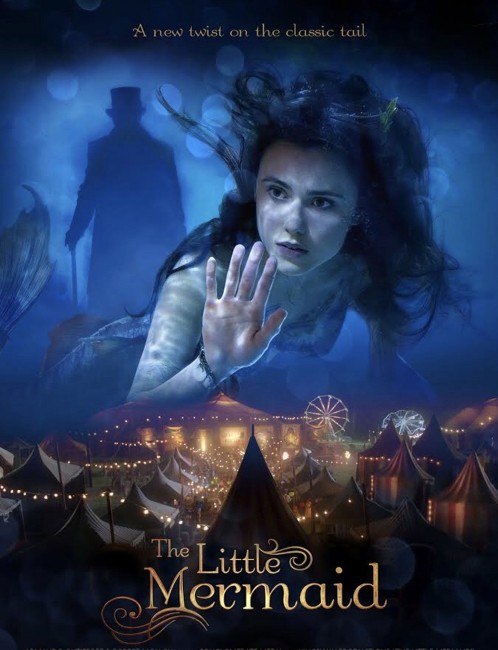 A grandmother tells her two granddaughters a story of mermaids. In the 1940s, journalist Cam Harrison was left with guardianship of his ill niece Elle following the death of her parents. Cam’s editor assigned him to go to Mississippi and investigate a circus that reportedly offered healing mermaid water. Cam and Elle travelled there, finding the circus where the owner Locke displayed the mermaid Elizabeth. Dubious about the so-called miracles being offered, Cam was attracted to Elizabeth. He then discovered she was a real mermaid but was being held under magical thrall to Locke. As he attempted to free Elizabeth, Locke set his attentions on the magical abilities that Elle displayed and determined to capture her so that he could become more powerful.

Like the 2017 film, this is not an actual adaptation of the Hans Christian Andersen fairytale but a film that merely appropriates its name. In fact, it did do so successfully that people assumed that its trailer was the one for the live-action remake of the Disney film – there are two trailers for the film floating about on YouTube and both have accrued 2.5 million views since their launch.

We do get a telling of the Hans Christian Andersen fairytale in the opening scene (rendered in shoddy cut-price animation that causes one’s hopes for the film to plummet badly). Otherwise the fairytale and film are two occasionally similar but just as equally divergent films. Both feature a mermaid character that falls in love with a surface person. In both, there is the character of the witch (who here becomes a magician played by co-producer Armando Gutierrez) who keeps the little mermaid in thrall because they have captured part of the mermaid’s essence (her voice in the original, a magic crystal that seems to be her heart here). On the other hand, there is no equivalent of the reporter and his niece, nor anything to do with any circus, in the original fairytale.

The Little Mermaid is a nicely made film. Debuting director Blake Harris only has a B-budget at his disposal but uses it well. The film makes the most of its colour and locations. This is not a work that travels too much out of being a nicely made average film but you do appreciate the sincerity with which it is made.