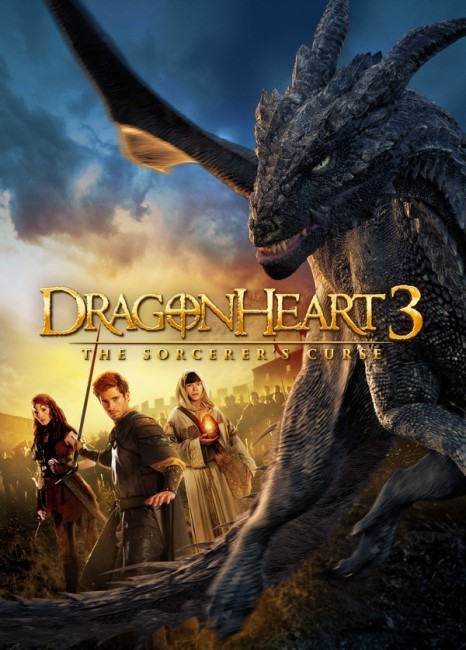 Gareth has been an apprentice knight to the cruel Sir Horsa but is rejected for his failure to be ruthless enough in pushing poor peasants in the collection of tax money. He is told if he can return with 100 crowns, he can buy his way back to a knighthood. When a meteorite comes down from the sky, Gareth learns that magic is usually associated with it. He decides to venture north of Hadrian’s Wall into the dangerous lands of the wild Picts. He finds the meteorite only to discover it is a dragon. He leaps into action to stop thieves stealing the dragon’s eggs but is wounded. Impressed by his nobility, the dragon comes and shares its heart with Gareth. In so doing, it learns to speak and the two become friends. Brude, the ruthless sorcerer who has usurped the druids, seeks to capture the dragon and casts a spell that causes it to turn it into a phantom whenever it comes near fire. Joined by the dragon, which he names Draco, the Pict girl Rhonu and the bumbling novice druid Lorne, Gareth sets out to retrieve the dragon eggs and earn his knighthood.

DragonHeart (1996) was a modest success. It came out early in the CGI revolution and its appeal lay in a CGI-created dragon voiced by Sean Connery and its witty conman relationship with its would-be dragonslayer Dennis Quaid. The rights were retained by Raffaella De Laurentiis (daughter of Dino) who produced a cheap direct-to-video sequel with Dragonheart: A New Beginning (2000). Now, fifteen years later, after the previous sequel has largely been forgotten and the original is the stuff of tv and cable re-reruns, Raffaella De Laurentiis returns with a third film, which we gather is intended as a prequel to the original and shows how Draco arrived on Earth (from where is never particularly clear). This was also followed by two further sequels Dragonheart: Battle for the Heartfire (2017) and DragonHeart: Vengeance (2020).

A good deal has changed between 2000 and 2015 (or for that matter between 1996 and 2015). The most noticeable of these is that the fantasy genre underwent a huge upsurge following The Lord of the Rings: The Fellowship of the Ring (2001) and sequels and spawned a great many epic fantasy imitators. The upshot of that is that when Dragonheart 3: The Sorcerer’s Curse premieres, it slots far more easily into a familiarity with the tropes and background of what an epic fantasy should be than the previous two films did.

The other thing is that the CGI revolution has evolved vastly since 1996 and the dragon we have here, even though the film is being produced on a medium budget, looks far more convincing and detailed than it did in both of the other films put together.

The film works reasonably well. The relationship between handsome Julian Morris and the pale, thin but feisty Tamzin Merchant is a predictable bickering-attraction one but the film and either actor makes it work. The script charts a sufficient epic journey, although it does feel stretched having to work in yet another dragon/human symbiosis. It also feels strained trying to tie in the Arthurian legends as a historical backdrop.

The major mistake the film makes is to shuffle the dragon off to the side for much of the running time (although admittedly, the effects of it being rendered invisible and skeletal are some of the best in the film). There is never fully enough there that Dragonheart 3: The Sorcerer’s Curse rises above being a formula fantasy film, although it does have its odd moments, mostly in the relationship between the leads.