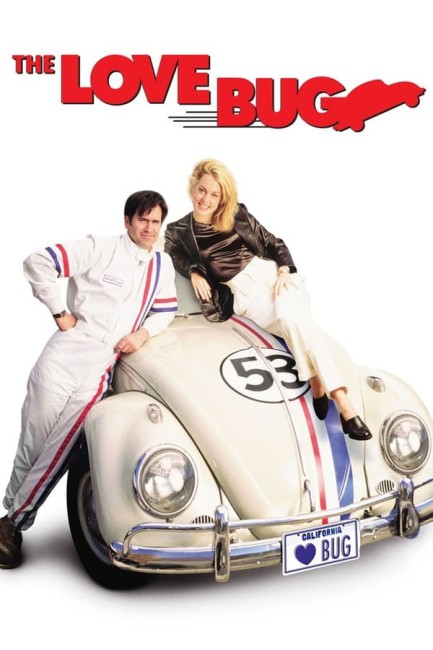 Herbie the Volkswagen is now owned by self-important racing driver Simon Moore III. After losing a race, Moore discards Herbie to the junkyard. Former racing driver turned mechanic Hank Cooper is persuaded by his boss to enter a competition where he has to choose a wreck to work on, repair it and then race it to the finish line. The car Hank chooses is Herbie, which suddenly comes to life and goes on to win the race with a spectacular stunt. Moore is one of the judges. Intrigued, Moore starts investigating Herbie’s apparent sentience. He tracks down Herbie’s creator, the German scientist Gustav Stumpfel. Stumpfel relates how he was asked to create an intelligent car by the US government and how it came to life after he accidentally dropped a picture of his beloved wife into the vat of metals. Moore now employs Stumpfel to create an evil version of Herbie. He sends his car, which he calls Horace, out and it trashes Herbie. Stumpfel, along with original owner Jim Douglas, comes and helps Hank rebuild Herbie. Moore then challenges Hank to a race where the winner will walk away with both VWs. However, what Hank has not realised is that Moore has built Horace with a series of deadly attachments.

The Love Bug is a tv movie remake of Disney’s The Love Bug (1969). The original The Love Bug was of course the film that introduced the character of Herbie the Volkswagen. Herbie subsequently went on to appear in a series of Disney films – Herbie Rides Again (1974), Herbie Goes to Monte Carlo (1977), Herbie Goes Bananas (1980), a tv series Herbie the Love Bug (1981) and one further cinematic entry subsequent to this with the Lindsay Lohan starring Herbie: Fully Loaded (2005).

The good thing is that The Love Bug 1997 is one of the better Herbie films and a good deal better than anything that has been made in the series since at least Herbie Goes to Monte Carlo. Indeed, it is the first of the Herbie films to throw some interesting conceptual spins on the series. For the first time, Herbie is given an origin story that tells how a German scientist was employed by the US military in order to create a ‘people car’ (an amusingly literalistic confusion of the English translation of ‘Volkswagen’) who brings it to life when he drops a photo of his beloved wife into the mix. We learn that Herbie is also an empathic creature that reflects the thoughts of its owner. We even get an evil car created as a villain to go up against Herbie. In fact, The Love Bug 1997 puts the Herbie idea through more of a conceptual workout than all of the other Herbie films combined.

Bruce Campbell, known from various Sam Raimi productions and horror films, is surprisingly well suited to playing a standard Disney comic hero with his lantern jaw and cartoonish mock serious expressions. On the minus side, we do not get much of the cute car antics that were the mainstay of all the other Herbie films until almost right at the end. Certainly, when it gets there, this version does have some wonderfully dotty images in the tradition of the other films, like the two halves of a bifurcated Herbie racing for the finish line. If The Love Bug 1997 had been made on the theatrical budget that was wasted on the useless Herbie: Fully Loaded, it could have been a reasonably good film.

Peyton Reed also directed the tv remake of Disney’s The Computer Wore Tennis Shoes (1995). Reed later graduated to mainstream comedies and romantic comedies with the theatrically-released likes of Bring It On (2000), Down with Love (2003), The Break-Up (2006), Yes Man (2008) and the Marvel Comics superhero films Ant-Man (2015) and Ant-Man and the Wasp (2018).