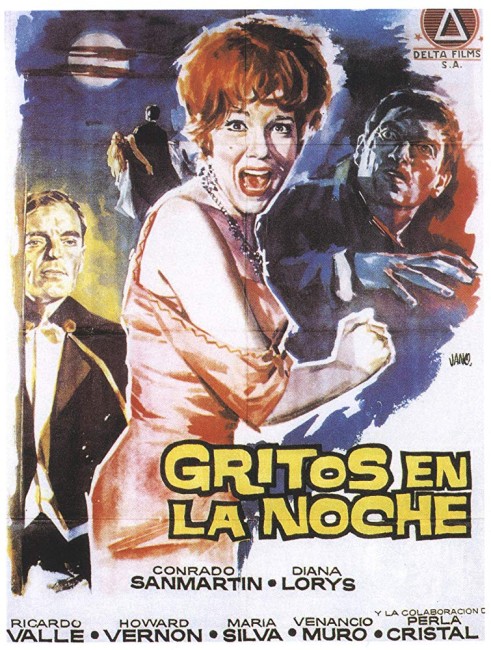 aka Cries in the Night; The Demon Doctor; The Diabolical Dr Satan

London, 1912. Police comb the city for a killer who is abducting and killing women. Behind the killings is the brilliant surgeon Dr Orloff who, with the aid of his zombified assistant Morpho, is determined to perfect a means of grafting a face onto his disfigured daughter.

The Awful Dr Orloff was the first film from Jesus Franco, who would go on to become the genre’s most prolific director, having directed some 199 films up until his death in 2013. He was still going in the 2010s at the age of 80. Franco ventured into many genres including horror, pornography, spy films and science-fiction. Franco became one of the most notorious genre directors as well, his films often containing a sadism and he proving prolific in the incredibly sadistic Women in Prison genre. (A list of Jesus Franco’s genre films is at the bottom of the page).

Although there is a cult that surrounds Jesus Franco, most of his output is cheap, terrible and sometimes downright nasty. The Awful Dr Orloff is merely dull and dreary. The plot of a surgeon killing women in order to slice their faces off and attach them to his mutilated daughter is a blatant ripoff of the French film Eyes Without a Face (Les Yeux Sans Visage) (1959), which was released two years earlier. If The Awful Dr Orloff had been made a few years later, when the death of Generalissimo Franco (no relation) allowed a greater freedom of censorship in Spain, Franco would have overrun it with nudity and fixated on feminine facial mutilation. However, without the cheap titillations of later Franco films, The Awful Dr Orloff is a dreary, plodding effort that lacks even that dubious aspect in its favour.

The Awful Dr Orloff was popular and Franco made four sequels:- The Secret of Dr Orloff/Brides of Dr Jekyll (1964), The Orgies of Dr Orloff (1969), The Sinister Eyes of Dr Orloff (1973) and The Sinister Dr Orloff (1984), while Howard Vernon made a cameo as Orloff in one other Franco film Faceless (1987), which was also about a surgeon conducting facial grafts and the killer doctor in Franco’s Jack the Ripper (1976) is also called Orloff. Vernon also appeared as Orloff in Dr Orloff’s Invisible Monster/The Invisible Dead (1971) for another director. Franco also pits Dr Orloff, played by another actor, up against Dr Mabuse in Doctor Mabuse (1971). The monster Morpho later turned up in Franco’s masked heroine film Sadisterotica (1969).